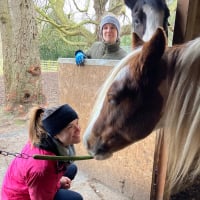 The_Wannabe_Gardener NorthamptonshirePosts: 13
March 2021 in Garden design
Good morning all! I'm new here and firstly need to admit that I am not a gardener in any sense of the word. So I need to apologise in advance for the many posts I will likely make while I try to design my garden.

So the garden is a totally blank canvas as it is a new build and it was rather large. We both like the idea of some sort of modern Japanese fusion and our first idea is to install a pergola against the sunny side of the house. Hubby to be is dying to grow Wisteria up it but my darling mum keeps telling us it will destroy the house. If we were to plant the Wsiteria against the posts furthest from the house, would we be OK to grow it there?