I know this might sound silly. Am I correct saying if I want my hedges to grow taller and thicker I need to trim off the top along the red line I marked?

It is a case of "cutting back to thicken" the top as it get taller? Is now the time to trim? Is pruning the same as trimming?

Hope you can advise. 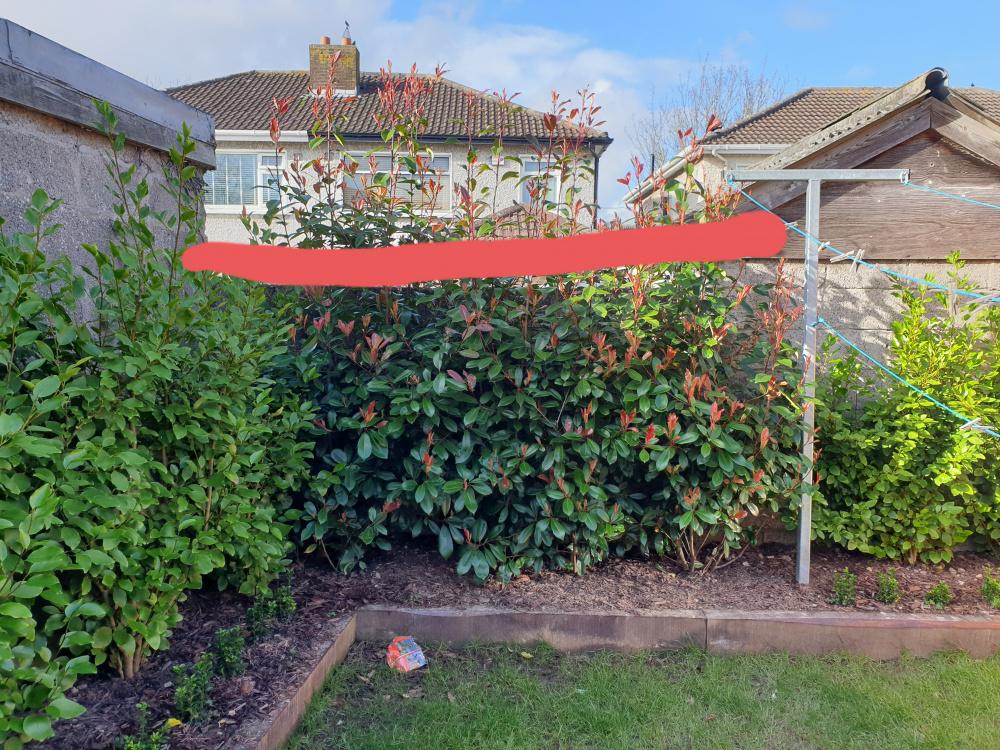