Why are birds not using the feeders + how to make the garden better for biodiversity? 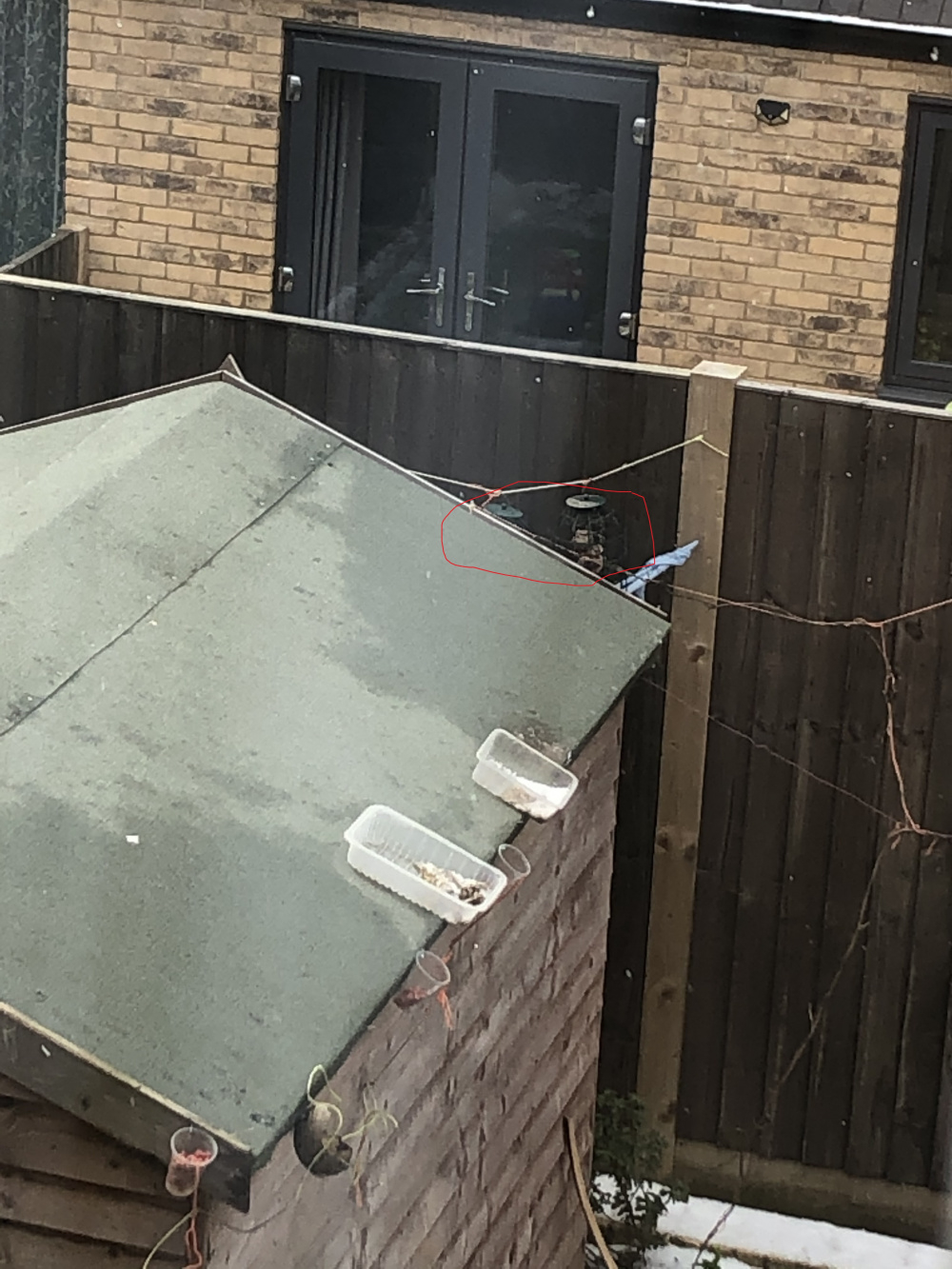 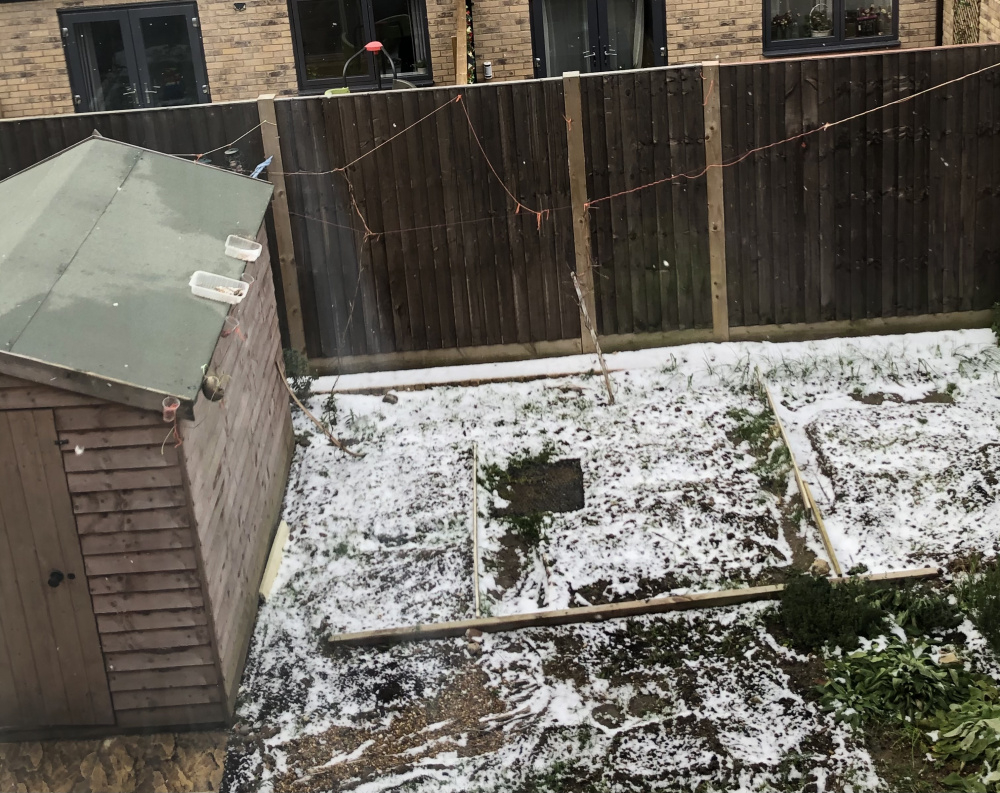 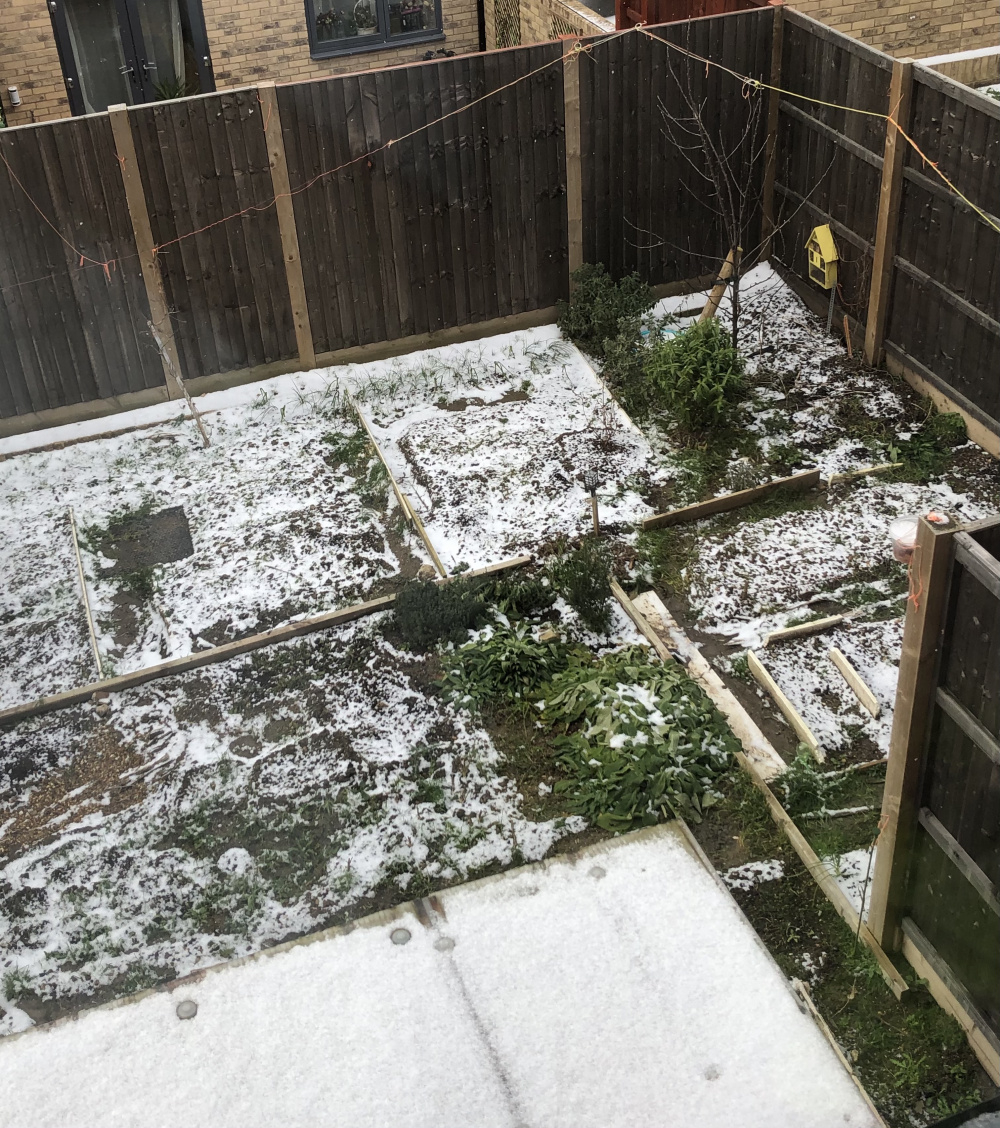 I had two bird feeders, one with seed and one for lard balls, originally hanging off the side of the shed. The one with seed used to empty out in the summer. In autumn, the seeds weren't touched but when I put out lard balls mixed with seeds when it got a bit colder, they were eaten up. But about a couple months ago, neither were touched. So about a month ago, I moved them to the back of the shed (circled in red in first picture) where there is a mini-"pond" of sorts and more cover - I noticed birds flocking there in summer and autumn, plus it's more sheltered so thought the feeders were more likely to be used. However, since then, neither the seed feeder or the lard balls appear to be touched. I've seen robins and what looked like a sparrow out in the garden, plus magpies and pigeons.

I should add I live in a newly built housing development, and the soil was nothing just about a year ago; all the plants and gardening in the development has only happened in the last year, so maybe wildlife is only coming in now.

But I did notice that with some lard balls I left on top of the wooden fences, robins and other birds would come and eat it. But not the ones in the feeders?

If it's not eaten, should I just put them on the fences eventually before the temperature goes up and there's a risk of it going rancid?

Follow up question, what vegan options are there for fat balls, instead of buying suet or lard (for cultural/religious reasons)?

Also, what about the seed feeder?

Due to the cold weather, I also put peanuts in the cups hanging off the side of the shed and those were eaten up in no time and I replaced them! Peanuts placed on the ground (despite risk of mice), I saw being eaten by pigeons, a magpie and I think a robin (I am not good at identifying anything that's not a pigeon/dove).