Azalea? Rhododendron? Something else?

Mander GatesheadPosts: 283
November 2020 in Plants
This plant came in an arrangement I was given earlier this year (various plants instead of cut flowers). It was dying so I repotted it, and it has recovered nicely and is now blooming. But I don't know what it is. Google Lens suggested either azalea or rhododendron, or various other plants that seem unlikely. What is it really? And how long will it last as a house plant? 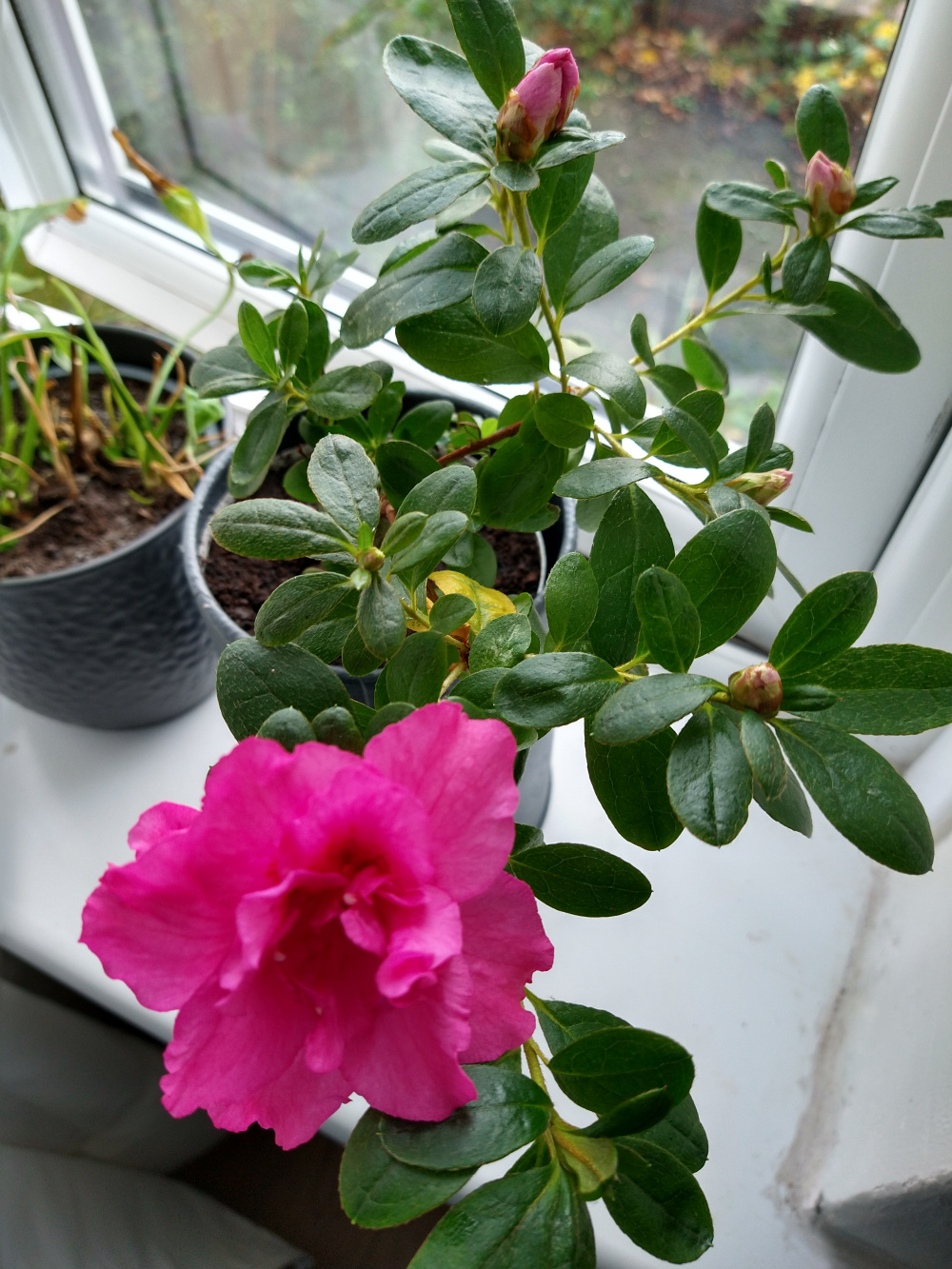