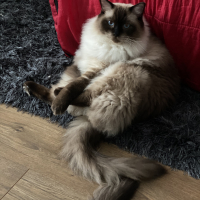 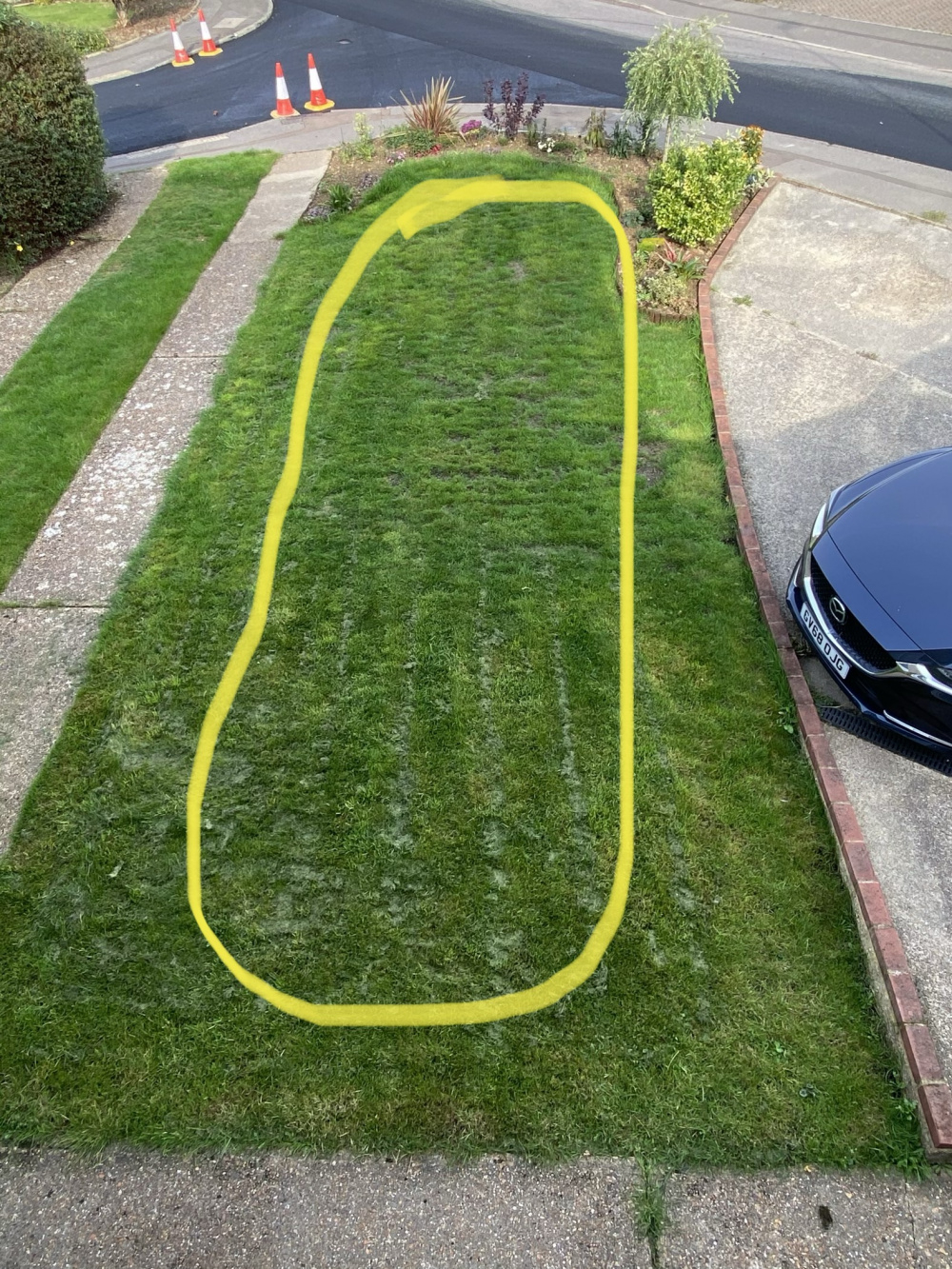 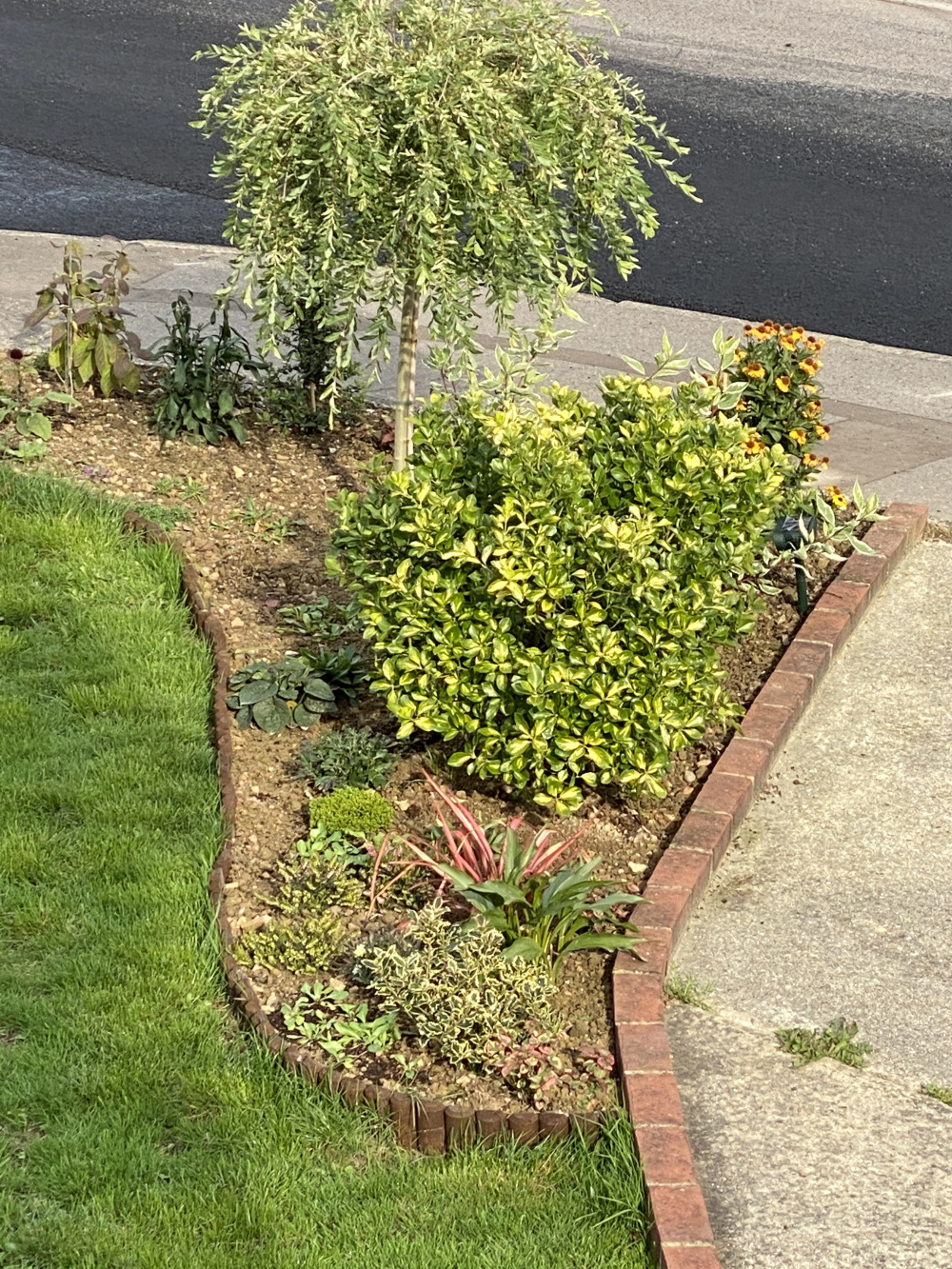 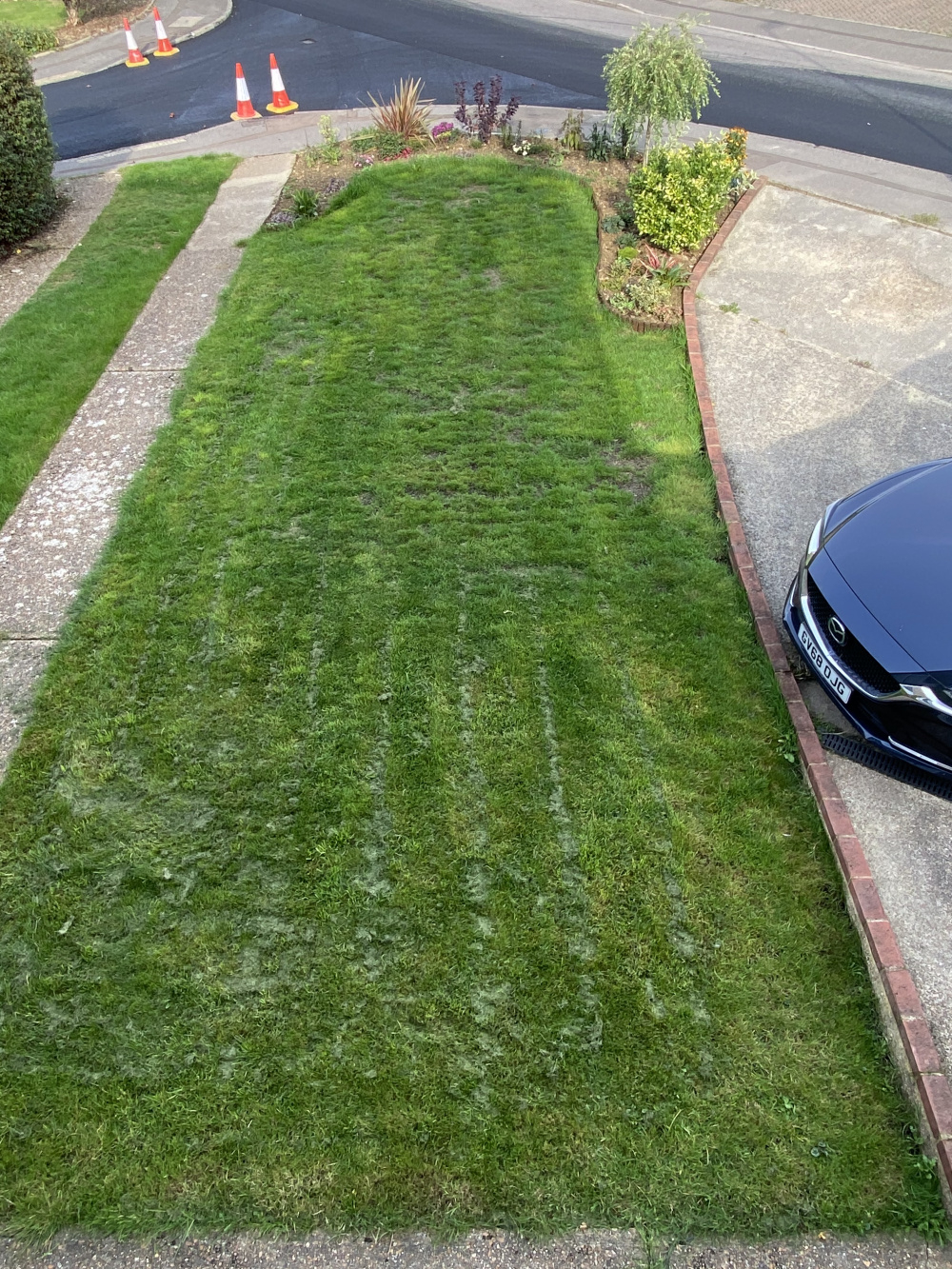 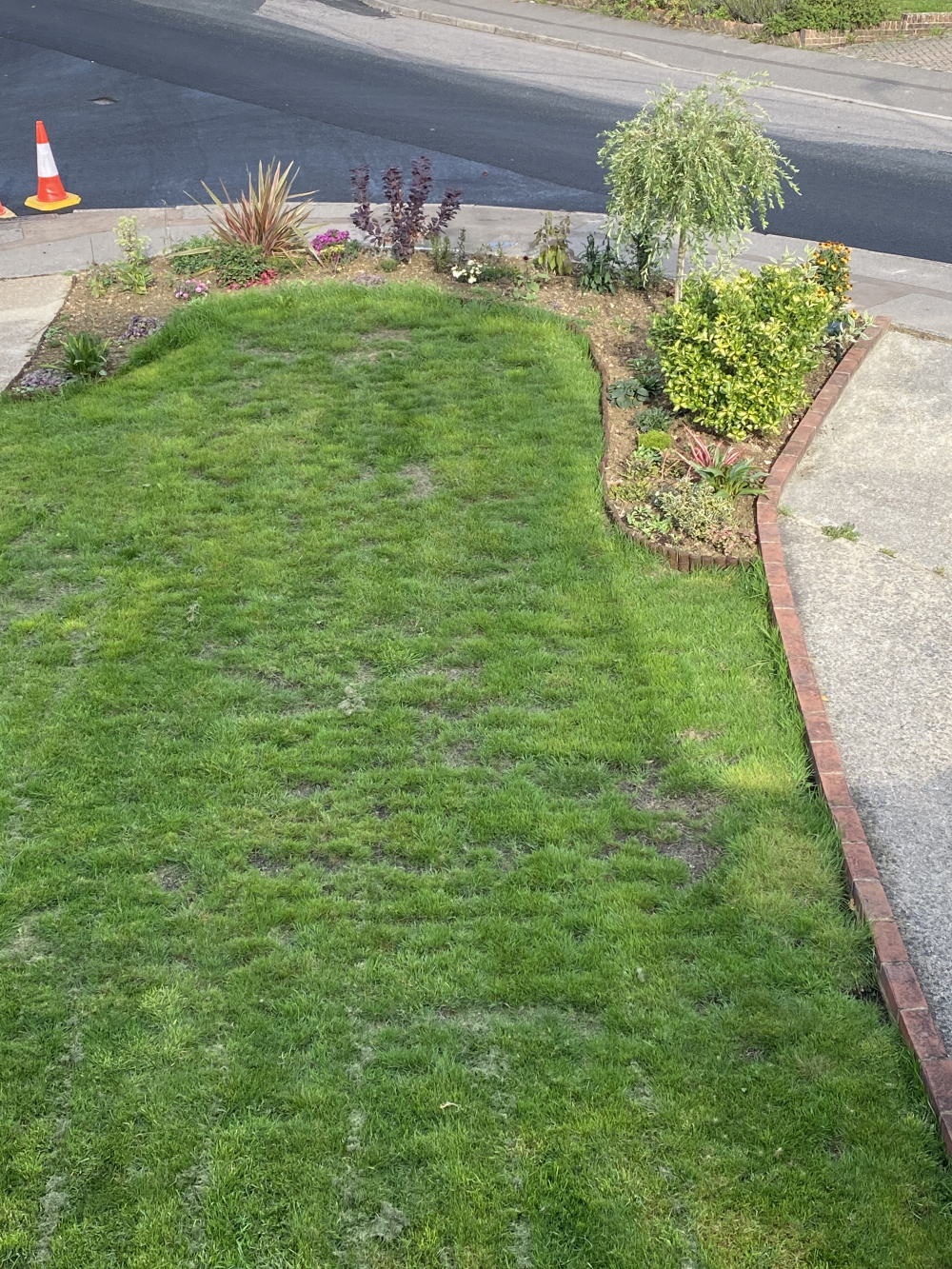 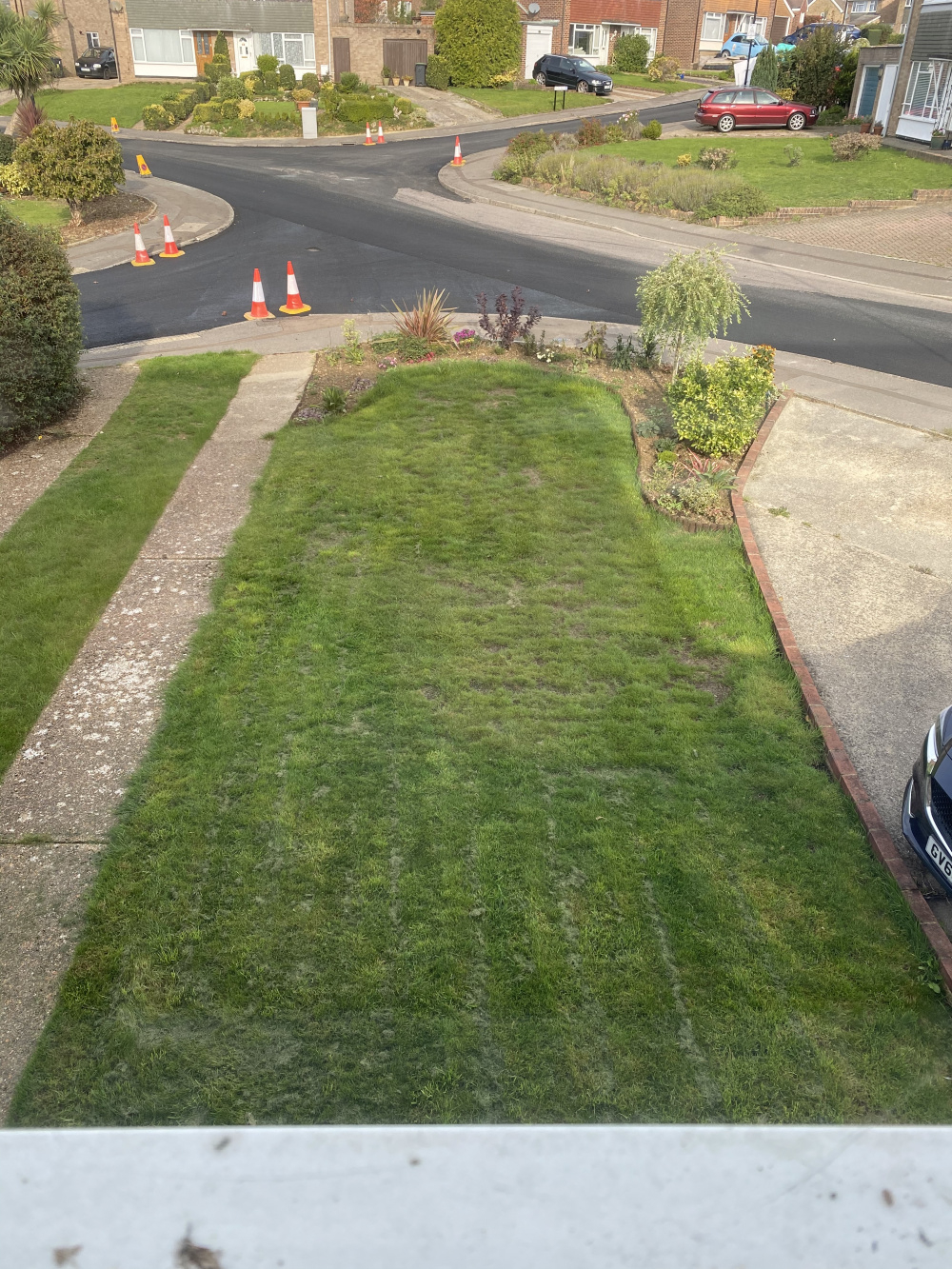 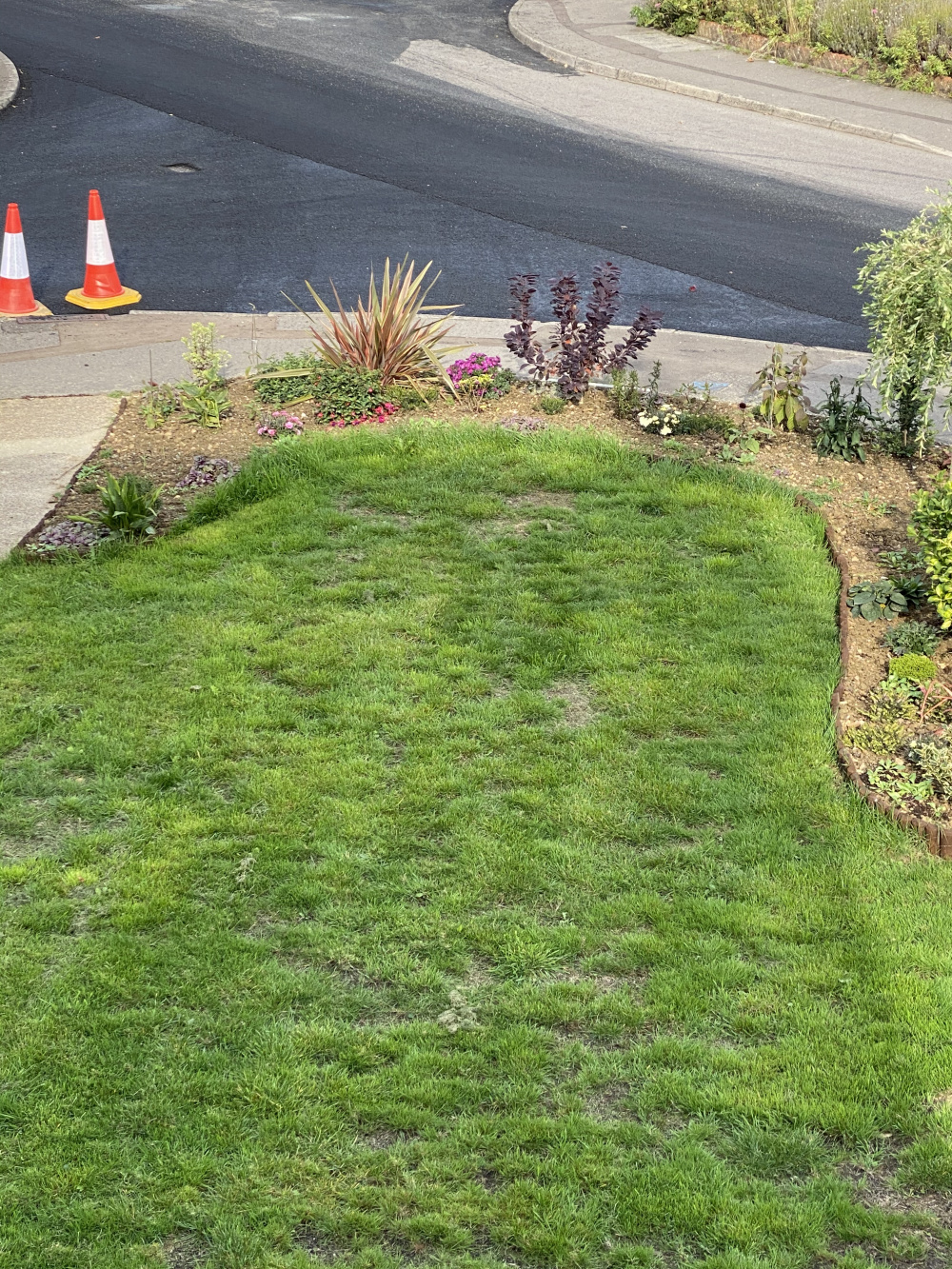 Hello, I am having some work done in my north- facing front garden. The existing border will be extended all along the edges leaving a roughly athletic track shaped lawn in the centre (access on left for lawn mower via rose arch) - see mark-up on pics.

I currently have a Salix Flamingo in the right hand side corner, but also really fancy a Tibetan cherry tree for height and the beautiful bark. My question is where to put the trees: shall I move the Salix to the left corner as it’s under 2m and will not get any bigger and then put the cherry on the right or any other suggestions?