Should we be worried about this bamboo?

We’ve just moved to a new house and noticed what looks like bamboo in the neighbour’s garden directly the other side of our fence. It's about 8ft high along a 10ft section of the fence.

There was also a 4ft tall cane growing in our garden a few feet away from the fence. I dug it up and followed the root back to the fence, then dug along either side and found another 5 or 6 roots have come under. There might be more. At least one of these roots has travelled 6ft across our lawn and had shoots coming up from it. We’ve dug this up now, which looks messy but it’s not a major issue as we want to dig all that section up at some point. Our whole garden is 20ft by 40ft so we imagine if left unchecked it could become a problem.

It would really helpful to know what action people would recommend:

We haven’t met the neighbours yet. They might be new to the area too so we don’t know if they planted it and don’t want to cause a dispute or ask them to do anything unnecessarily. But if it’s something we should both try and get under control asap we’d like to know before we chat to them about it.

Can you tell from the pic if this definitely is bamboo and what type it is? As you can see it’s not that thick. The close up is from the 4ft cane in our garden but the more mature one’s are similar. The canes don’t have ridges, which from a search suggests it’s non-invasive clumping rather than running, but if it’s found it’s way across our garden that suggests it is running?

We don’t know anything about bamboo so any help or advice would be appreciated, thank you. 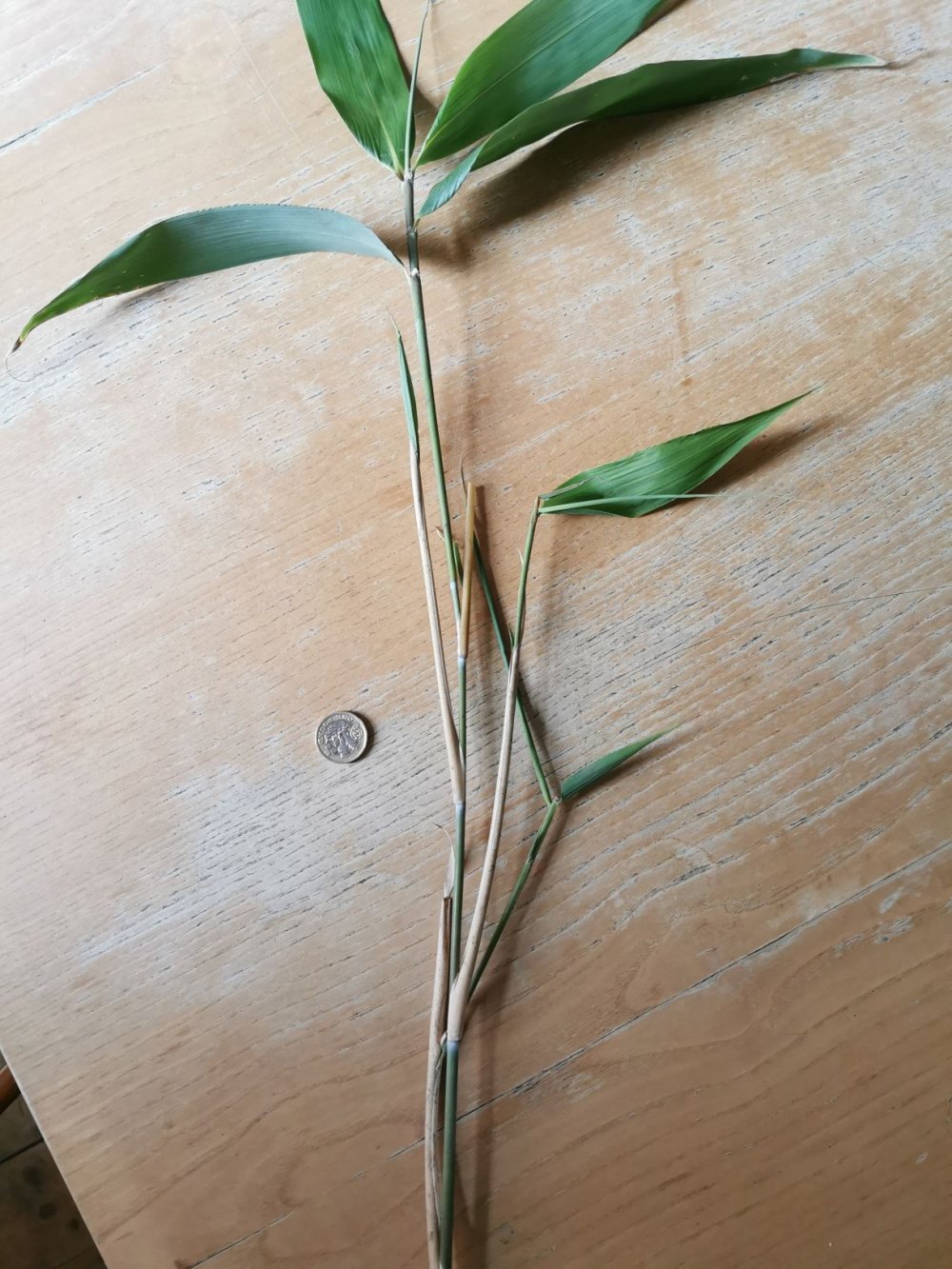 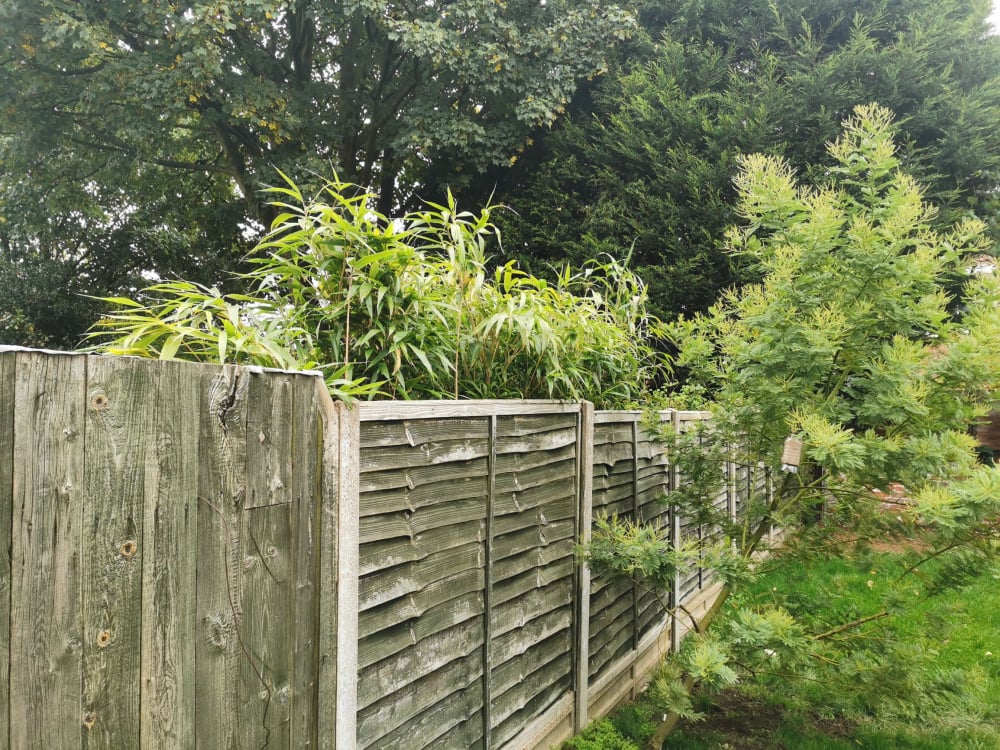