What to plant in this bed?

I am hoping your collective wisdoms may be able to help.

My fiancée and I moved into our house last year and are slowly getting around to sorting out the garden. It was previously rather ignored and unloved.

At the end of our front garden we have an area of decking next to which is a small bed. This bed is backed by a fence that faces almost due North with a low evergreen hedge on the neighbours side. We also have a large leylandii hedge at the end of our garden (to the West corner of the bed). The bed gets some sun towards the mid and later afternoon (and early evening in summer) but is generally quite shielded.

When we moved in the whole bed was full of dead raspberry canes and one live plant. I dug up and removed all the dead canes but the remaining plant has been great this year providing a really good double crop! 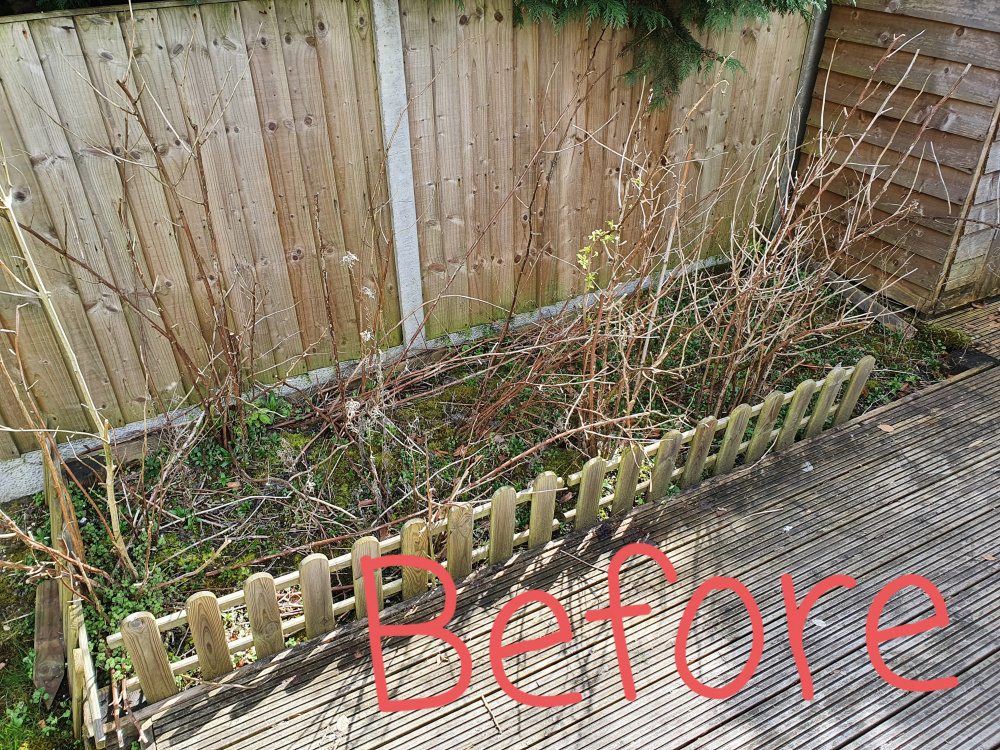 I am struggling with what to now plant in the bed though as it is currently just weeds and the raspberry plant (as well as some bulbs i planted but stupidly forgot to write down what they were! Some of these have grown and flowered this summer but the majority have not.)

I would love to make a small alpine rockerry but am not sure if the the bed receives enough light for this. Another idea i had was to plant colourful Heathers. My dad suggested ferns but my fiancee and I would like something a bit more colourful and we would prefer ornamental plants to fruit/veg...although I do enjoy having the raspberry plant haha!

I've attached some photos of the bed for context! Looking forward to hearing any suggestions!! 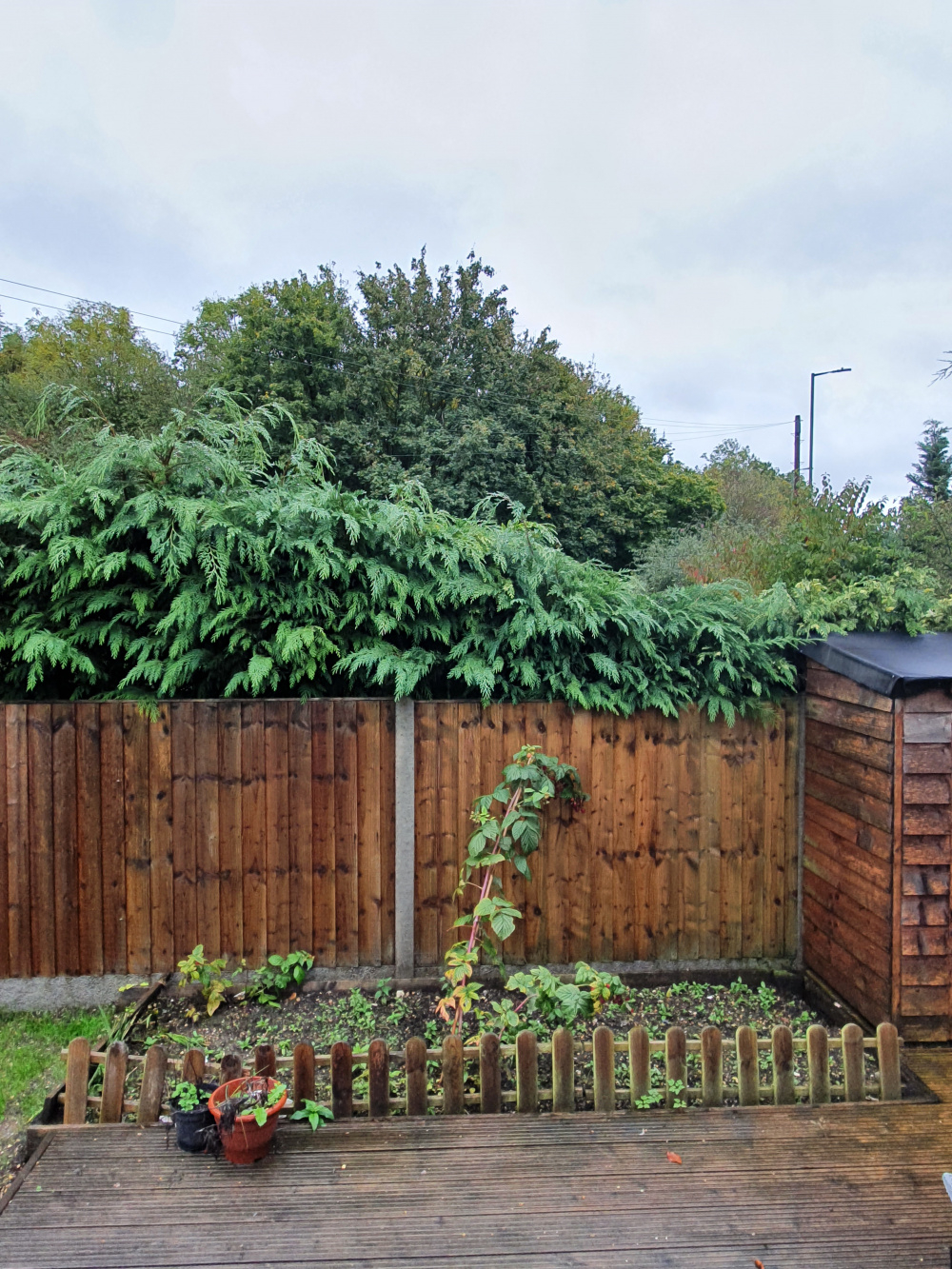 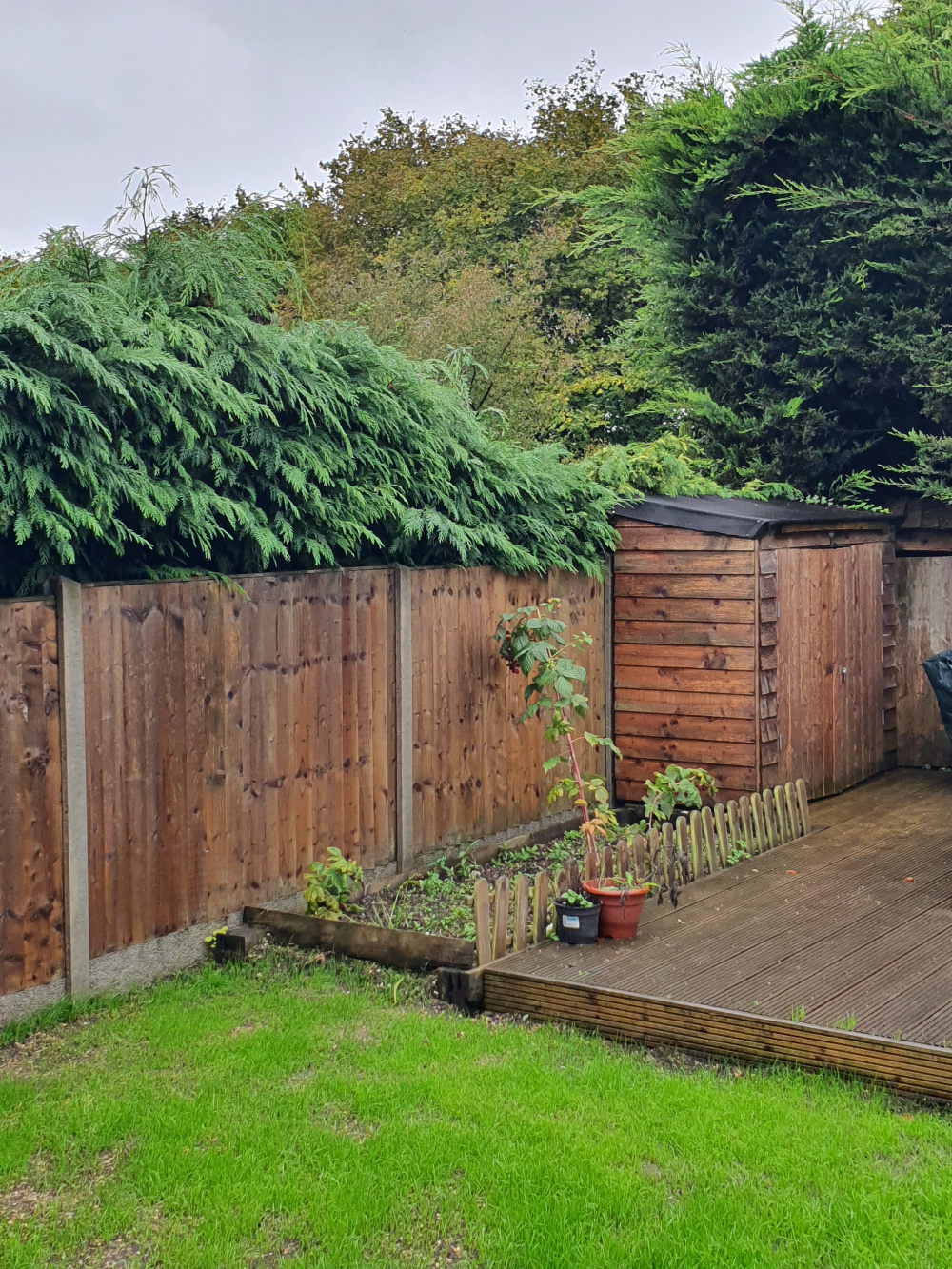 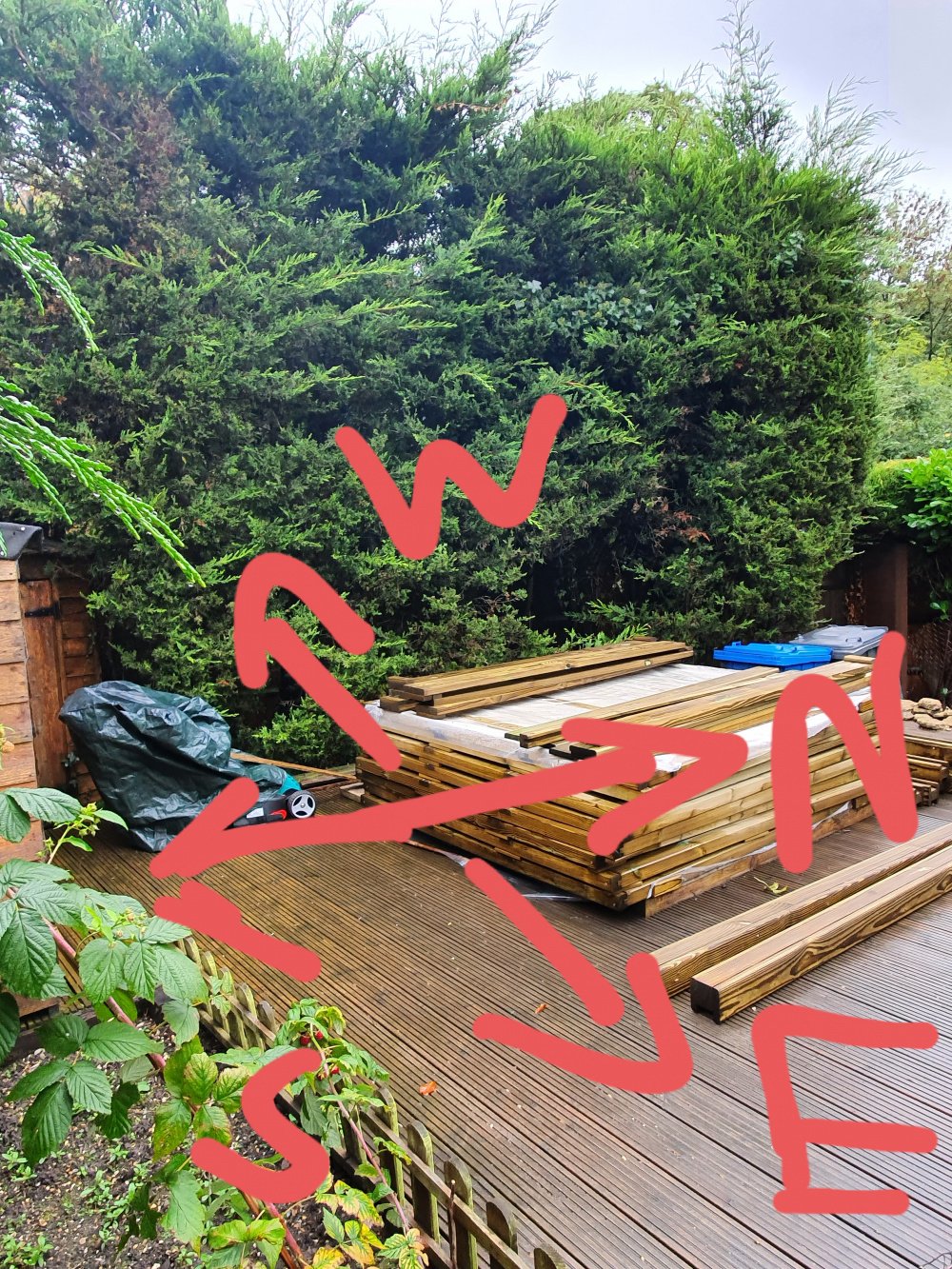 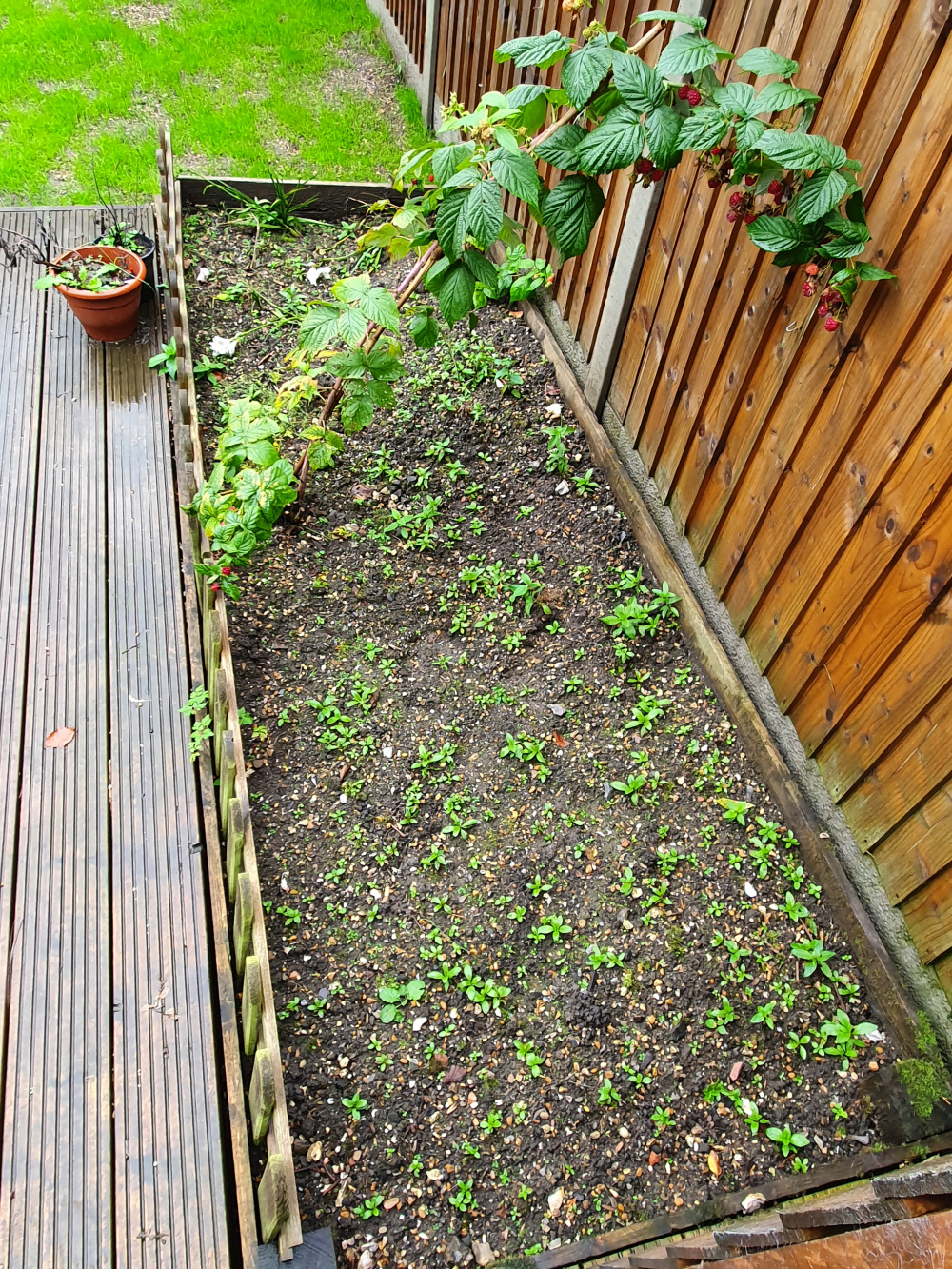