I have Red Robin tress with thin trunks that give some screening.  I think they are about 2-3 years old now.

The are not very thick (bushy) does anyone know if they will get any thicker and if they will spread out any further?
Should i be pruning them, and how often and how to do it 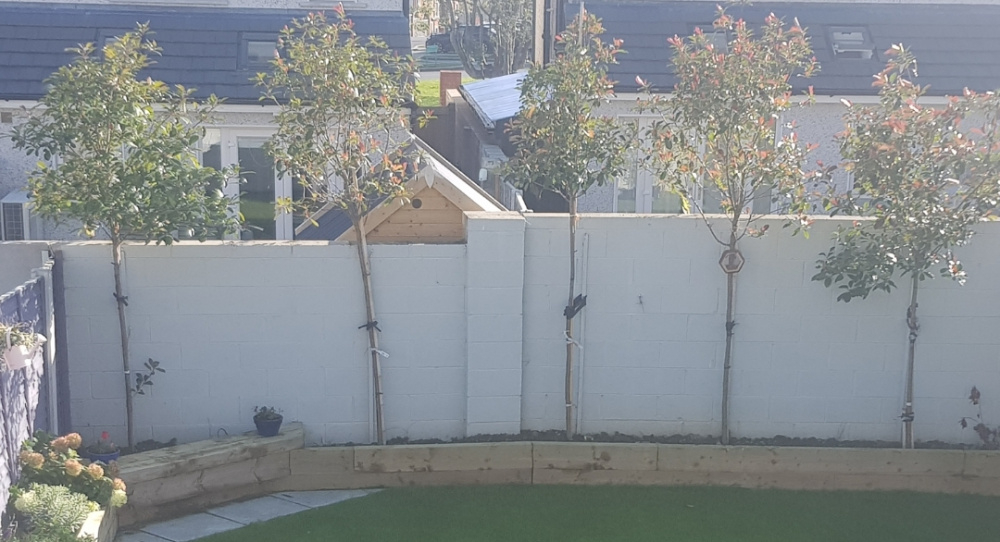