Should I throw this tomato away?

I think my tomato has blight or some sort of disease. Theres a lot of foliage and not much tomato.

Given that we're going into autumn, do you think I should dispose of the plant? (and if so to compost it or not?) 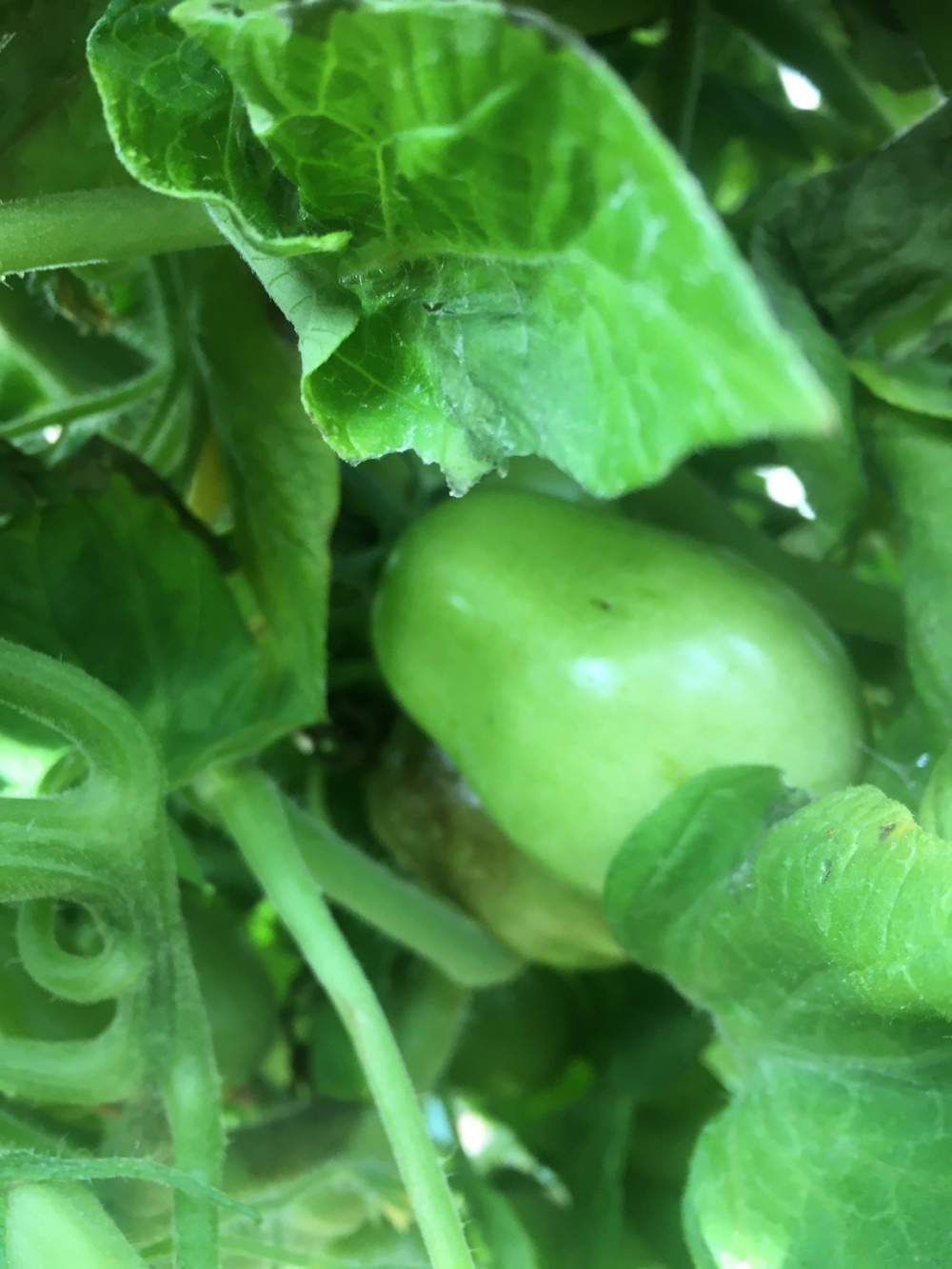 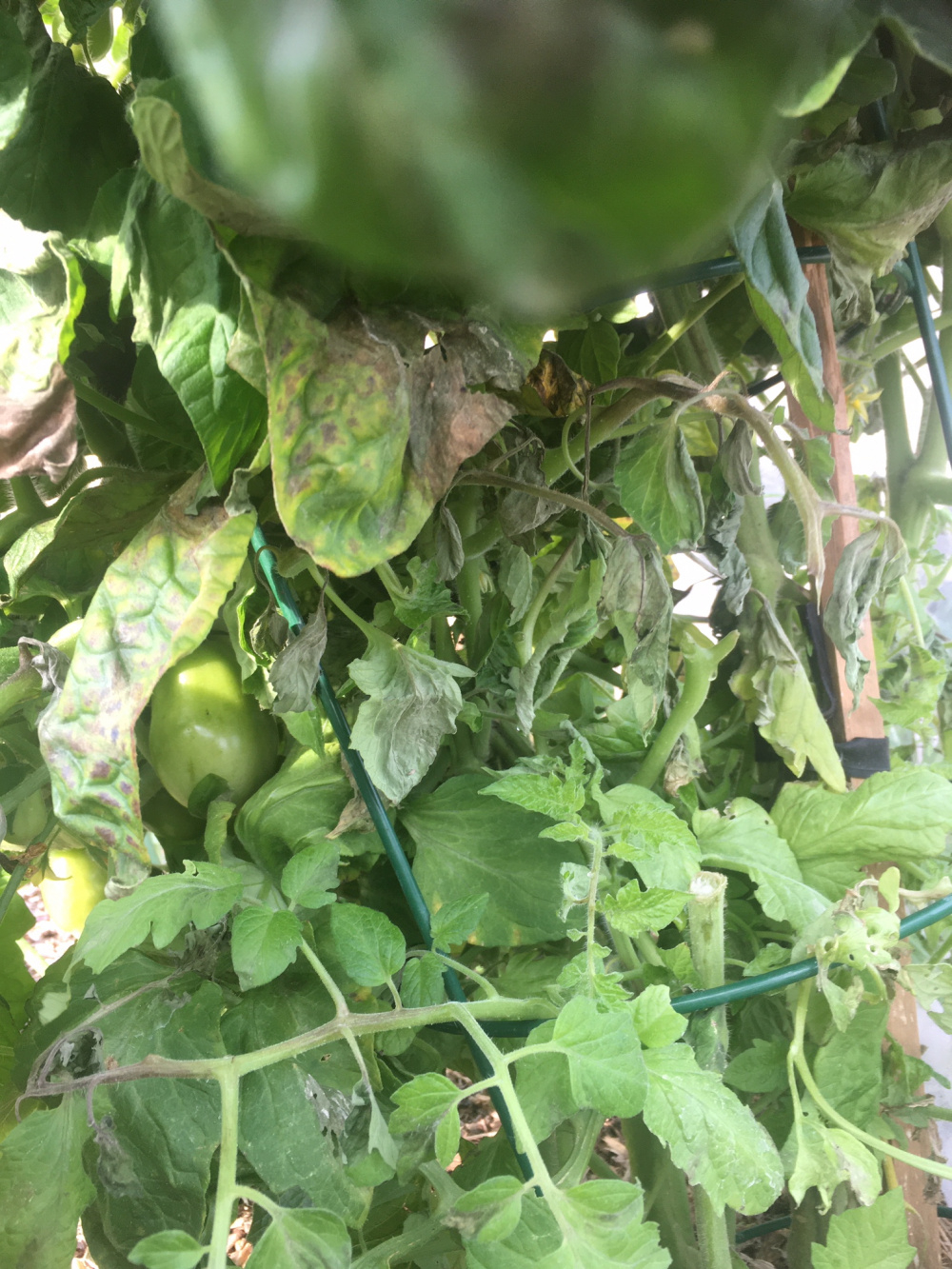 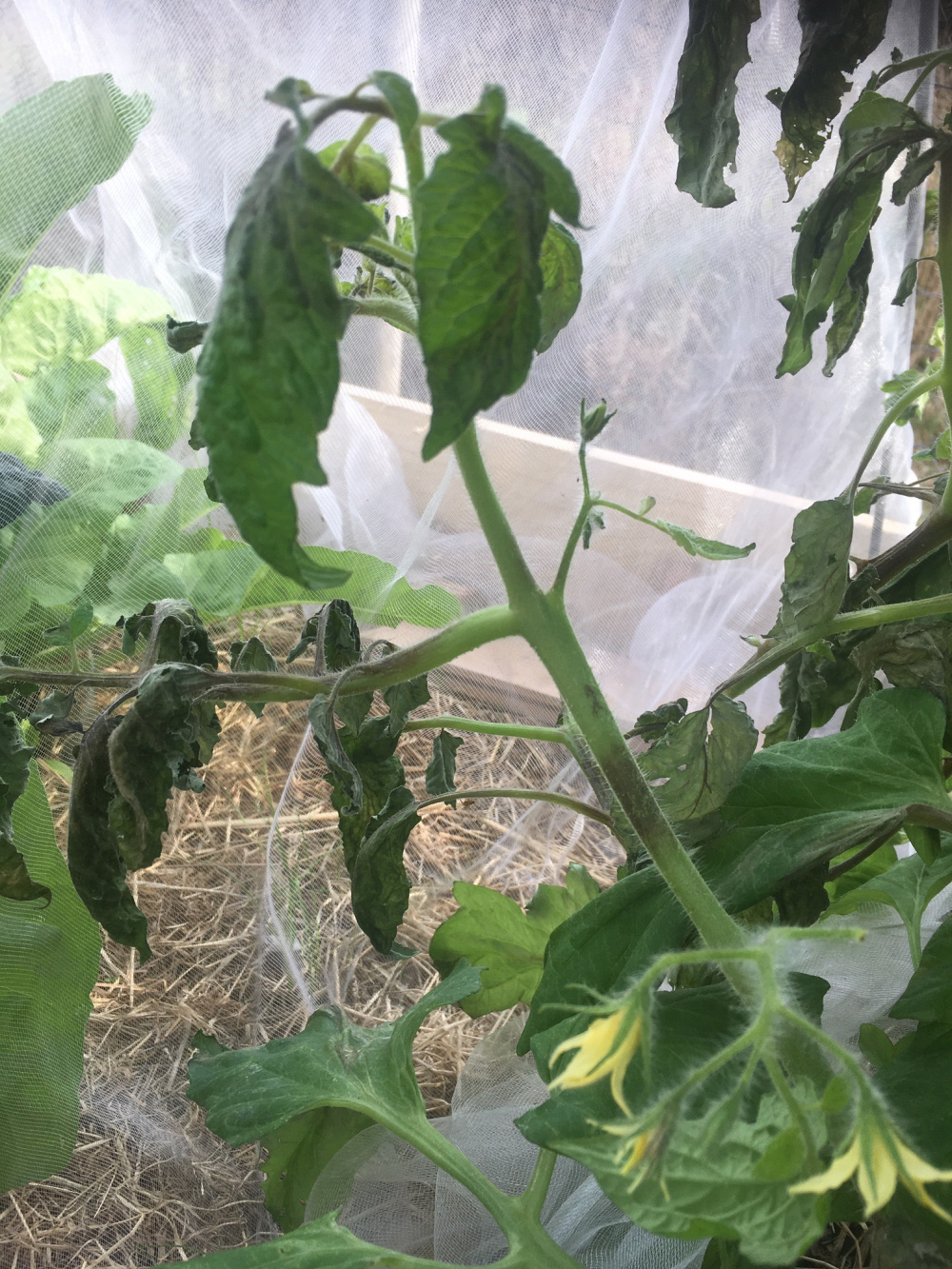 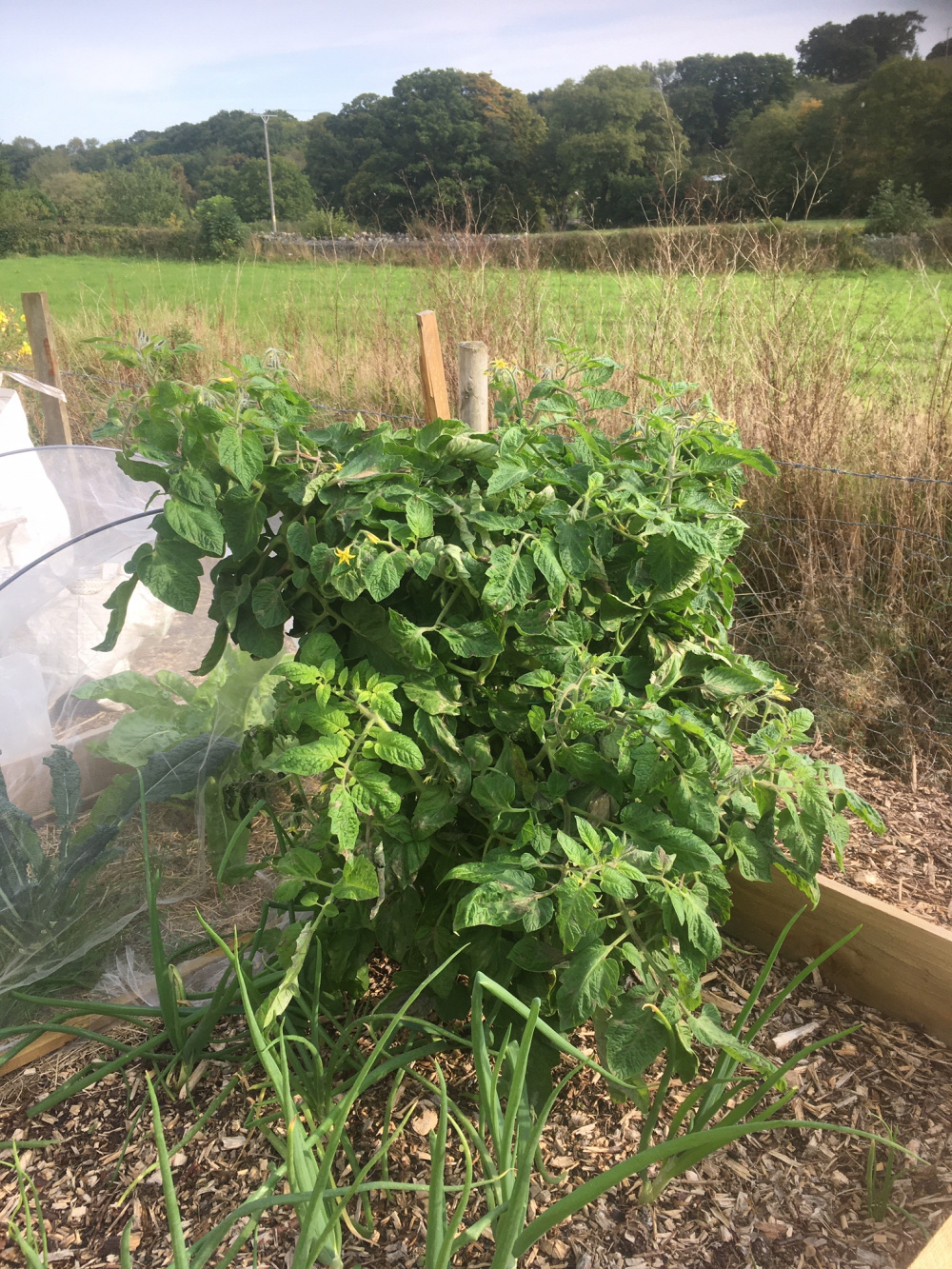