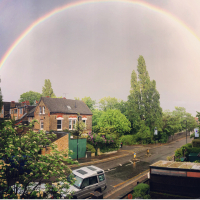 steven.g.garner Posts: 51
14 September in Plants
Hi, I’m looking to move a clematis avalanche, I planted this back in may, it’s probably about 5 feet high currently (from 2 stems). Is this ok to do now or do I need to be aware of anything or treat this specifically??? @Fairygirl I’ve had lots of good advice from you on Clems!
0