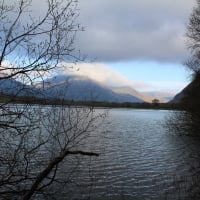 Andyman Posts: 30
September 2020 edited September 2020 in Plants
A few years ago I bought a Japanese Anemone called 'September Charm' from a local garden centre and planted it in my front garden. Since then it has thrived to the point of becoming a bit of a thug.
I know that I should have read up on the subject before planting it in the garden, and then I would have been aware that its roots spread under the soil and that it can establish itself fairly quickly over a large area when conditions are favourable.
I hesitate to brand it a weed though, because I enjoy the flowers which last right through autumn and into early winter, when most other plants have long finished flowering.
I've read that the only way to rid the areas of the garden where I don't want it to grow is to remove other plants and physically remove all the anemone roots by digging, and then replacing the other plants.
However, I believe that trying to dig out all the roots would be nigh on impossible and any small bits of root left behind would simply regrow.
I wouldn't mind so much, except for the fact that the leaves are quite large and tend to outcompete everything else in the herbaceous borders. This means that I spend from April to July pulling them out in order to allow other plants the room they need to grow and flower. After the middle of July, the leaves are no longer as much of a problem and so I stop pulling them out and allow my Anemones to flower en masse, and they are spectacular.

Please can anyone suggest any suitable companion planting that would not be overwhelmed by my Japanese anemones, or better still, any plants that would actually deter their roots from spreading to where they are unwelcome ?
If not, I'm afraid that I'll just have to learn to live with the problem and continue spending four months of the year pulling out the leaves.
0
«123456»