How to get rid of these weeds? 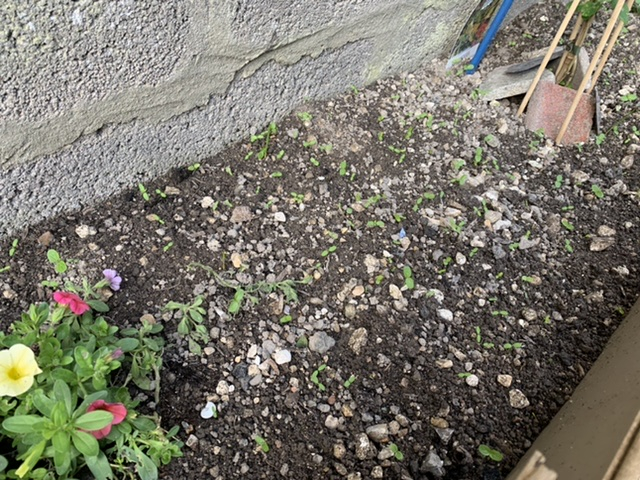 Context: in June I cleared out this flowerbed as it has been neglected for years. I was very thorough and was careful to get the roots and little bulb-y things. And...about every week since, hundreds more appear and I repeat the process. What should I do? Just continue to sift through the soil until I eventually get them all? Someone else advised me that if I just turn over the soil, that will kill them but won’t they just grow back if I do that?
Any advice appreciated. I’m completely new to gardening and know nothing, as it were!
0