Stephanie newish gardener Aberdeenshire/Moray coastPosts: 398
2 August in Problem solving
Hello
I seem to have a weevil problem, which has kind of hijacked this thread here https://forum.gardenersworld.com/discussion/1044535/blown-cauliflowers#latest so I thought it best to link to it and ask for help here instead.
Looks like it could be some sort of rape or cabbage weevil, either on my plants or, more likely (I think, from circumstantial evidence) from a neighbouring field of rape. Google suggests it's too late to treat, so all thoughts are welcome. Photo for identification... These things either fly or jump quite well and are about 3mm long, not shiny so more likely weevil than beetle 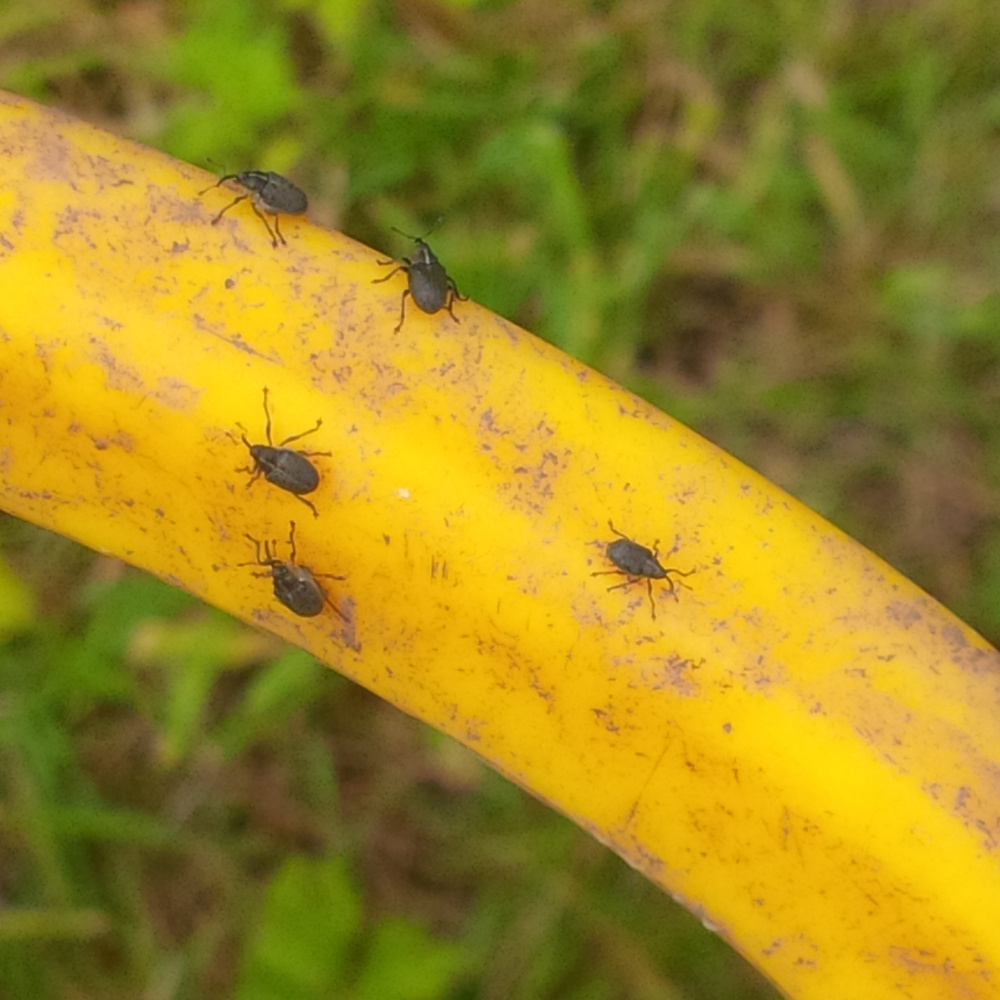