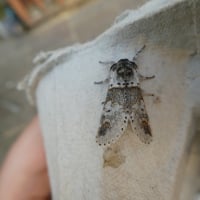 I am currently deciding which plants to put in my wall as it has non-native plants in, so I developed a list. I am doing it only wildflowers and they are going to be in a wall about 20ft long with both ends shaded but the centre in full sun.. It has a depression in the centre and about 2-3 inches of soil.
Which of the following plants would you recommend?

Thanks in advance.
Grow wildflowers in your garden
0