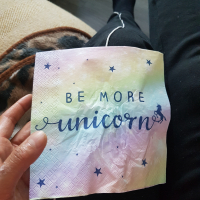 Divinityinlove Posts: 2
21 July in Fruit & veg
Hi.
Some from the second batch of my cherry tomato seedlings have these brown dried bulbs and never showed the first set of leaves..

Anyone know what causes this? I did several things differently.

First batch was in very fine compost, very smooth, wrapped in a plastic bag first with no air holes then when i realised (it was my first ever germination attempt), I punched air holes in and they sprouted the next day from the soil .. They had no extra warmth assistance, just the flat temp which we usually keep at 23°, it was on top of a moist napkin in seed tray with drainage. It germinated fast and most healthy, when i received the growlight, I put them under, but it seemed to dry them out faster, and a few look like they have died.

Second batch, i ised coarser compost, and a seed tray with its own drainage tray (maybe allows less air for them to be in 2 trays of plastic, one with the holes and one to catch the water.. No lastic bag because that tray comes with its own clearblid as humidity dome but again.. No air holes. I had received my heat mat so they germinated on tbere. They didnt germinate fast at all, and when i saw many days had past.. I punched air holes in the humidity dome.. Still nothing.. I took humidity lid off... Nothing.. I took them off heat mat, Eventually they germinate. They were later than the first to germinate hence me reverting back to old methods. Allow air and the general room heat instead of heat mat. Once germinated, they went under grow light straight away.. Several of them developed this brown bud looking things... I took them out from growlight....some got better but not all...

Now I've got both trays under grow light... After yesterday, they looked much better.. So maybe the light was too intense for the second batch whilst young and maybe too long for the first batch as they had also dried out after just a few hours after watering.. (The first time I had them under the grow light all day.. Last week)

I have them both under grow light today as yesterday they did well after I sensed they need some light.. If I see them drying out, I'll put them back on the balcony window sill, we are west facing. Not much sun... 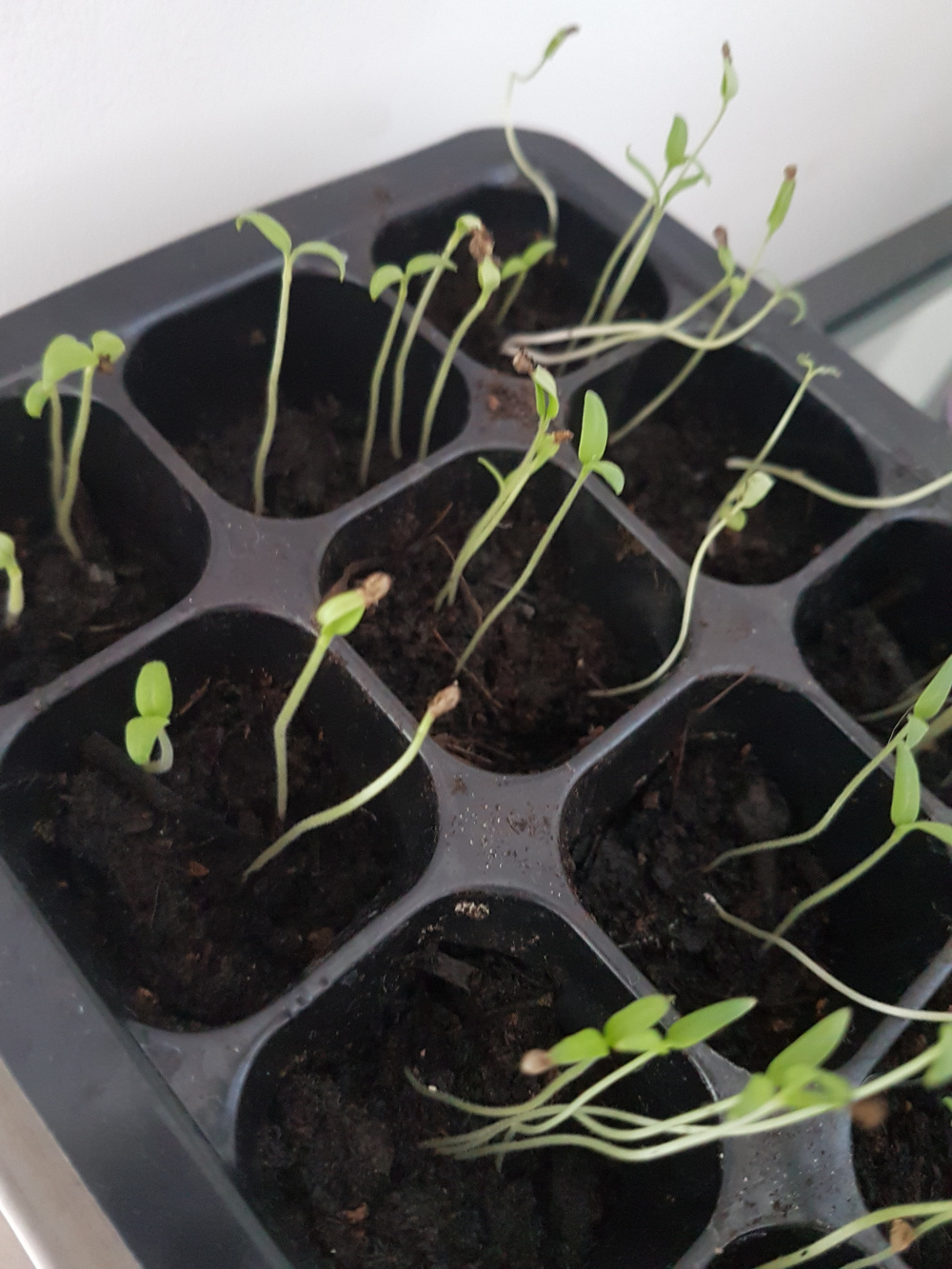 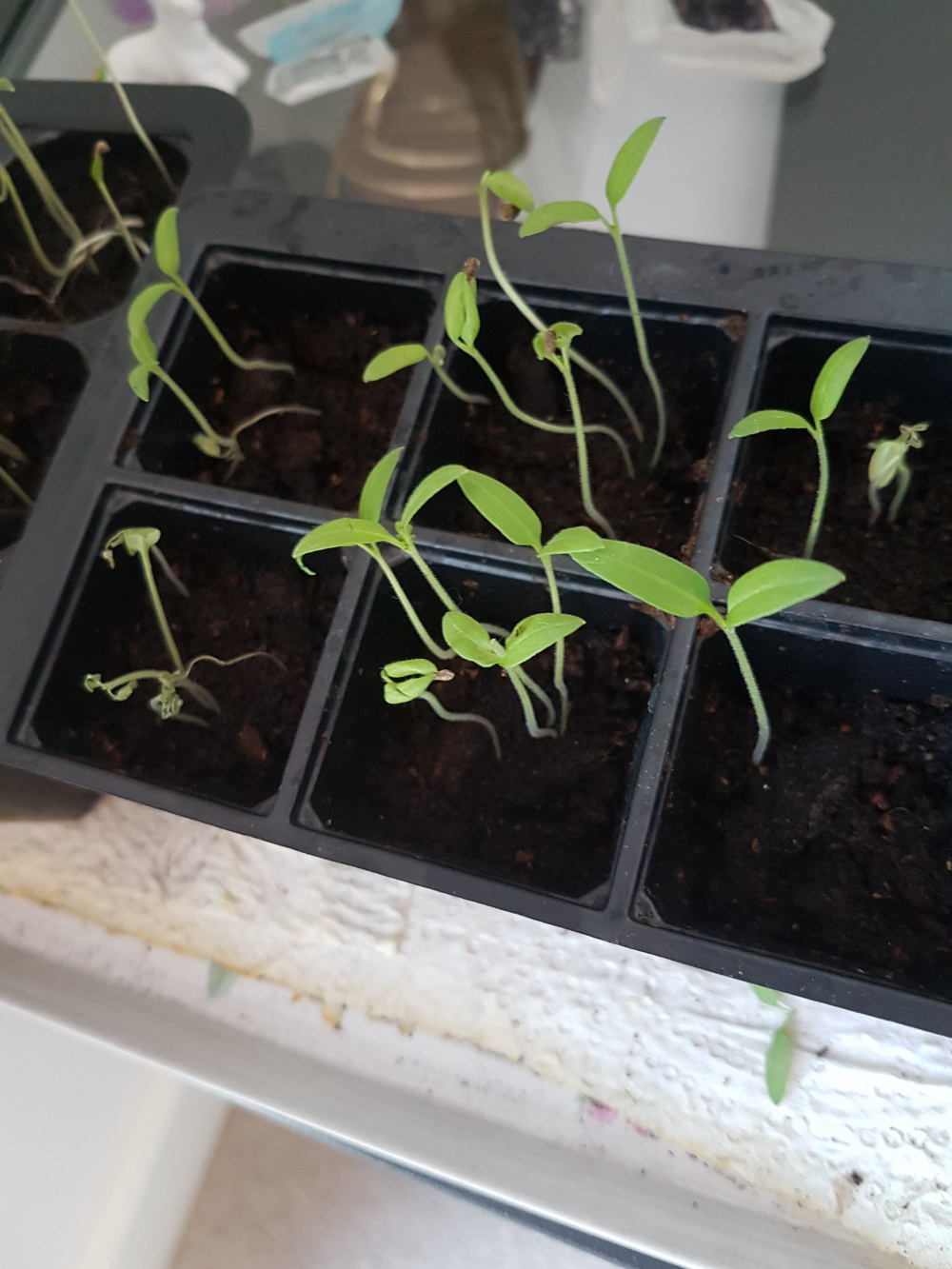 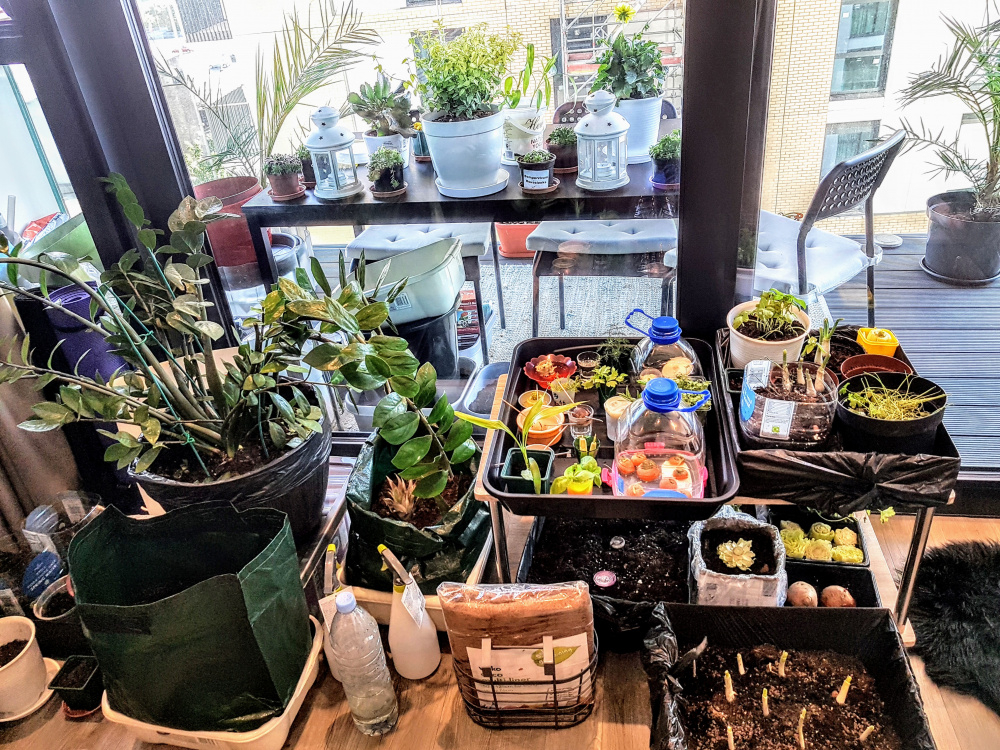