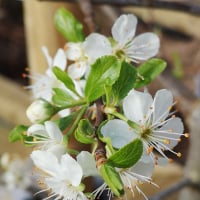 februarysgirl LeicesterPosts: 570
June 2020 in Problem solving
I put some raised beds in last year (I may have mentioned this in a post or two previously 😂) and I'm now prepping what was the lawn, for gravel. I've dug the ground over with a cultivator acquiring blisters on my palms and a not small amount of sun burn in the process. I've compressed it around the edges of the raised beds and at present, it's looking as though the edges are going to be higher than the rest of the ground. As it is, the bottom of the beds are approximately 5cm below the adjacent patio slabs so the gravel being even lower than that isn't an option. If I should need to bring the ground level up, what's the best thing to do it with? I was thinking perhaps sharp sand?
0