Shoogles Posts: 14
June 2020 in Garden design
Last autumn we moved to a house in a rural location (Scottish Borders) with, in effect, a woodland garden.  More accurately, a woodland jungle which had been let get out of control.  We're gradually bringing it to some sense of order while trying to retain the sense of a woodland, which fits with the surrounding countryside.  We are rather stumped by how to make the best of the kidney-shaped raised bed in the photos, attached. So we'd love some creative suggestions!

As you can see, it is weedy and partly a dumping ground of branch prunings and large (and lovely) stones, as well as a lot of lavender.  It's about 25ft long and about 8 feet at the widest.  It is roughly east-west aligned, with a slope down to the western end (you can see the steps the run along the northern edge).  It gets quite a lot of sun throughout the day, despite all the trees around.  That is indeed a beech hedge that runs alongside the steps.

We've had various thoughts: Mrs Shoogles would quite like a prairie garden effect and I was wondering about roses, as it gets good sun, unlike the rest of the garden.  We'd like some good architectural shape but not too tall otherwise we risk losing the view up the valley from the arbour that is just discernible behind the foxglove in the first photo!

Any and all suggestions for a planing plan or layout/design gratefully received! 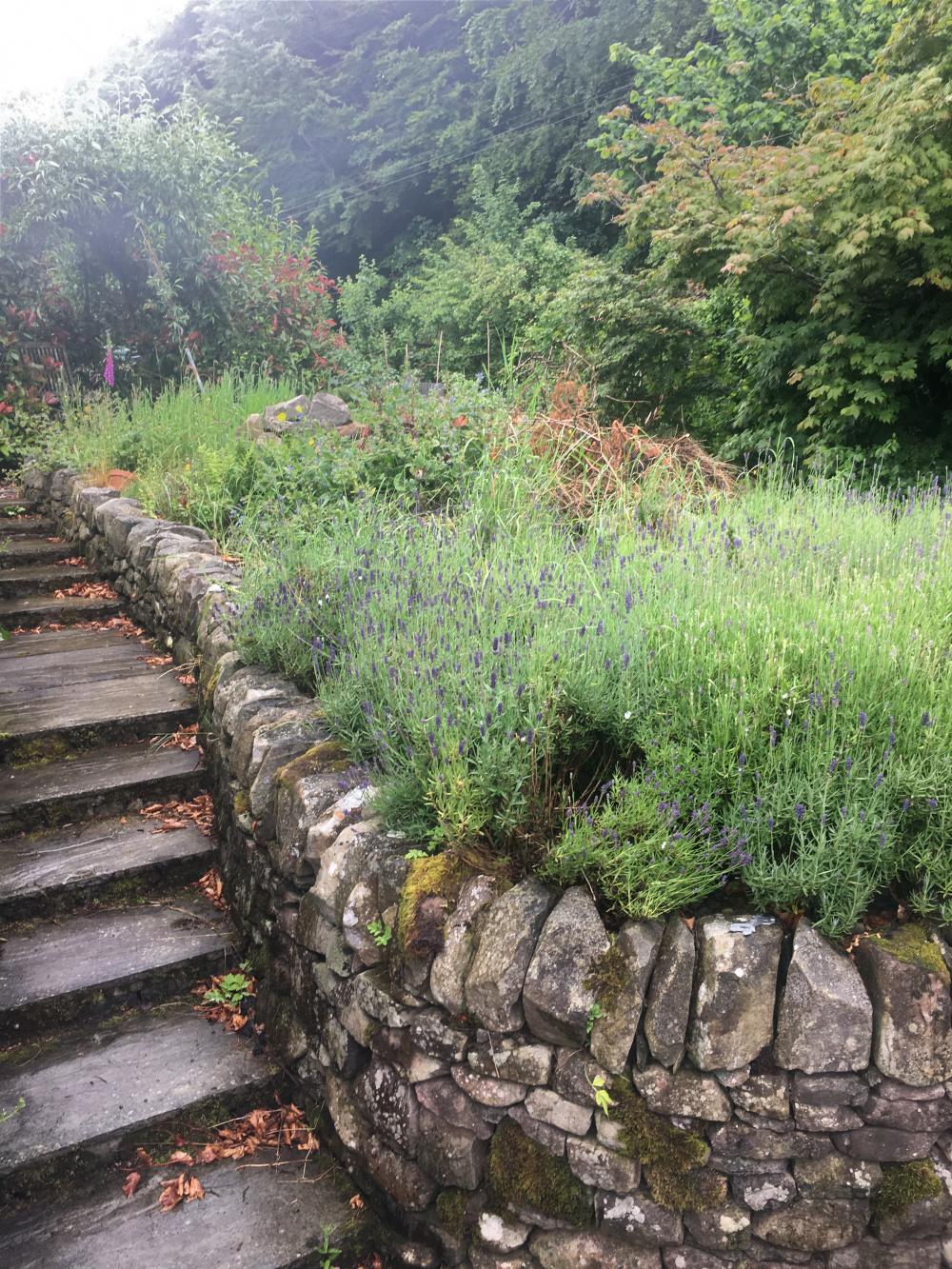 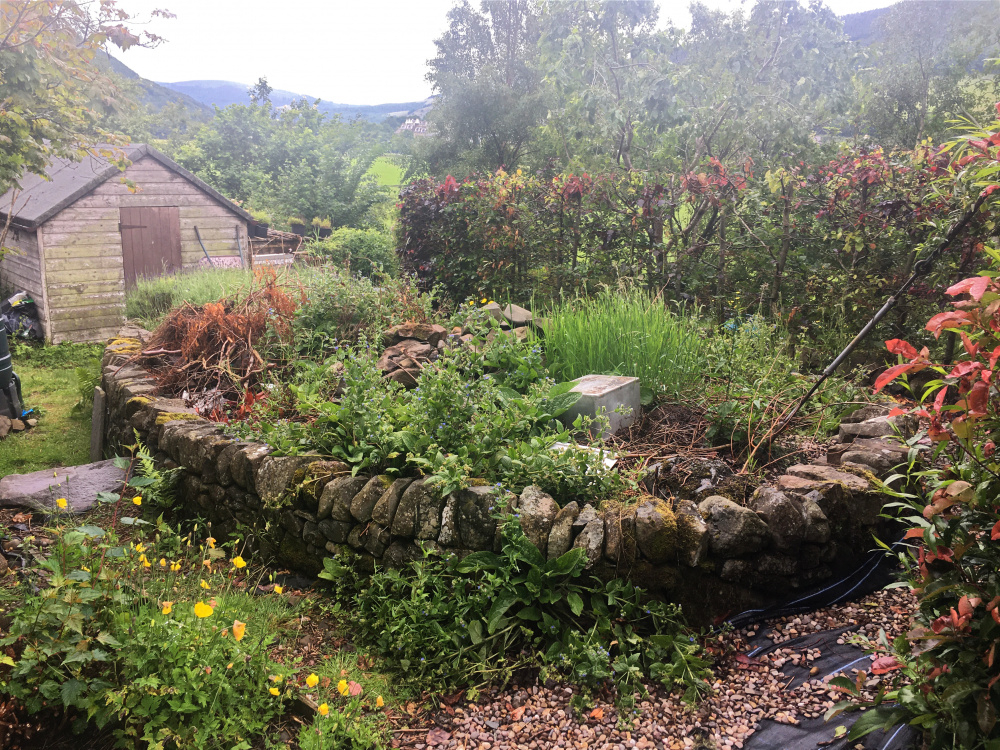