kz.bn Posts: 14
June 2020 in Plants
Hello! I planted a peony bulb a few weeks ago not expecting much but have just noticed a little seedling starting to appear

Its in quite a small pot and I don't want to put it in the ground as we will probably be moving in the next year and would be sad not to take it with me - should I be repotting this into quite a large pot for it to do well? Any tips on keeping it alive? I'm a bit of a novice so any help would be appreciated. 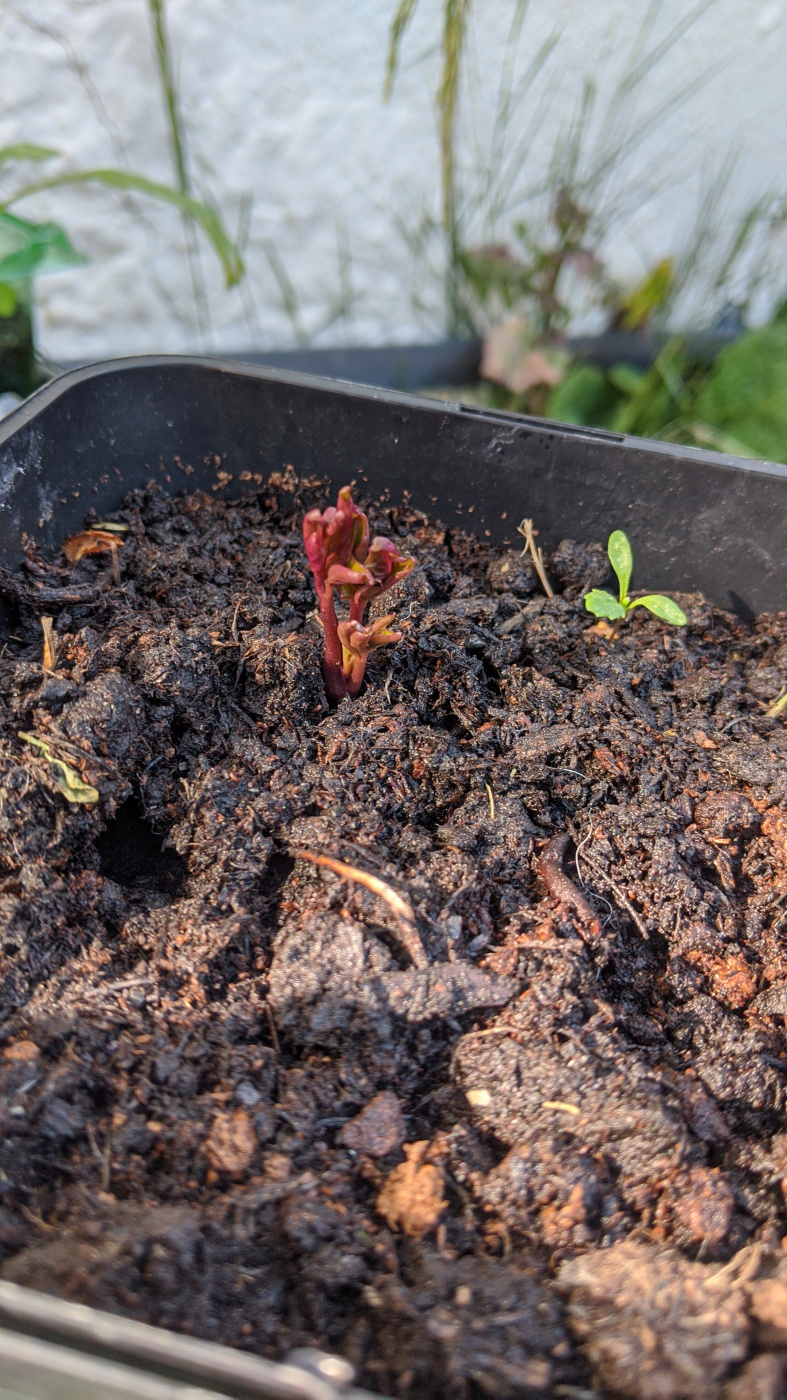