I'm hoping someone can give me some advice on issues I am having with my Lady Banks Rose.

I moved into a new property in August 2019. There was a very nice hedge on the fence in the rear garden. (photo looking down the garden with the hedge on the right).

Through the winter it did not impact us but when the weather was warm in spring (March 2020) the hedge was intruding quite a lot over our deck. Therefore, I trimmed it back, without really thinking about it. I did this to begin with with an electric hedge trimmer as it was quite extensive, then pruned out some more branches with secateurs. I subsequently did some research and believe this to be a lady banks rose (from leaves and subsequent flowers).

In April 2020 the bush was producing new shoots and flowered quite nicely (photo with yellow flowers).

However, it is now (June 2020) and appears to be in a very bad shape. All the leaves have dropped off and there might be a couple of green shoots but I don't know if these are new or are on their way out. Most of the branches are brown. (Photos with the dumbbells on the table and where it is quite obviously a browned/dying bush).

I would very much like the bush to be there as it is aesthetically very nice on the deck, but it also provides a nice screen over the low fence between ourselves and our neighbour's patio area.

I am worried that the way I have trimmed the bush has damaged it. But I am hoping that it is not beyond saving? Apart from the trimming, the only other works I have done to the bed in which the bush sits it to provide some ground bone and fish, rose fertiliser around the rose, and weeded and watered everything. I also removed a dead tree trunk that was at the other end of the bed next to a large holly tree.

What is even more bizarre is that the neighbour's have a shrub (visible in the third photo behind the fence), of which half only has died. They have asked me if I have put anything down that would have killed everything (which I haven't). We also then have a teasing georgia rose further down the same bed which is doing very well. Then to add to my confusion, beyond that in the bed is the very mature holly tree which also seems to have died as it is very brown, leaves are brown and crispy or have fallen off. Due to the variation in the health of the plants in the same bed I am very confused. The new grass seed has taken very well, the bay and other tree on the other side of the garden are doing very well.

If anyone is able to provide some help of guidance I would be very appreciative. My main concern at the moment is the Lady Banks Rose, primarily due to the screening it provides to give privacy to our neighbour's. I will then look at the Holly tree at a later date. 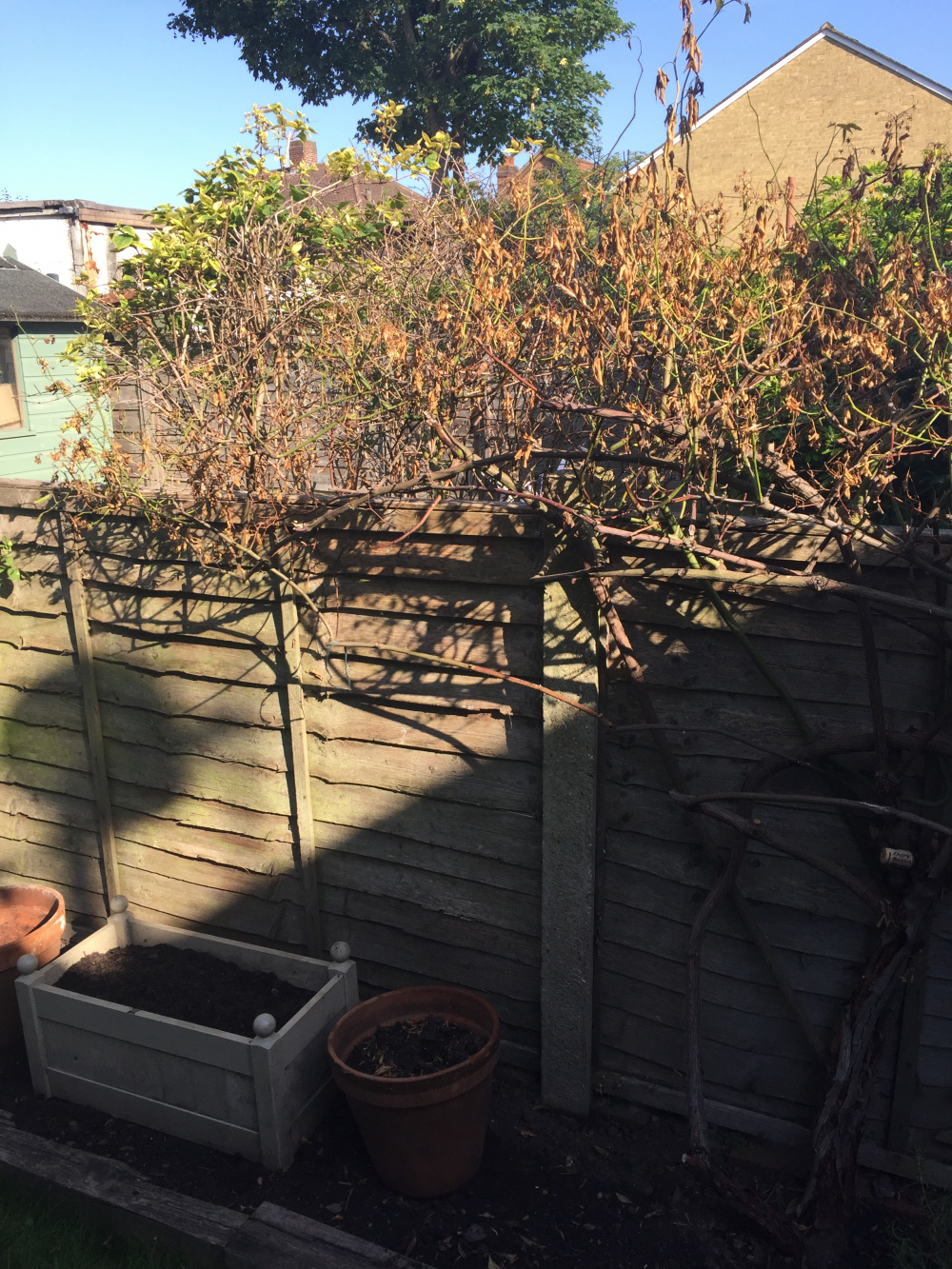 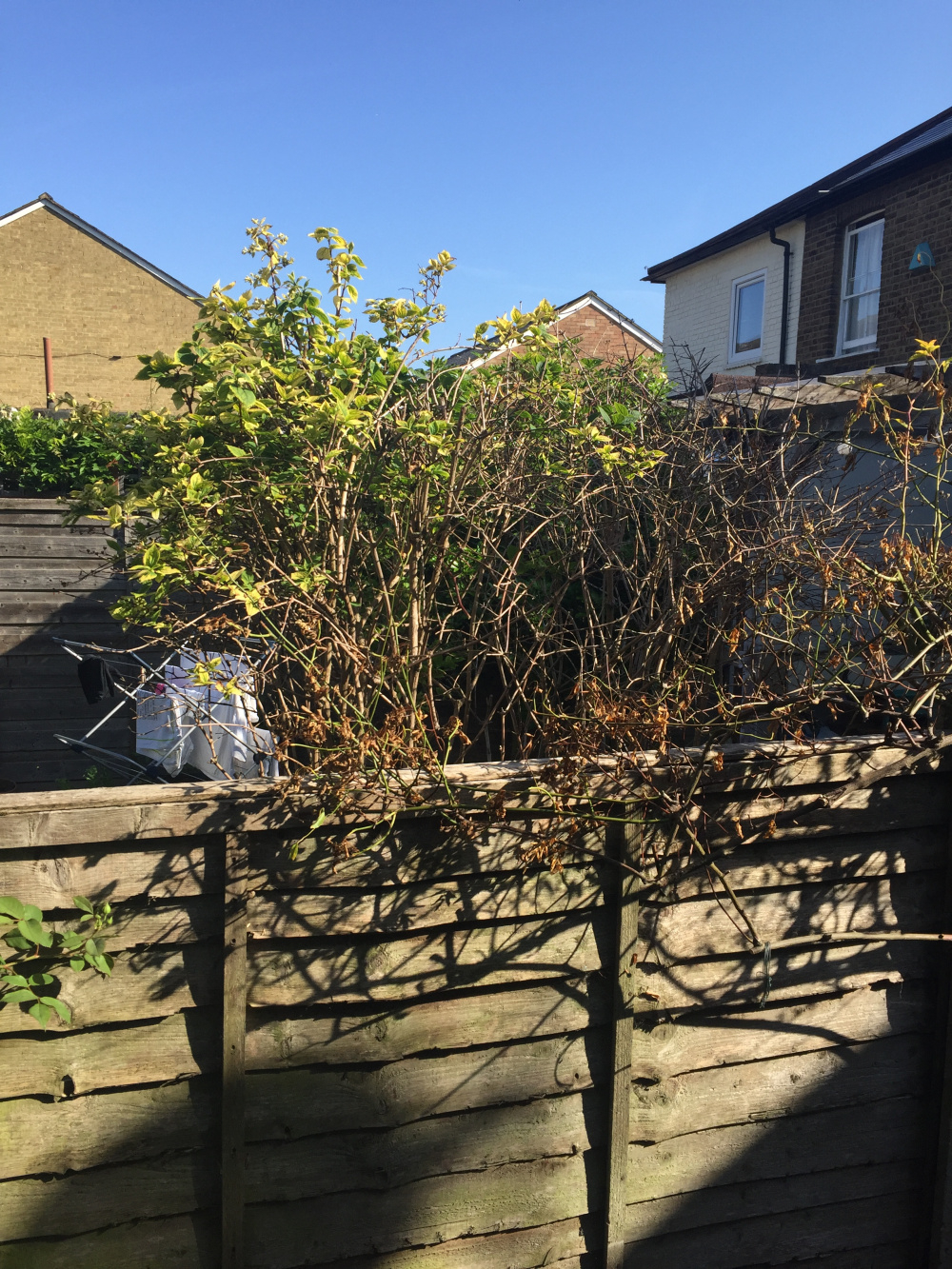 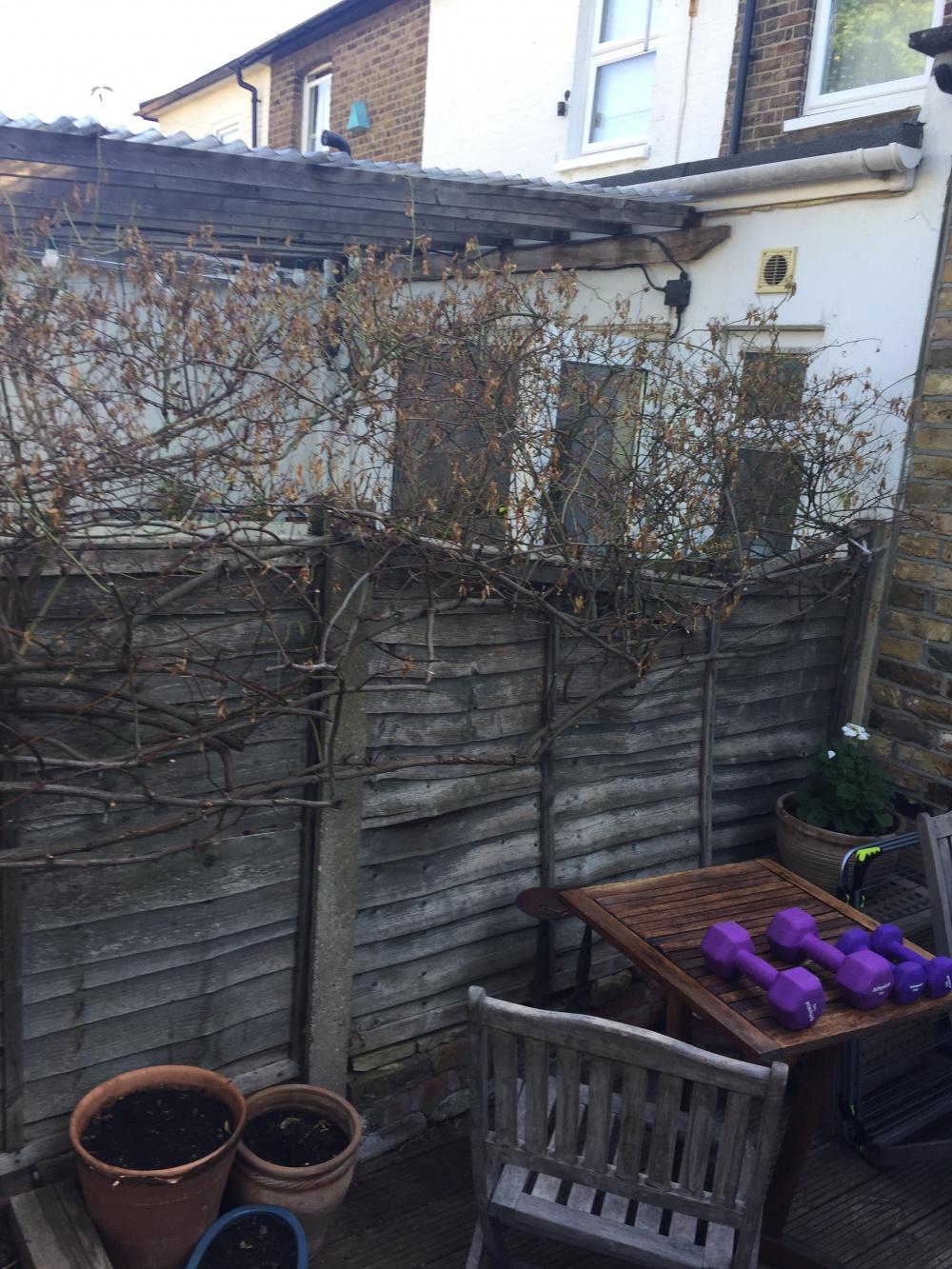 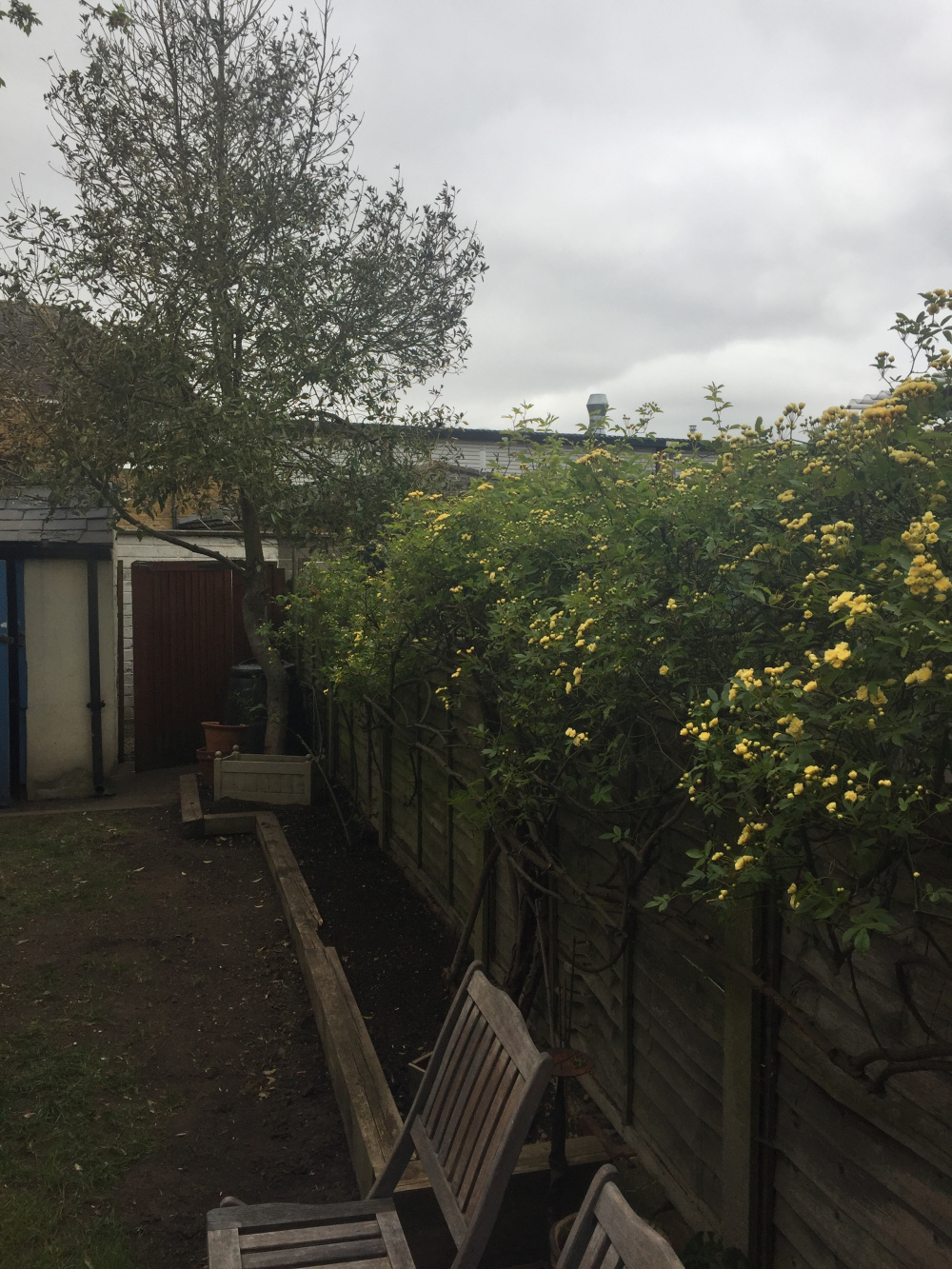 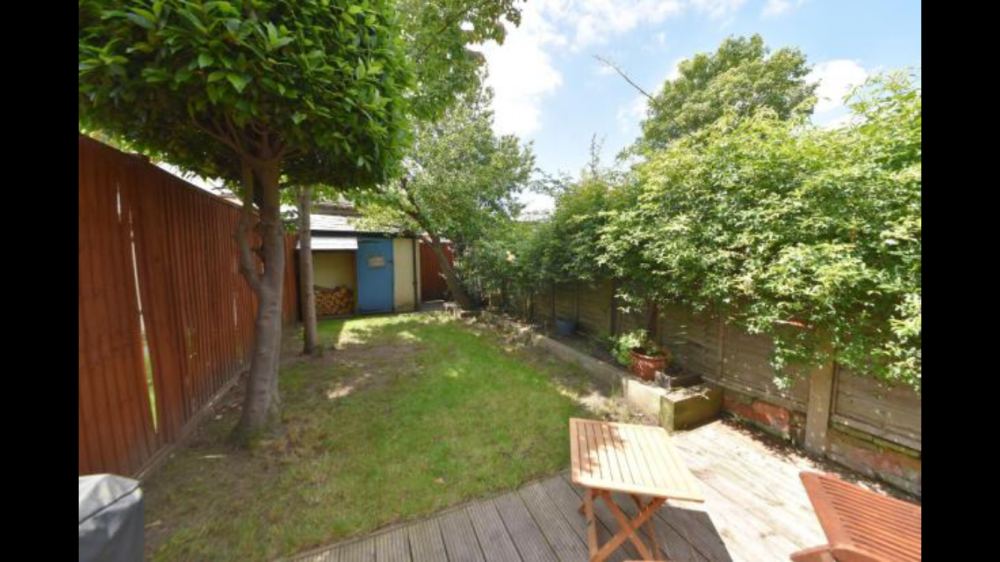