How to improve these poor Portuguese laurel and make them bushier?

Planted a row off Portuguese laurel in Aug 2017 and they haven't done particularly well although most haven't died either. I have kept them well watered and suspect they are not thriving due to the poor quality soil in the area. I am no major rush to get them to grow upright but would like to get them to bush out a bit and long term have a 6 foot high hedge. My question is what can I do to make some of these bushier. I think the leaves that are them are smaller than they should be and smaller than others that are doing better (pic 1). Also, some that are further along (pic 2) should I cut these smaller to help make them bushier and should I leave any cutting now until winter or next Spring.

I applied some chicken pellets and I am trying to source mulch (Local garden centre has only tonne bags - too much for me) as am forever clearing the grass and weeds.

I thought I would try this forum as was reading the forum from befuddled and was impressed with the transformation in his laurel hedge so hoping I can one day have a decent hedge. 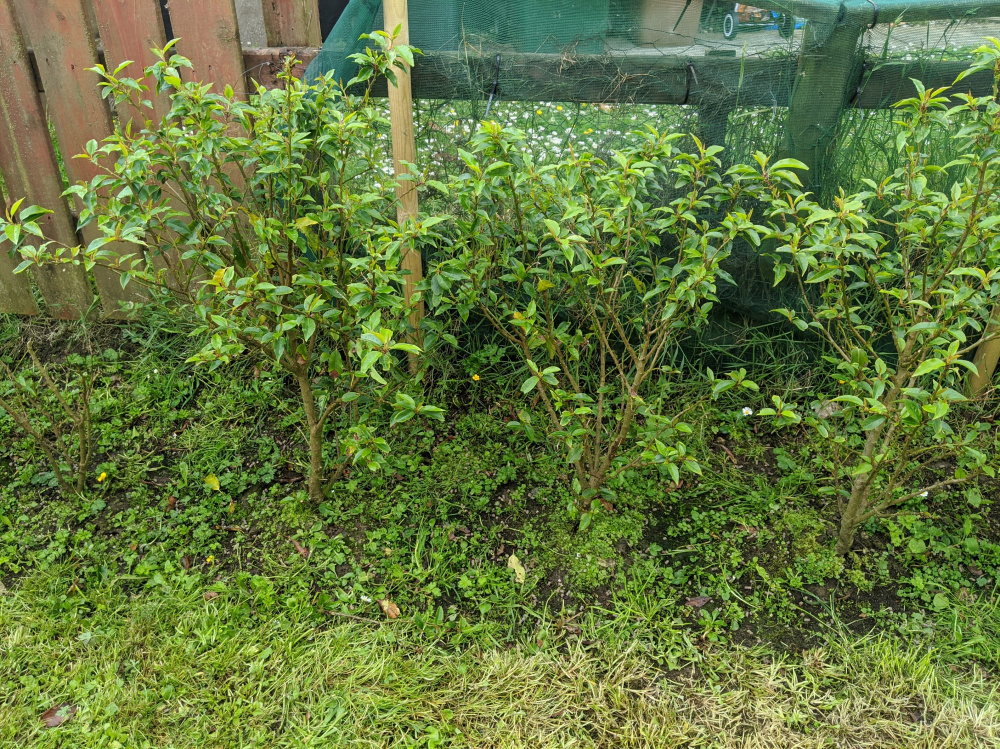 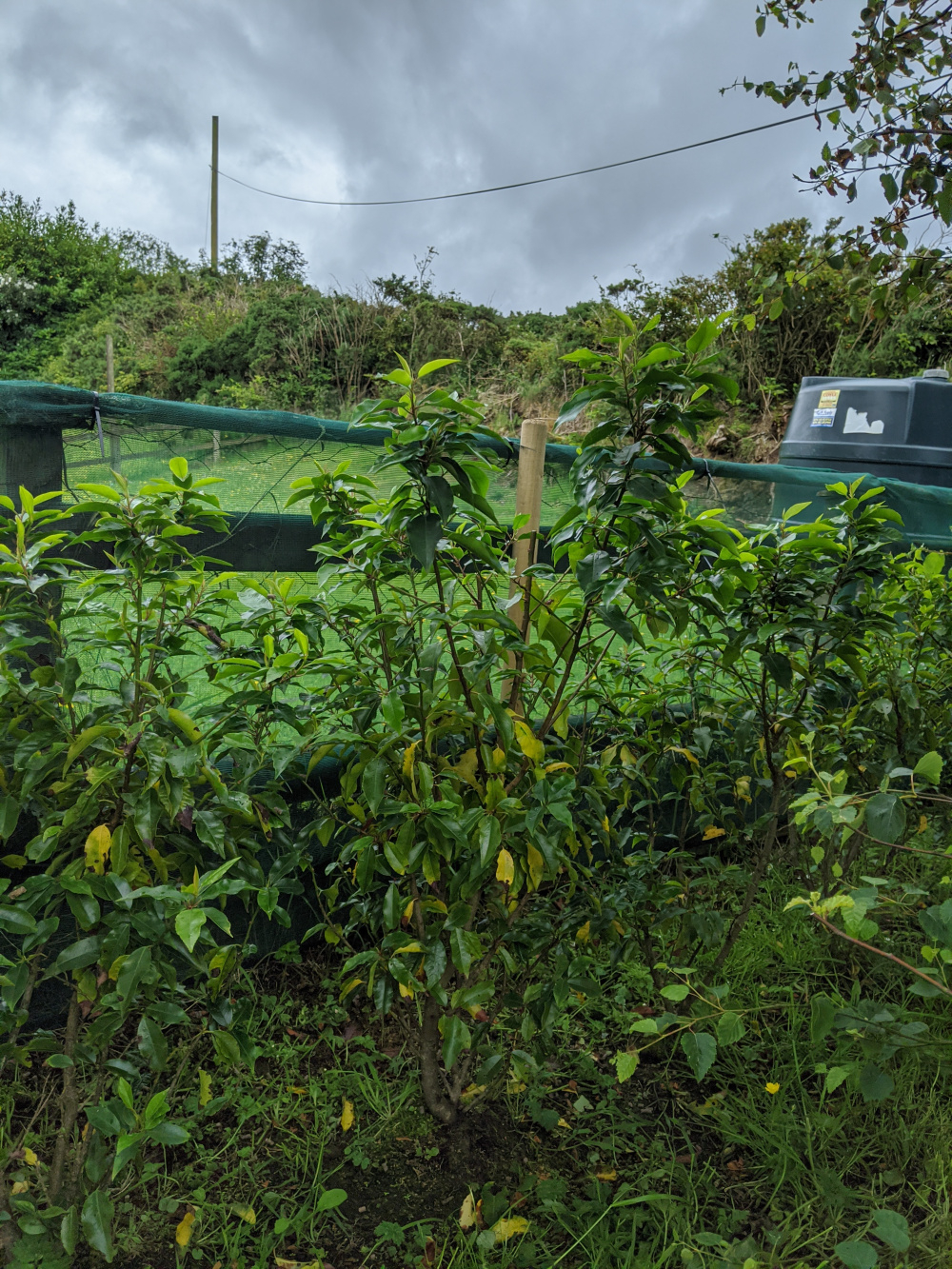