Best action for this weed/moss

Stephanie newish gardener Aberdeenshire/Moray coastPosts: 453
June 2020 in Problem solving
Hi
I am weeding a bed that's got lots of buttercup, couch grass and marsh grass, plus quite a bit of what I think is two types of moss. One is fluffy like most moss is, but one is flat-leaved and shiny, and it all grows in a kind of mat, so when I try to dig it out, the top surface of the soil comes off with it. That's kind of ok except I'm exposing quite a few shallow roots from nearby shrubs.
The bed is mostly shady but I think it's only damp in places and really only on the surface, which I assume accounts for the shallow roots. It is under a big yew tree, which will obviously take lots of moisture from the soil.
Where I've exposed roots I have put some homemade compost on them to replace the soil, but wonder if I would be better to leave the mossy stuff if it's possibly doing no harm.
I've tried to show in the photo how it comes up as a mat. If anyone can identify it that would help me look for a remedy.
Thanks 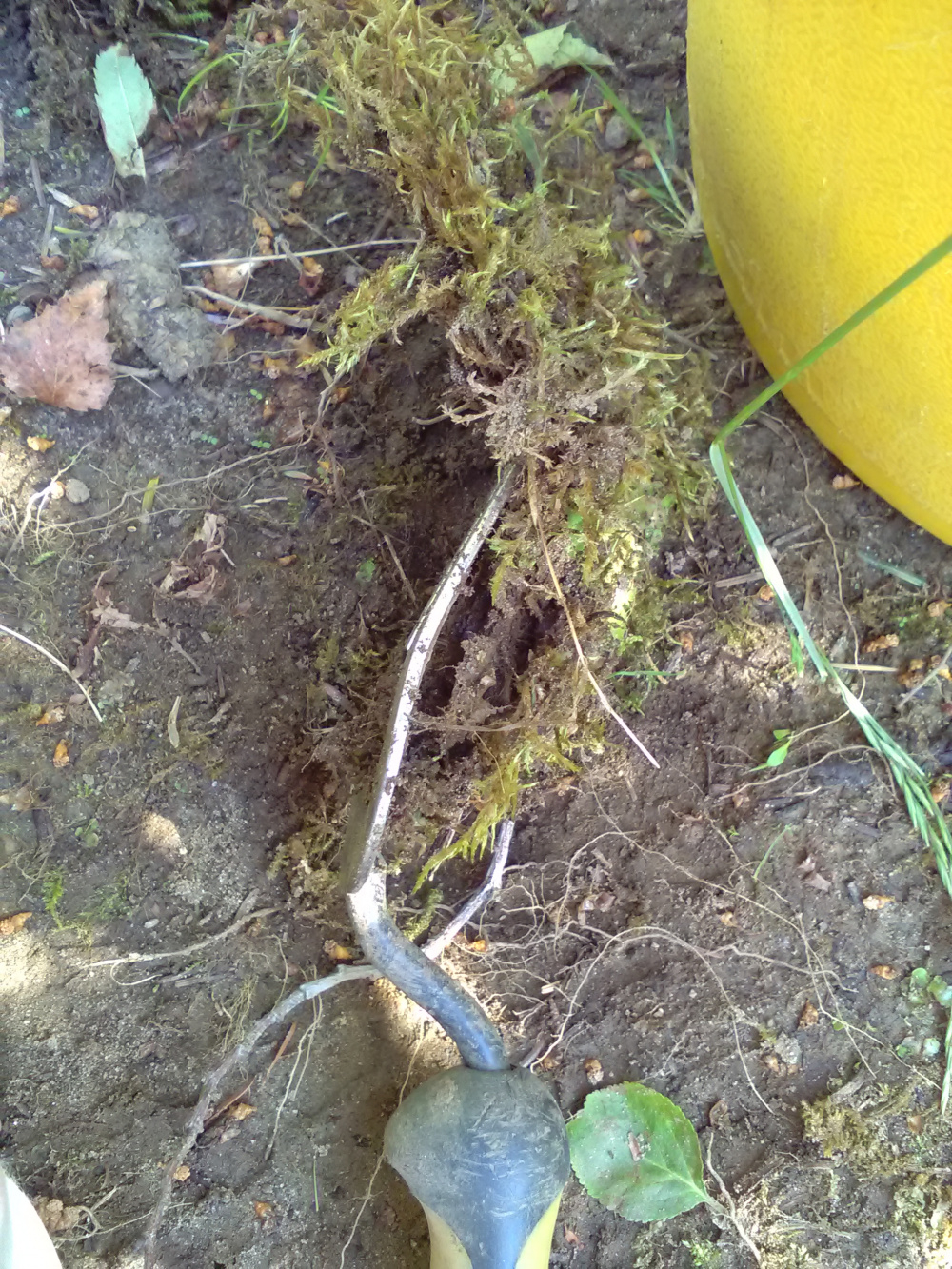 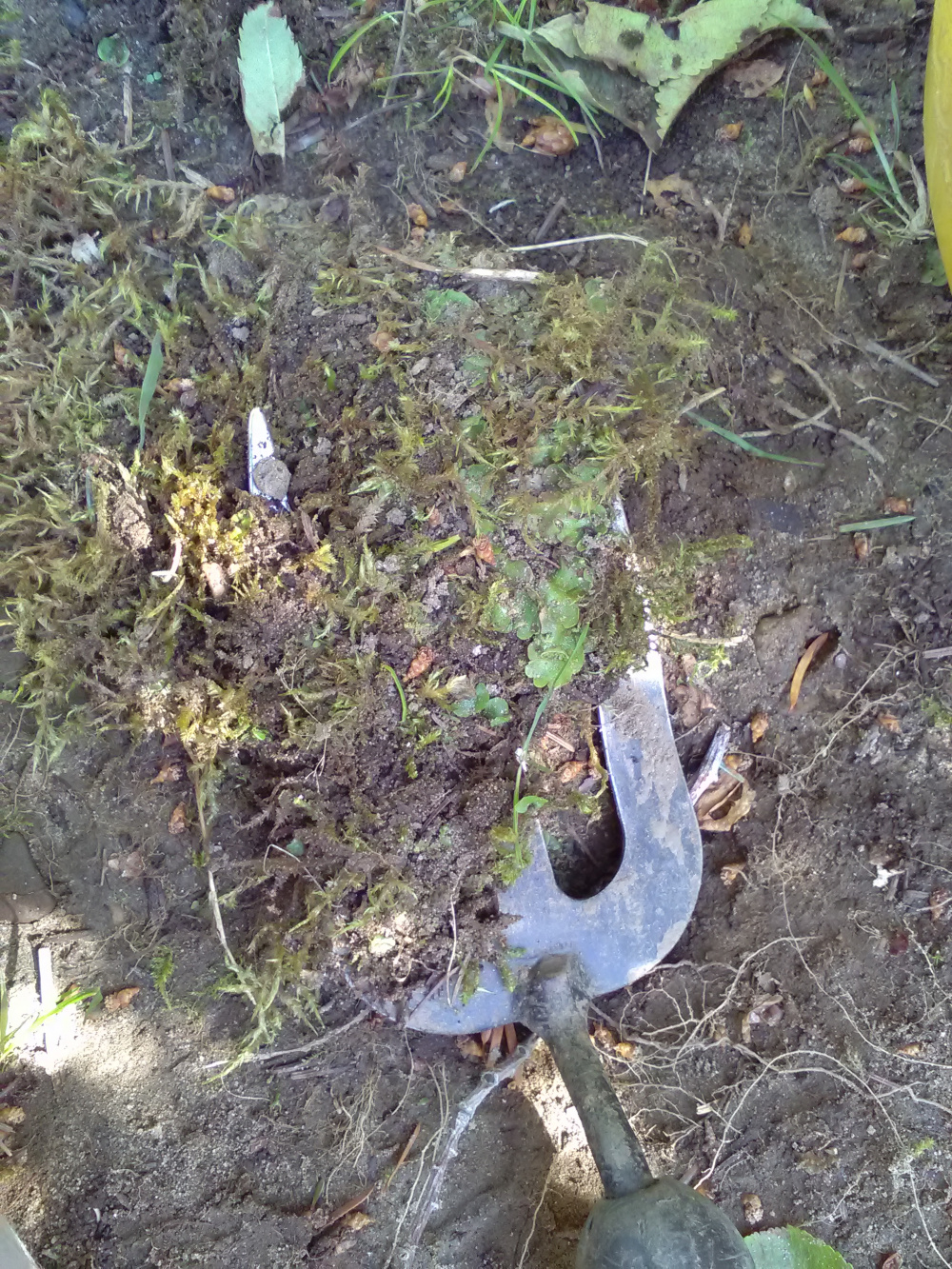