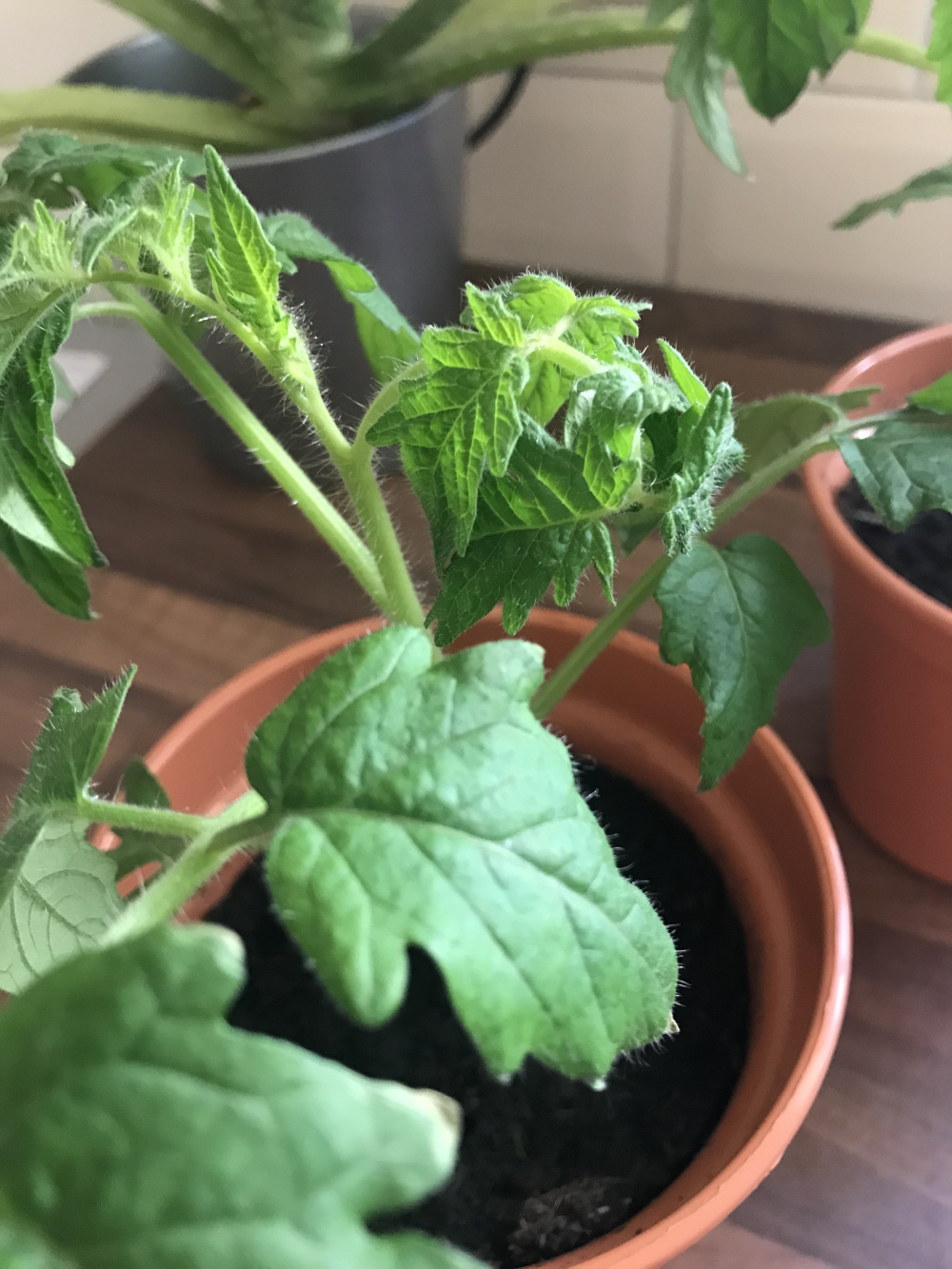 My Alicante tomato plants have been absolutely thriving in my windowsill over the past week, however in the past couple of days I’ve noticed some of the smaller leaves curling under themselves quite tightly I think some people call this “pigtailing”, I’m absolutely devastated because they’ve become really strong beautiful plants, is this anything to worry about?
Thanks