berarde Posts: 135
May 2020 in Problem solving
I have mostly gone for plants the molluscs don't much like but as I have a grandson I have grown some runner beans and sunflowers this year. We did some sowings in jars which was educational as well as interesting for him. In the past I gave up on growing these, the molluscs always winning and I decided to only fight the battles I can win.

So I'm putting the beans into planters and remembered buying this slug fence some years ago , but never used as I had nothing of interest to slug/nails in my pots. It came from snailaway , but doesn't look available now (that's the bottom picture). So I've also rigged up protection for the sunflowers and some beans in the open garden using some slug rings with copper tape, a battery (square smoke alarm 9v type) and battery box (top 2 pics). The square batteries have the +and - terminals at the same end and there is no current until the two strips are connected hopefully by a slimy body whereby the mollusc gets a nip, but doesn't harm them, certainly I've had no corpses. No chemicals, no deaths and unpleasant methods of despatch.

But does need 2 solder joins

Youtube has a number of videos of how to make your own and the whole of a raised bed could be protected using wire rather than copper tape.

So no damage so far here's hoping. I tested it by putting a damp finger on, but felt nothing; but gardeners don't get embarrassed easily so I tested it with my tongue- yep there's a nip for sure 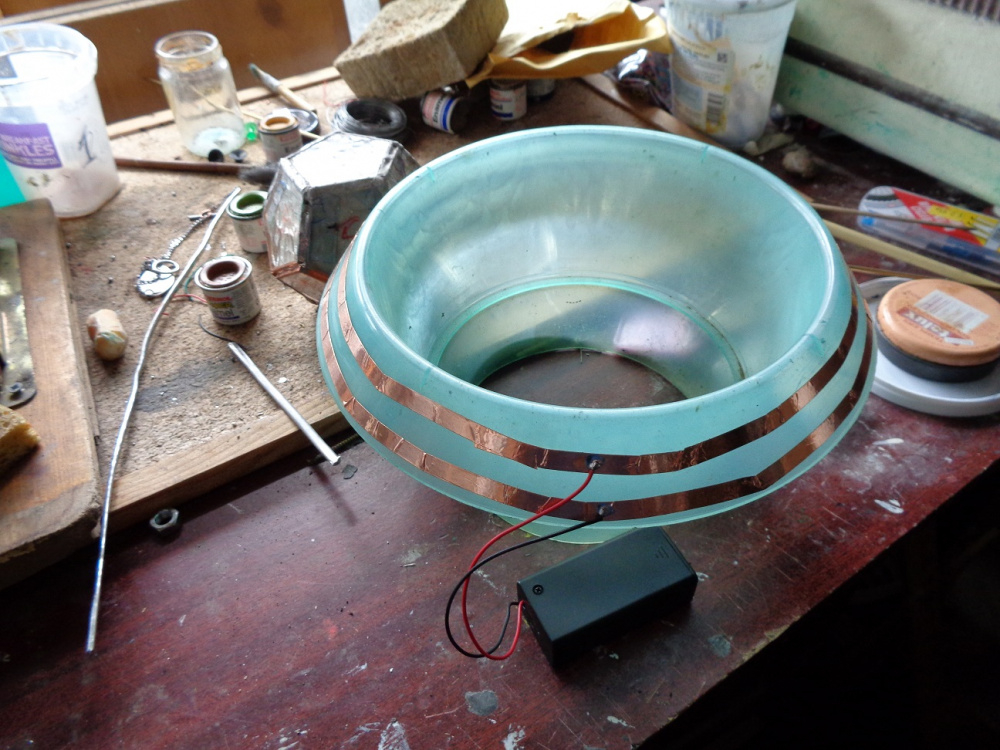 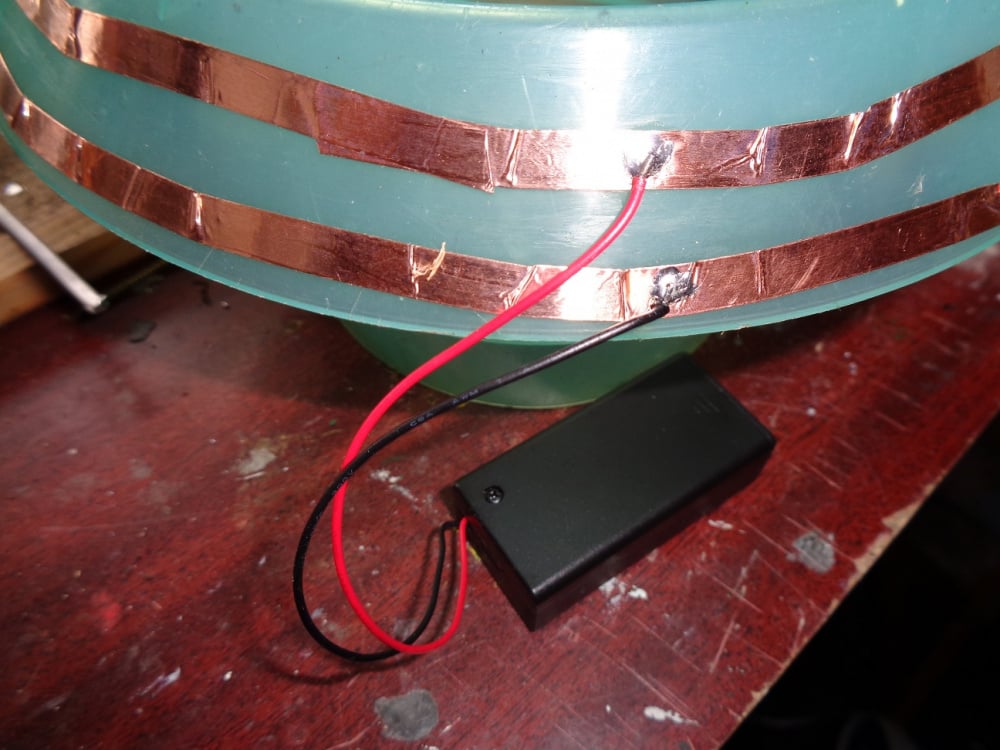 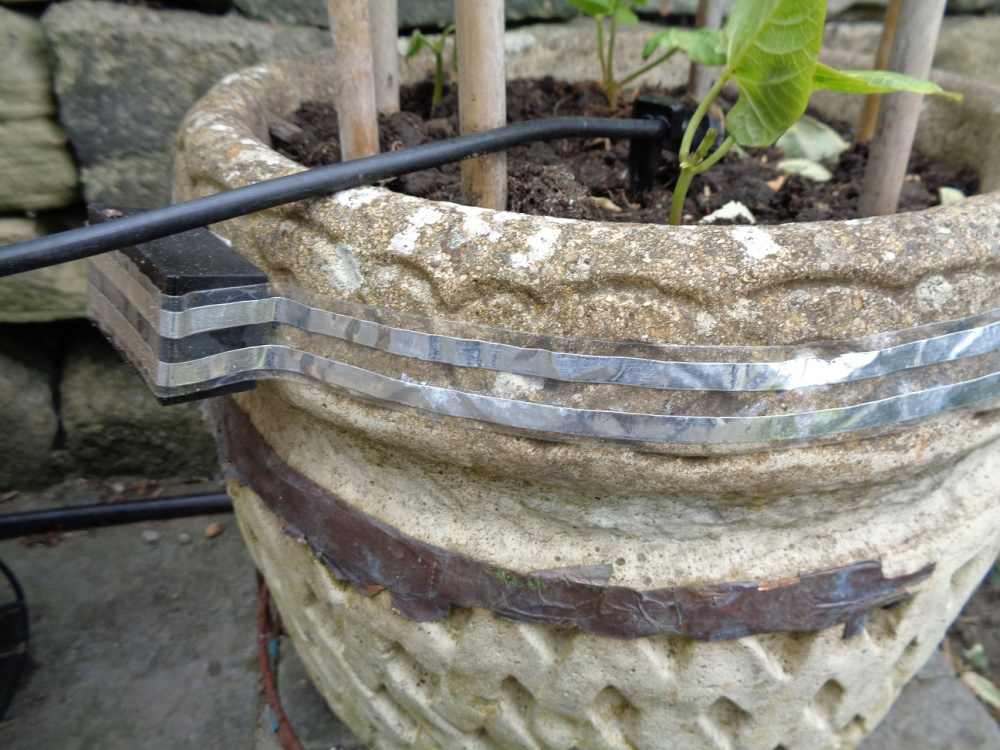