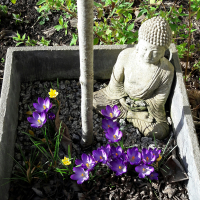 robbie Posts: 27
May 2020 in Plants
Hello - I have some potted Hellibore plants and wondered if you have to tend them during the summer, e.g., water, feed etc.,  I have cut back the dead leaves, they are beautiful plants and would for them to die..... suggestions please.
0