Ideas for a windy garden 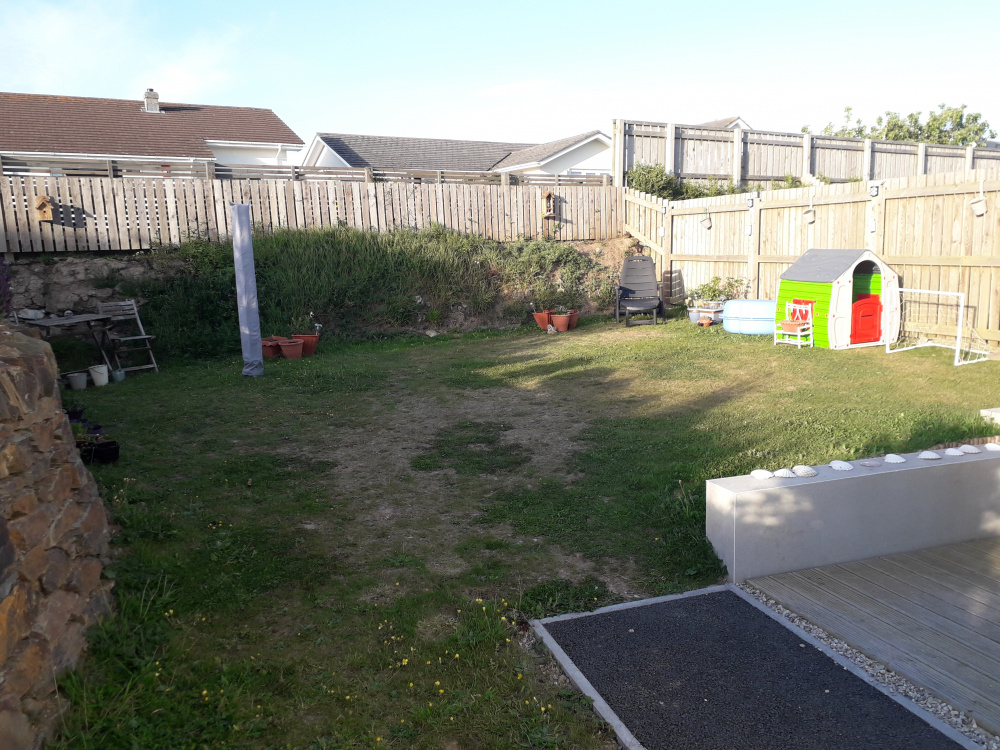 We are also by the coast and on a hill and so expect it to be windy but am just looking for ideas for ways to minimise it.
I will upload pictures - the corner where the sun lounger is I would love to make an area to sit that is much less windy. 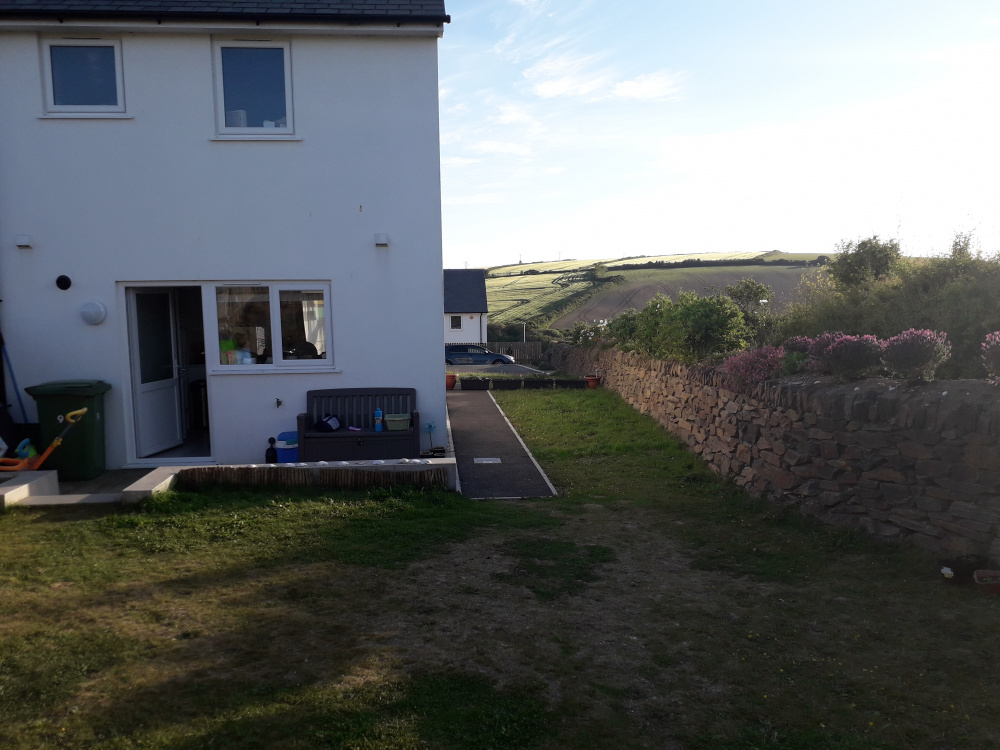 I was thinking a fence from wall to house and bushes or fence on the wall to help with privacy too, any advice appreciated.

*the patchy lawn is a seperate issue I am aware of