I have been growing some things from seeds in the house this year, and I've started to harden them off.

I'm about a week in, and now leaving them outside all day and bring in at night.

I live in Scotland. It has been pretty windy the past few days.

One of my tomato plants has droopy leaves, the leaves are also faded and now white marks have appeared. The other ones I have are a much deeper shade. 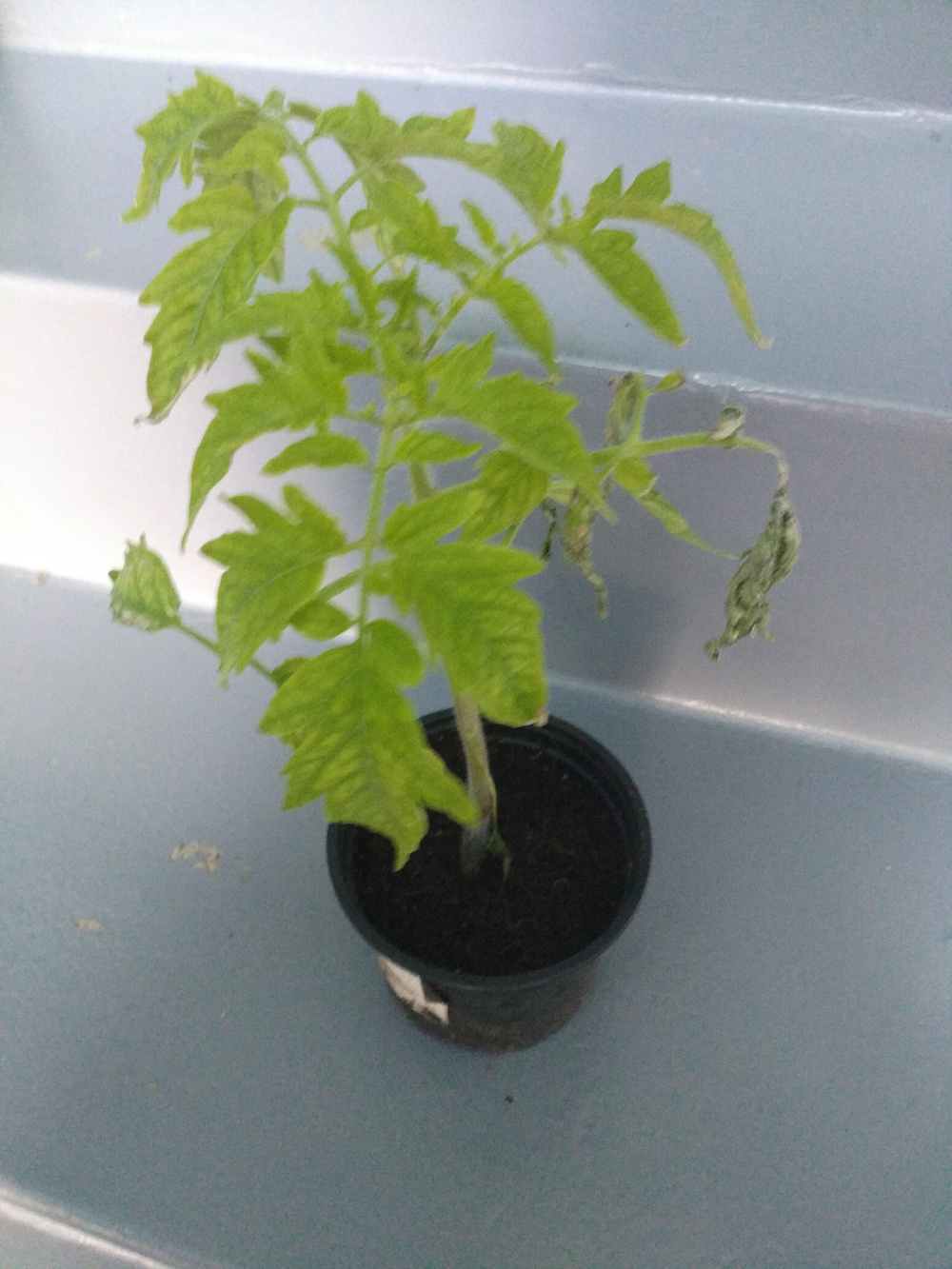 My sweet peas are also looking a bit sad. 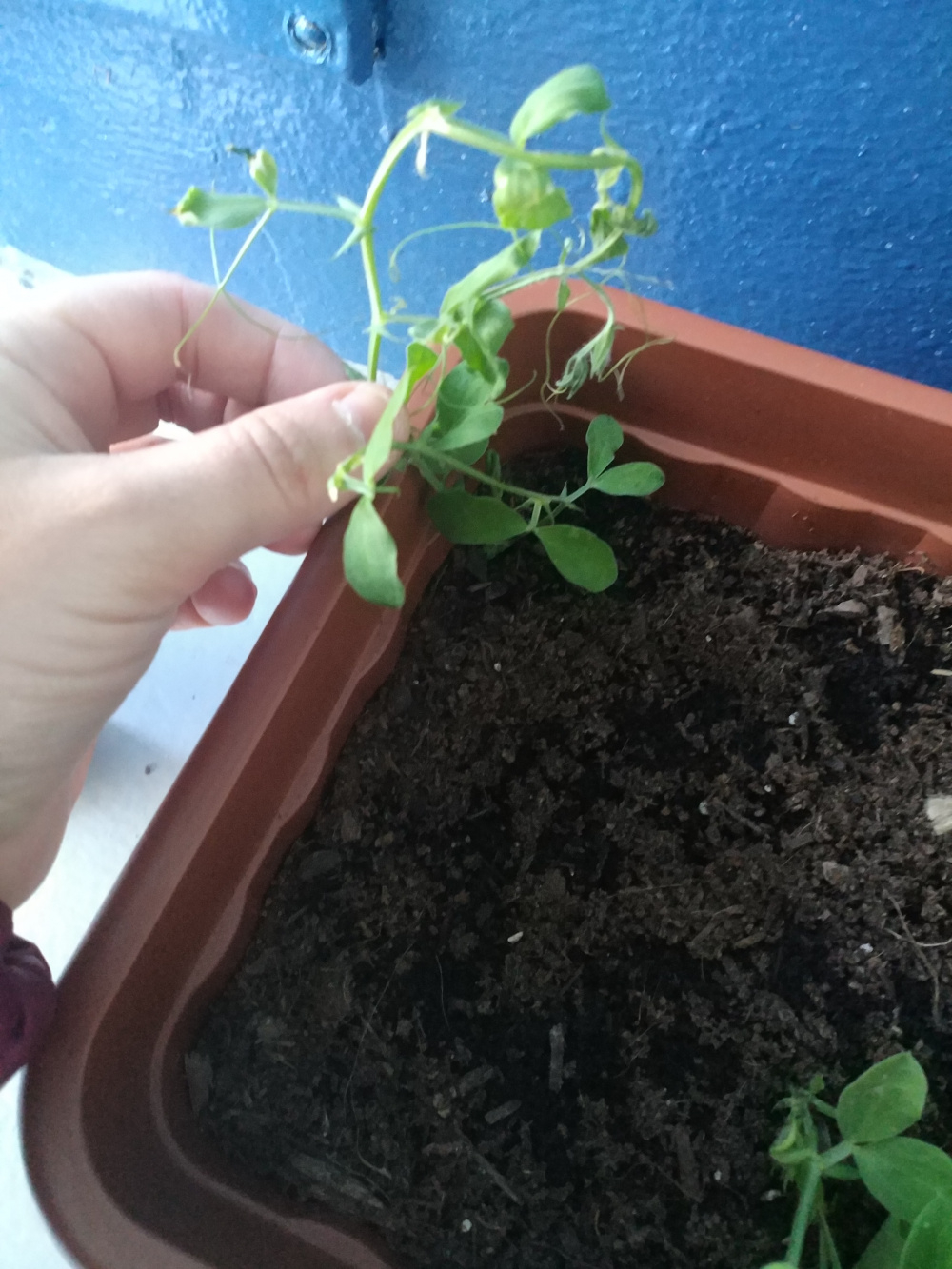 All planted in peat free compost, nothing else added, and regularly watered.

I'm looking for advice if there's anything I can do to try to help them!