We moved into our new build house in September and decided not to get the lawn turfed by the developer as we were dubious as to the quality of turf and prep they’d do, so we planned on getting in a good local company to lay the lawn this spring.

However, as we’ve unexpectedly found ourselves with some time on our hands, we’ve decided to tackle the job ourselves

So far, we’ve sprayed weed killer, dug the soil one forks depth removing large stones and weed roots and were in the process of using the bargain tiller that we’d got from Aldi on it before the rains came. As it hadn’t rained in a while before we began, the texture of the soil was all nice and crumbly, so we were going to put down the lawn establishment fertiliser and seed onto the existing soil after smoothing it, but now I’m having second thoughts about bringing in new topsoil as we’ve put in so much effort so far and I’d be really upset if it ended up like the squelchy bog that we had in our last garden!

Since it’s rained and I’ve had to walk over some of it to feed the robin his daily mealworms, I can see puddles of water created in my footprints which makes me think it’s a heavy clay that might not be best for a lawn?

The surrounding fields are heavy clay that cracks in dry weather, but I thought they must have put topsoil on our garden already, as we had almost no puddling over the wet start to the year, but then we never walked on the garden during that time. I had my RHS soil testing pack ready to go but they’ve had to suspend this service so I haven’t managed to get the soil tested. Does anyone know of any good DIY tests I could order or any testing services that are still running?

I’ve just squished the wet soil in my hand (see below) and it held together. So there must be clay in it, but as I’ve never laid a lawn before I don’t really have anything to compare it to.
Any advice as to whether you think the soil looks ok to seed onto or how I would test it further would be greatly appreciated! 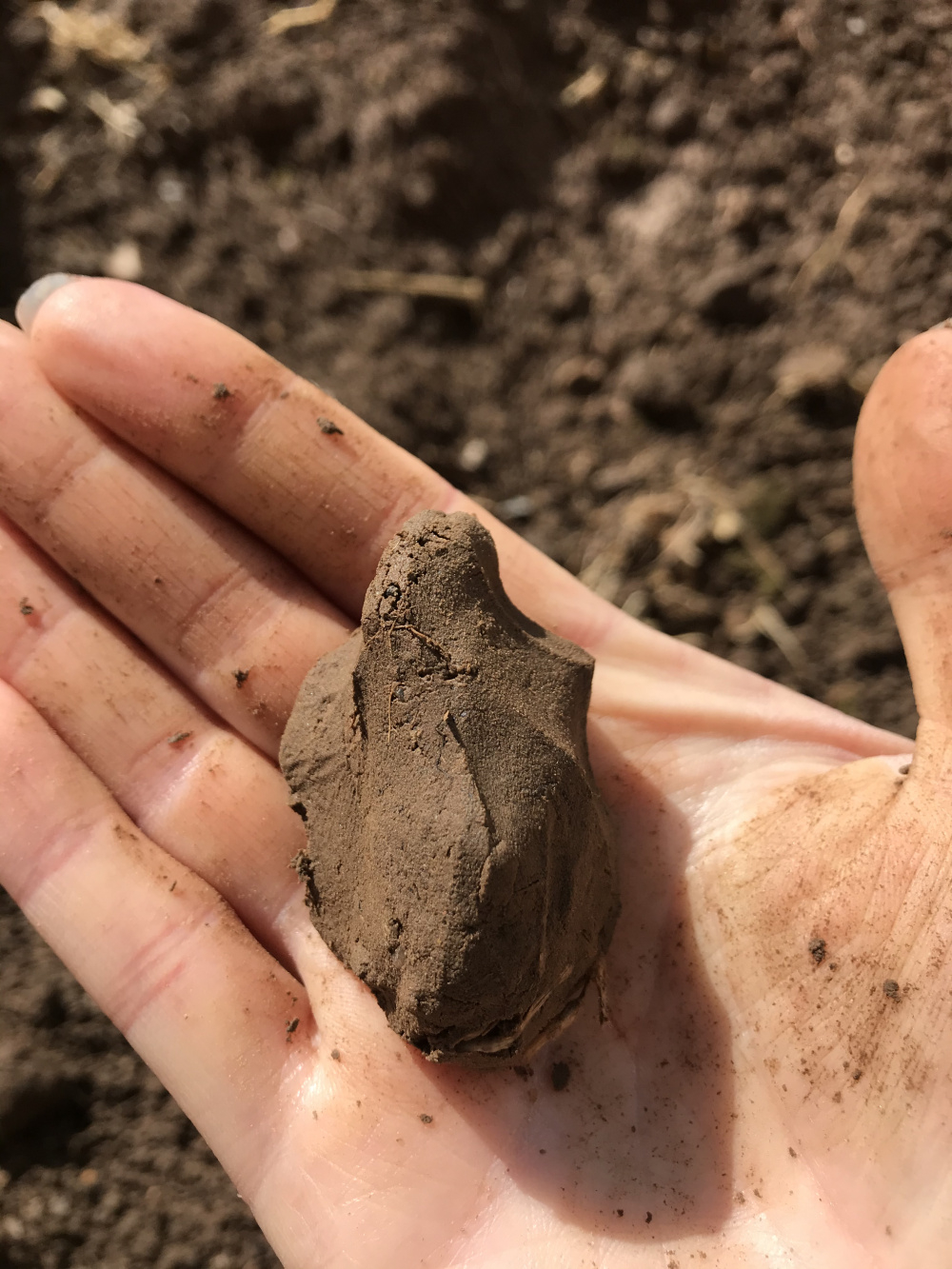 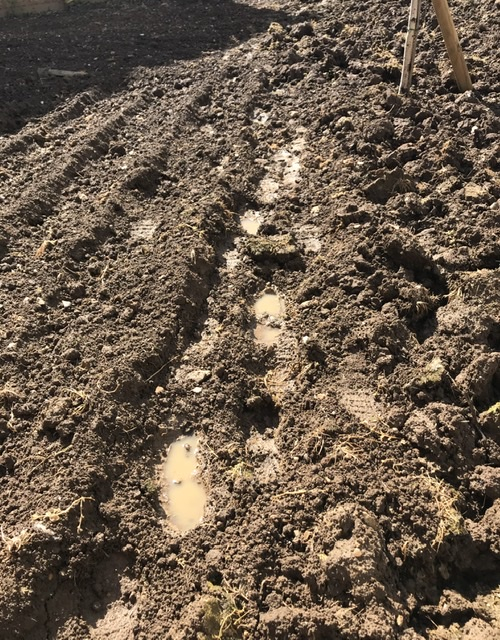