Planning the veg plot, what method do you use?

GemmaJF Posts: 2,286
April 2020 in Fruit & veg
With a lot of new veg growers on the forum, just wondered what people do when planning the veg plot as it might help others.

I use a CAD program, which I have for other purposes.

I lay out a box for the bed, 5ft by 20 ft is my preferred bed size to fit the plot and give me enough beds for rotation.

I end up being able to account for every individual potato and plant, and how many rows I can fit in.

I take the recommended spacing and row width of each vegetable, make that into a box and fit them to the beds. 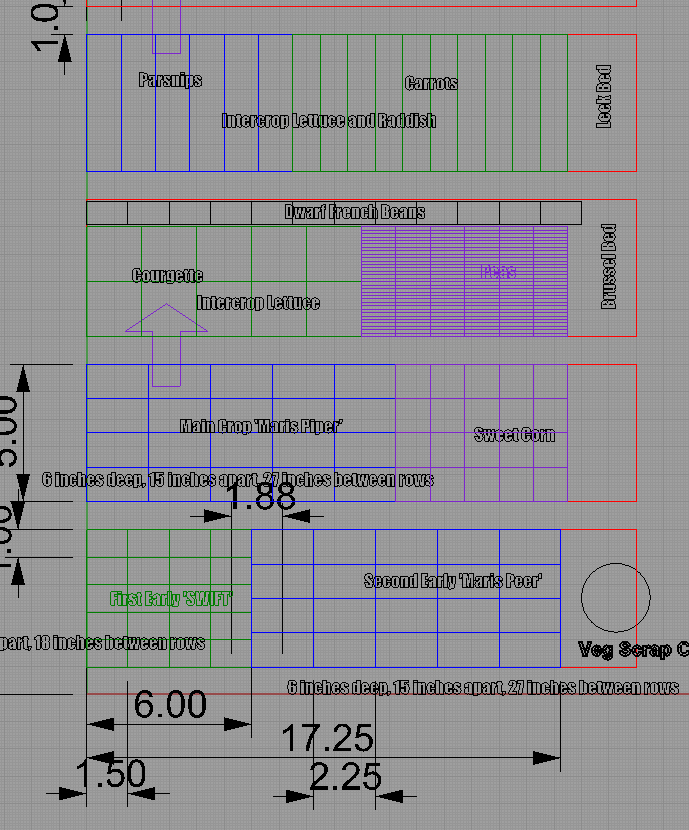