We have an ivy covered wall at our development of (private) flats. Please see photo. It has been there for over forty years and never caused a problem. That was until recently when our garden maintenance contractor insisted that it needed to be removed from the top of wall. In other words, in their view, it should only be allowed to climb the face of the wall. A previous contractor did this and a entire section of ivy peeled off leaving a bare wall (eventually it regrew).

From experience I know that if you keep the ivy very well trimmed it stands more chance of not doing this, obviously because it is lighter, but with developments such as ours it is not always practical to trim the ivy on such a regular basis.
Whereas the photo shows quite extensive growth, off picture to the left the ivy has been trimmed (and cut away from the top of the wall) and is indeed beginning to peel off. It is only the ivy in the photograph that is supporting it.

Apart from trying to insist that the ivy be left to grow over the top of the wall - enabling it, so to speak, to hook over the top of wall thus taking some weight - I'm wondering if there is an alternative solution. We do not wish to remove the ivy.

Many thanks for taking the time to read. 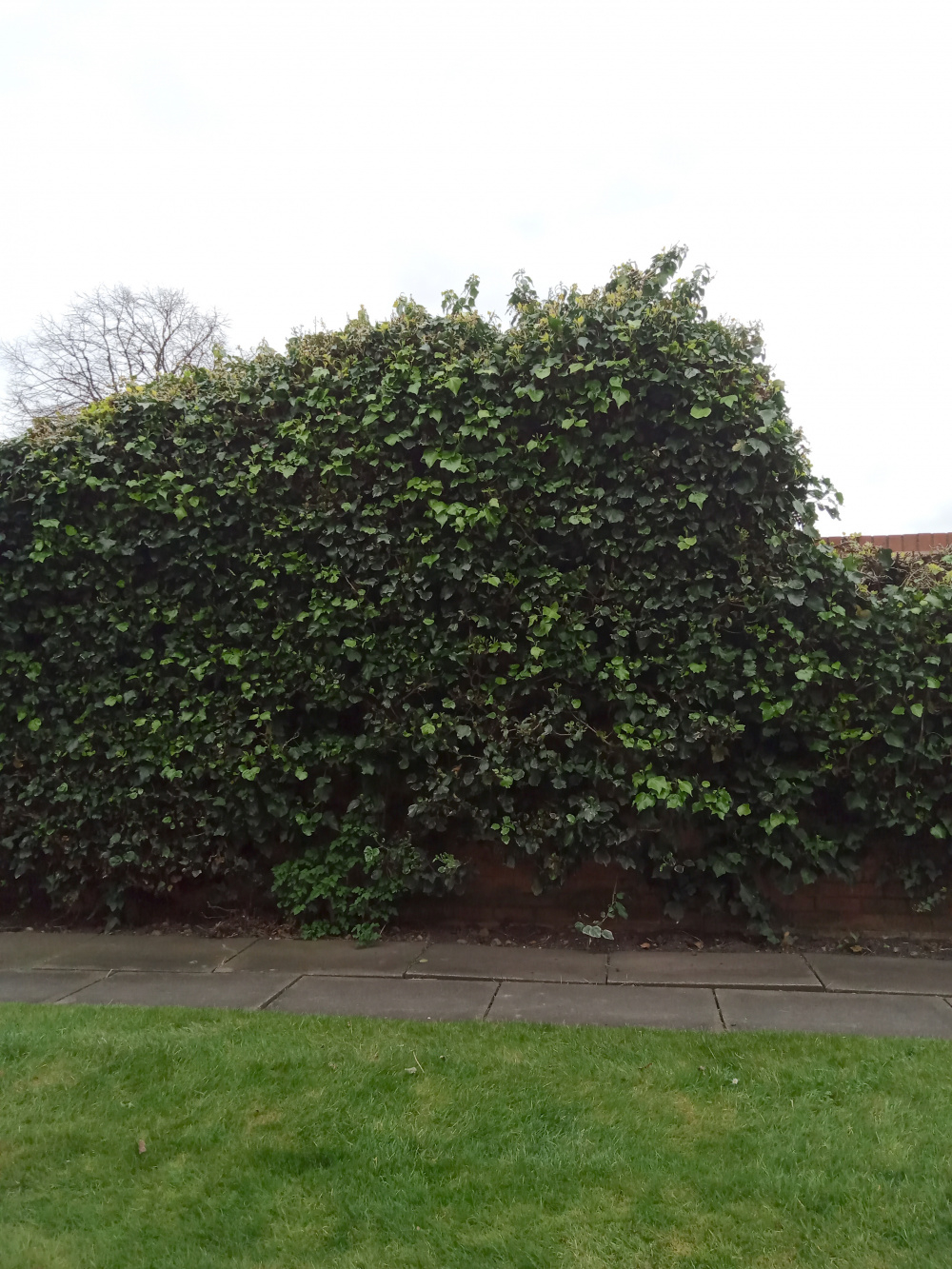