We have a stony slope in the garden which has got lots of very established bramble plants on it.  There are also self-seeded ash trees, mostly about 8-15' tall, plus a fair few of those tall white daisy-like flowers, and various other weeds. Last year I put some London Pride in and it's a long way from taking over but is managing to hold its own.
Last year I cut the brambles back as they'd been left far too long and were a real jungle, and this week I've spent a couple of days cutting back last year's growth and digging out as much of the biggest plants as I can. I realise you can't easily dig out brambles anyway, but now my dear OH says he wants to leave the brambles as they help hold the slope together. Personally I hate the damn things because their rampant growth means they demand attention otherwise they take over the world and stop us getting to our caravan which is parked at the bottom of the slope. We have a ridiculously big garden and I don't have the time or inclination for this annual prickly chore, made all the more perilous by having to scale a loose stony slope with cutting gear in hand.
We don't ever use the fruit, although there's never very much of it, but a bit of research this morning revealed that the fruit grows on last year's wood, so since I chopped it all back last year there won't be anything this year.
My aim therefore is to tame some of the brambles and kill off as many of the rest as I can, and replace them with something that needs rubbish soil and has an extensive route system but isn't a thug. Oh, and it needs to grow quickly, need little to no attention, look pretty and smell nice too! (clearly I'm in lockdown delirium as no such plant exists)
The slope faces west but is partly shaded by the caravan after about midday.

So if I let some of the plants grow this year, I believe I need to let some side shoots grow because that's where the fruit is, so my aim is to allow a couple of side shoots on some plants and then take off the growing tips.  Will that work? These things chuck out main stems up to 30' long when unchecked, which just then root further along the slope, which I really don't want, so if I'm not going to use the fruit am I simply better to keep cutting it down to the ground and leave the roots to hold the slope together?

Any thoughts for a replacement that I can shove in, water a couple of times and then forget? Or is the whole endeavour just blackberry pie in the sky and I might just as well tell dear OH that it's his problem and he needs to get some thornproof gloves?

This was the slope two days into cutting it back last year..... 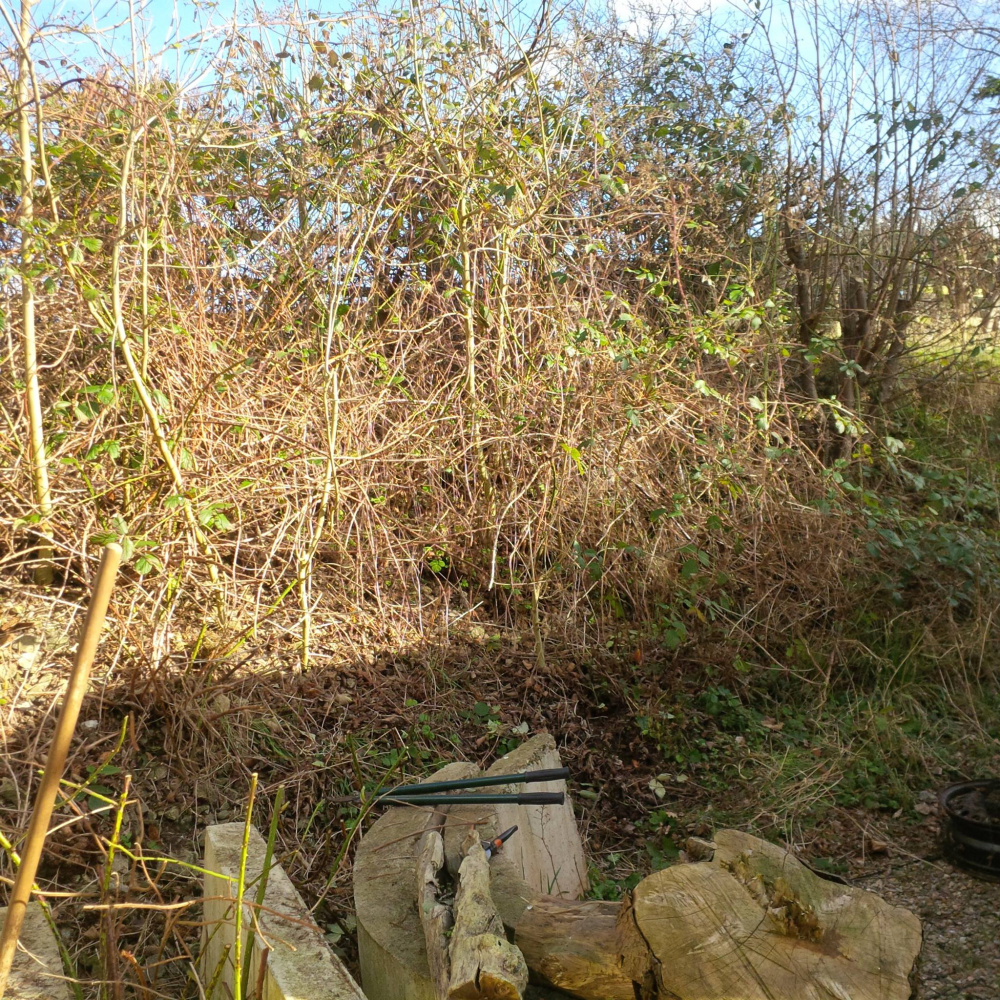 And this is it this morning...looking back at the above pic I can see it was nowhere near as bad this time around 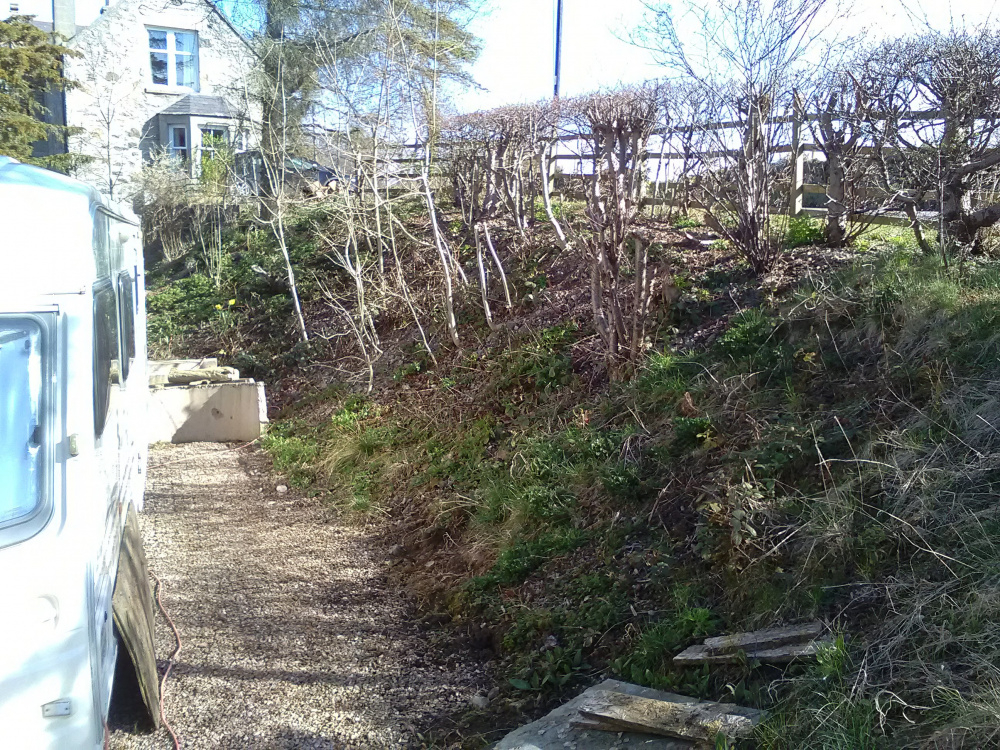 Grateful as ever for any thoughts, thanks
0
«12»