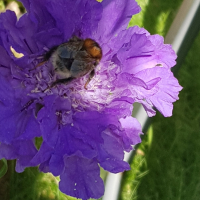 Dorcascents Posts: 132
April 2020 in Problem solving
Why is my clematis growing 1 stem and a few branches above 3ft to 5ft. It is in a west facing border in bud at present, Large white flowers(?name)How can I encourage more branches lower down. It has been in that position for 3years, this the 3rd year. Any advice would be useful.
0