Jessum Posts: 81
April 2020 in Problem solving
Hello,
in June 2017 I asked about my wisteria. Basically I bought it as a little plant in Wilkinsons or Lidl about 2003/4. It grew for years with no flowers and I got so fed up that I decided to dig it up and get a "proper" one that had been grafted etc etc.  Anyhow it must have read my mind because in 2012 and 2013 it flowered!  in 2014 I had a man in to fix the pergola as it was falling apart.  The clematis just died......I left it about a year just to be sure. It was just like Monty Python's parrot!
I decided to cut it down and then remove the root.  As I cut, I came upon "wet" wood.  My question back in 2017 was: A little shoot has appeared, how long will I have to wait for flowers?  Ladybird4 kindly replied saying that it would be years.

I am pleased to announce that in this unfortunate year there has been a little ray of hope.  The little shoot is about 5 inches in circumference and is about to flower!  I guess that as the original root was mature it was simply allowing the shoot to mature also.

I hope this gives encouragement to any wisteria growers who have been as frustrated and patient as me!

The first pic shows the old stump and the base of the new shoot, then pictures of the flowers progress. 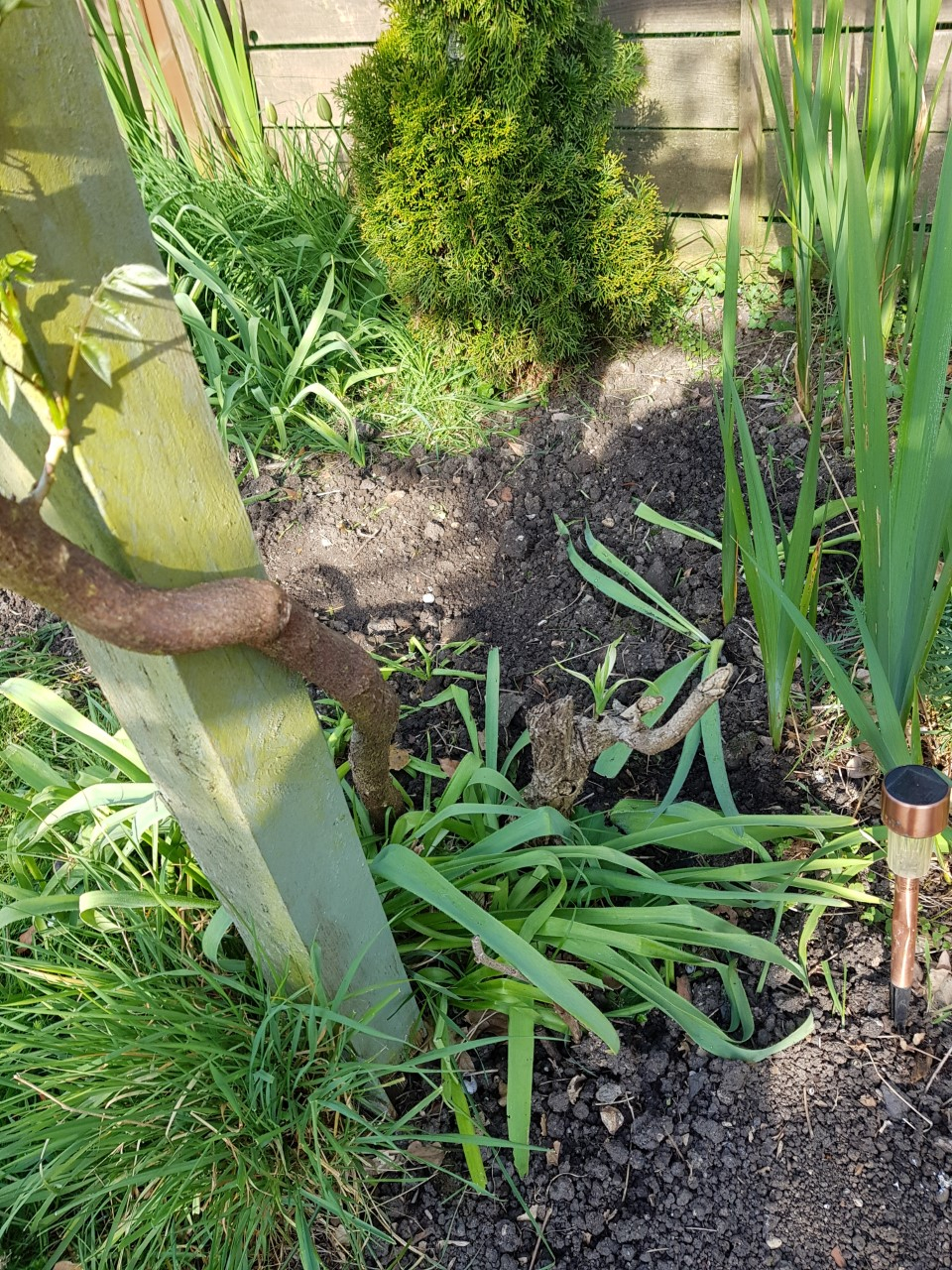 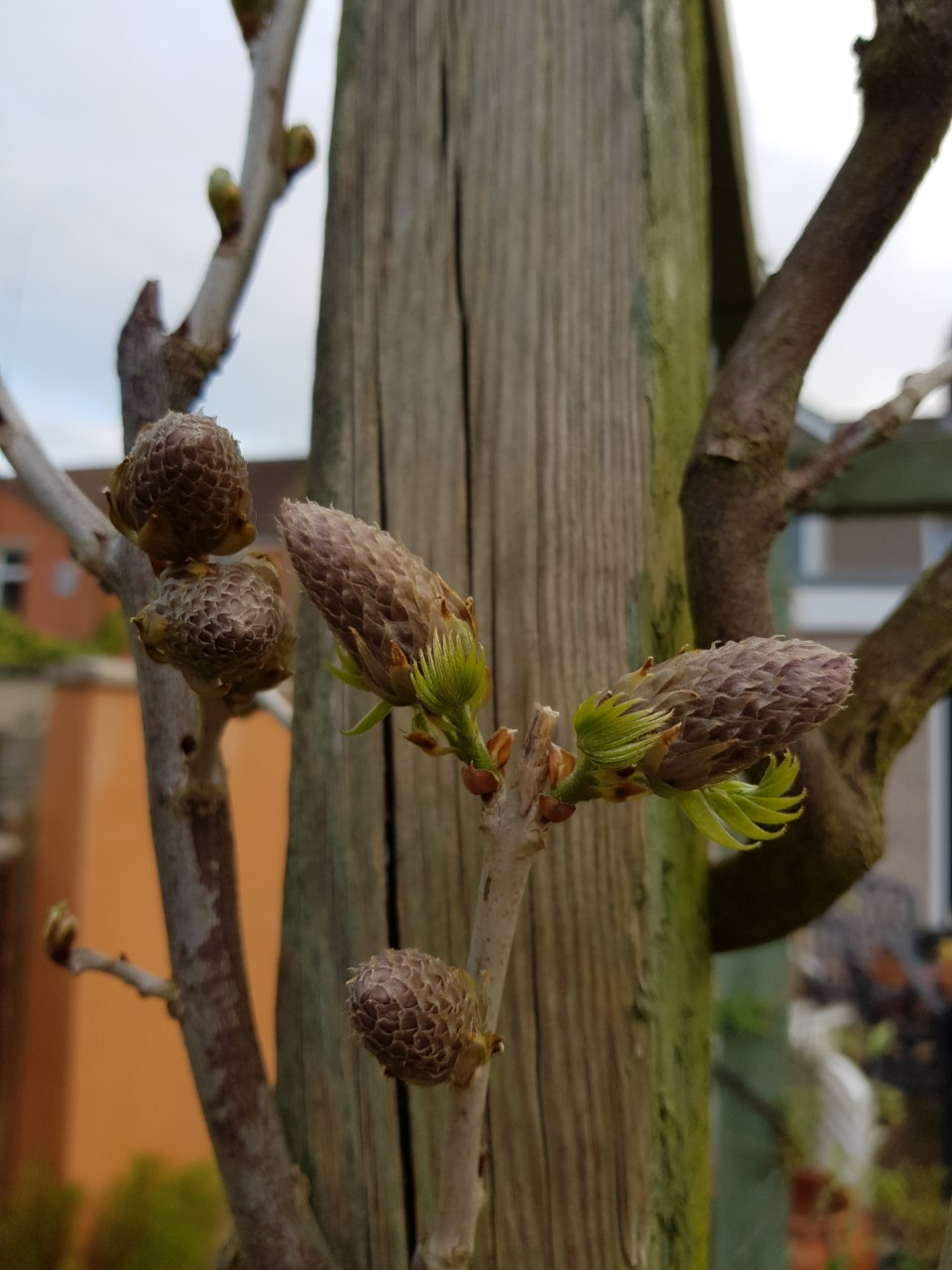 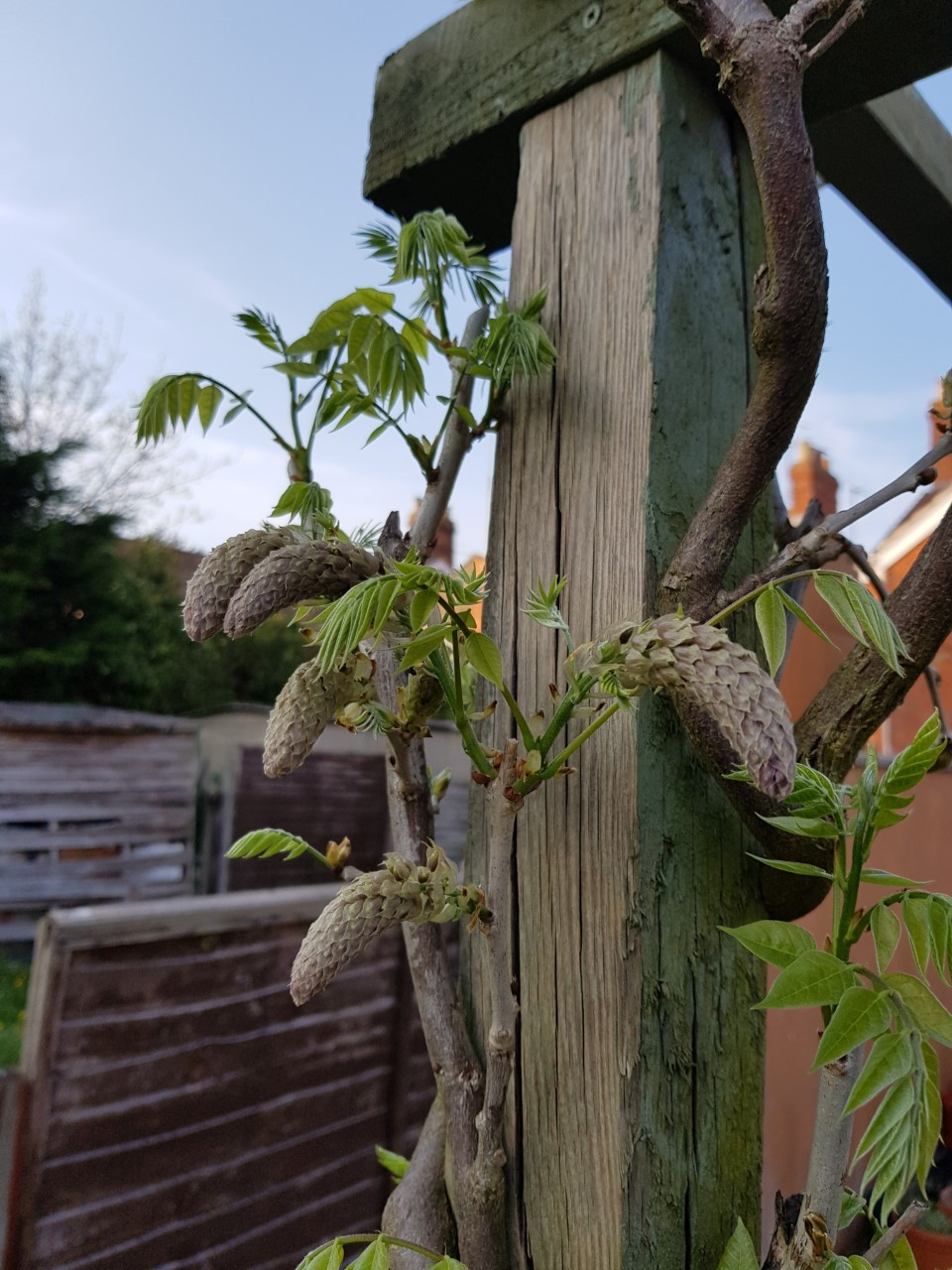