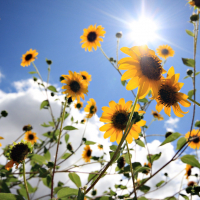 summerholidays Posts: 53
24 March in The potting shed
Hello all. I could use some advice please. My neighbour says the boundary fence is mine and he wants me to replace it. The problem is he has several very large shrubs and trees planted right against the fence and they are growing through the fence and over the fence (breaking the wooden strips) and pushing entire fence panels towards my garden. I think it's a matter of time before the fence comes down. He also has thick ivy growing all over his side of the fence. When the shrubs and trees grow through the fence and when I see the ivy coming through, over and under the fence I cut it back to the boundary. There is also a matter of the roots of his larger shrubs and trees which are visibly coming through to my side and I wonder if they too could be affecting the fence panels and posts (and who knows what else as they're growing under my drive towards my house). I have sprouts of his plants popping up on my side from the roots which go under my drive. I cut off anything I see. I think it's obvious that his plants are damaging the fence. He doesn't agree and insists that his plants are 'not to be touched' meaning he won't cut them back and he won't allow me to do so either. He also suddenly feels the fence is 'in the wrong place'. Apparently he thinks the boundary line should be moved a few feet into my property. I only recently bought my house and there was nothing mentioned of a boundary dispute. The neighbour bought his house about 5 years ago. There are no plants, trees or shrubs on my side of the fence.
I don't want to fall out with my new neighbour, but I also don't feel I should pay to have a new fence installed and especially when it's clear to me that his plants are damaging the fence. I don't even know that it is 'my' fence. I also think that the more his plants grow they will end up damanging any new fence that is installed and I don't want him thinking I'll just keep paying to replace. I also do not want to move the boundary and I'm not sure why that is even coming up now. The boundary is currently right down the middle of the two properties.
Any advice would be appreciated.