Portuguese Laurel hedge - when is best time to trim for new growth?

Skylark001 Posts: 66
March 2020 in Problem solving
My street has been plagued by vine weevils for several years though I think their numbers are now dwindling.  The hedge around our back garden was once THICK with foliage, but the weevils nibbled the leaves so severely that the hedge is no longer dense.  It looks a bit ravaged, and the privacy it used to give us has been reduced.  The leaves are more plentiful on the surfaces of the hedge, where they sprout from the tips of the branches.  INSIDE the hedge the old leaves have been very badly nibbled, so that many of them are still there, still green, but severely depleted.
Tiny new leaves are currently sprouting from the tips of every branch, but in July it'll be time to give the hedge its first trim of the summer, so I can see that when it's trimmed then all the spring growth will be removed and the practically leafless inside of the hedge will be exposed again.  It'll be back to Square One!
So will it hurt if I trim the sides quite severely (say 3 or 4 inches) NOW  (early March)?
The west-facing side (the thickest side): 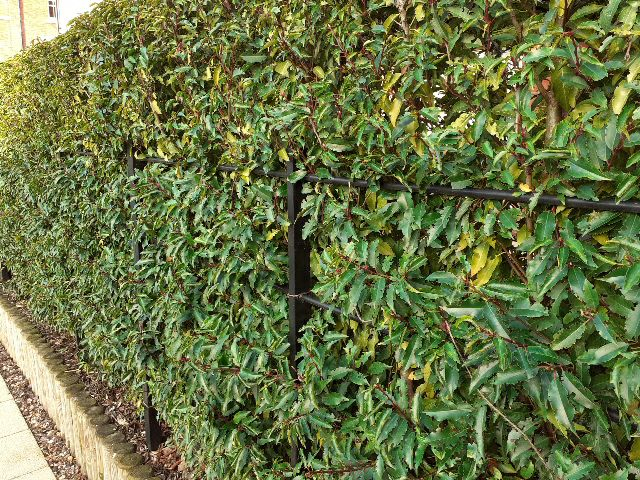 Below: the east-facing side (not so thick). 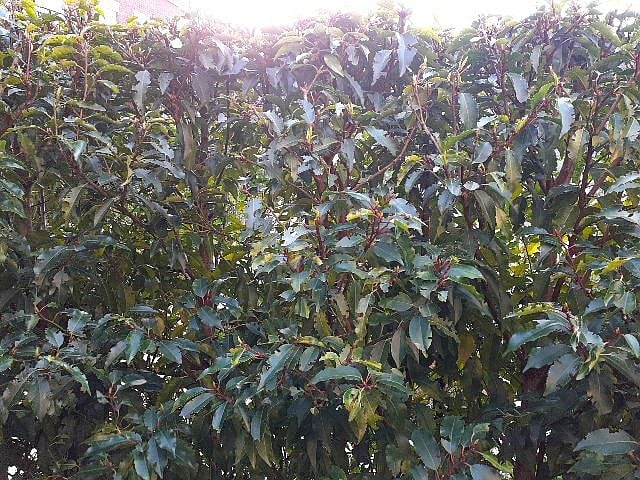 Below: a close-up which gives an example of the damage over the entire hedge. 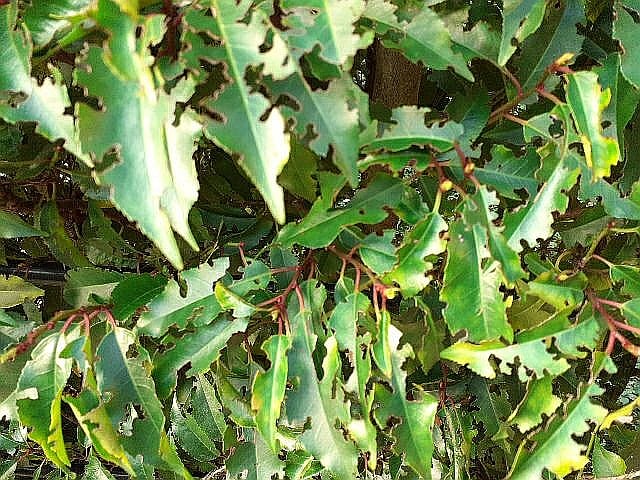