Look Out for Asian Hornet queens coming out of Hibernation 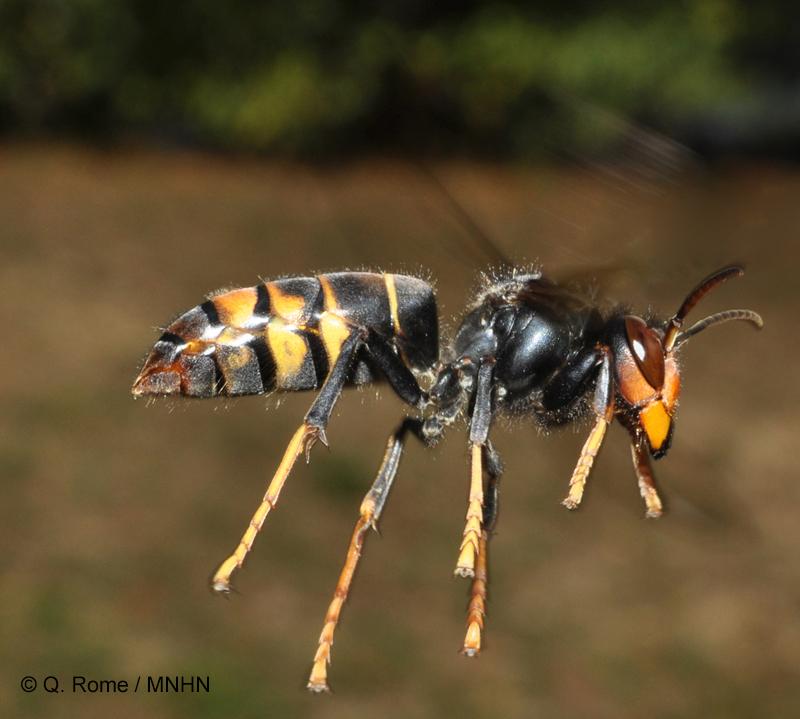 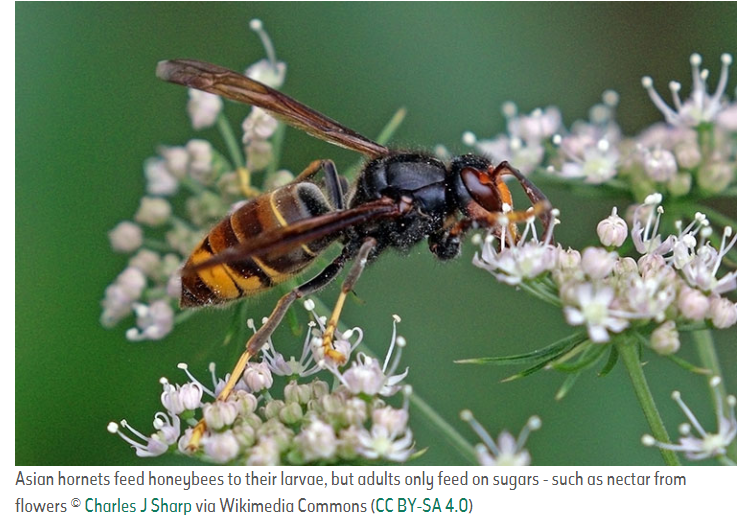 NOTE the dark head (with orange face), BLACK thorax, and DARK Abdomen with yellow/orange marking.  Also YELLOW OUTER JOINTS OF LEGS distinguish this hornet from all our bees and native hornet.

THIS IS THE TIME OF YEAR that all gardeners need to  start looking out for Asian Hornet Queens coming out of hibernation.    Last year there were several  reports of this predator of pollinating insects along the south of England and one in Tamworth, Staffs.    A number of nests were destroyed having been tracked down by the National Bee Unit (NBU) who again this year are waiting for reports and gearing up to send out teams of Inspectors to deal with any reports of Vespa velutina.

Queens are produced by colonies in autumn and after mating these reproductive females seek out places to hibernate during winter, reappearing on warm spring days to feed up on nectar produced by early flowering shrubs, especially single flower camellias from their native region in south east Asia.    They also look for places to establish their primary nest which can be built almost anywhere their is some shelter.   In Jersey primary  nests have been found in sheds, carports, porches, barns, house eaves, conservatories, low bushes and over hanging rock formations......in fact anywhere with easy access but offering some shelter to the new nest.


If you spot one of these insects try to take a photo ( if approached carefully they are docile and will stay feeding on nectiferous flowers unconcerned at having their photo taken and often returning to the plant or bush  supplying the nectar) which can be sent via the Asian Hornet Watch APP (   https://play.google.com/store/apps/details?id=uk.ac.ceh.hornets&hl=en_GB)  to the Center fore Ecology and Hydrology, who will pass the report to the appropriate government body Alternatively the photo can be e-mailed to:

Include details of the location, preferably with a Ordnance Survey grid reference

Assistance with any suspected sighting where evidence cannot be obtained immediately can be sought from your nearest AHAT  (Asian Hornet Action Team).   Details of contacts can be found on the British Bee Keepers Association interactive map at :

Asian Hornet, Vespa velutina nigrithorax, is a voracious predator of all pollinators and bees. If it is allowed to become established here in the UK it poses a serious risk to our insect fauna.  On the continent since 2004 it has spread widely from France thorough Spain, Portugal, Italy, Belgium and Germany, where diminishing pollinator populations are threatening fruit crops. It is also causing problems in the wine producing areas as large numbers of workers feed on the ripoe grapes at the end of the year and cause picker to get stung severely.     Although the sting is no more serious that the sting of our native Hornet
Vespa crabro, the European Hornet, pictured below. 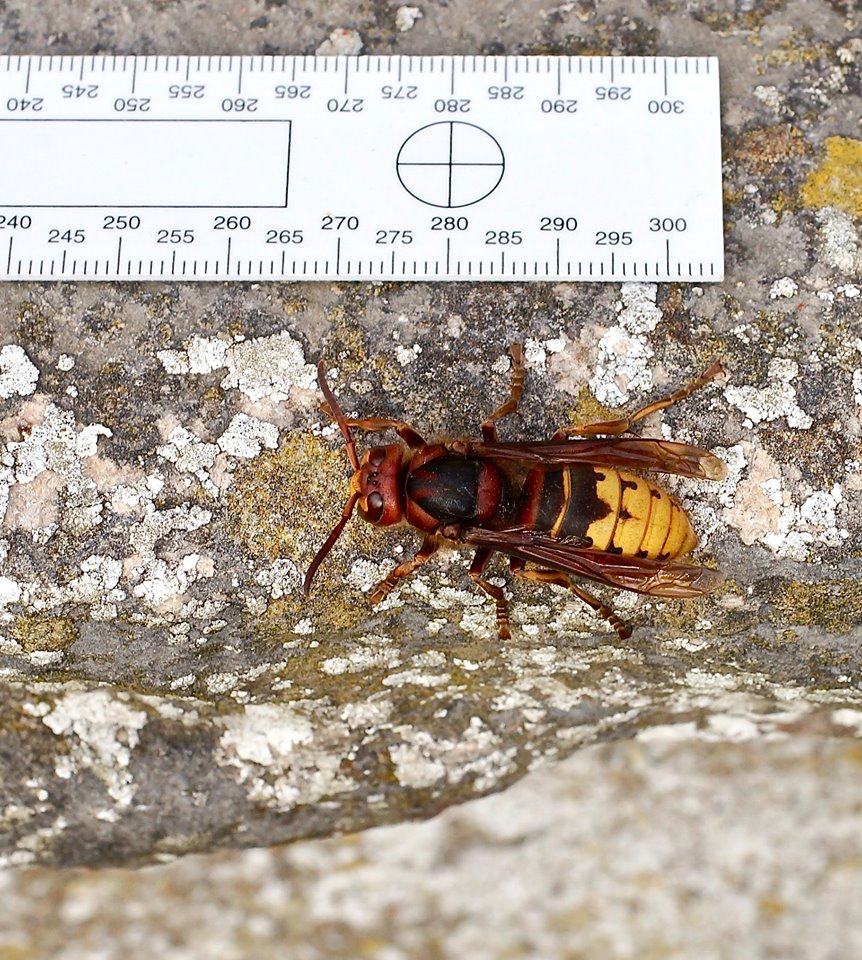 Picture : John de Carteret, Jersey.
Note the Yellow head brown on Thorax and wasplike marking on Abdomen  Asian Hornet is smaller than this insect at about  25-30mm.


Please keep a look out for and report Vespa Velutina, Asian Hornet this spring If you see one.  Visit https://www.ahat.org.uk/   for more information