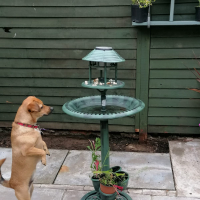 paulconnery61 Posts: 13
February 2020 in Problem solving
Hi, I was wandering if anyone had trouble with blooming heather or the lack of it,last year I purchased a heather plant Darleydale nice purple bloom but this year no blooms, what am I doing wrong can anyone help with this problem Thank you Paul  antrim  N.Ireland
0