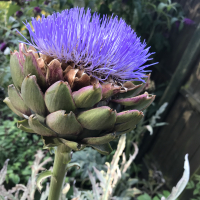 Ana9 Hooton, CheshirePosts: 21
January 2020 in Plants
I'm hoping that someone can help me, a couple of months ago I took rose cuttings for the first time and they are coming along nicely, or so I thought until I saw my favourite one looking like this...  I've read that they should have 5 leaves and if they have 7 they are the suckers...?  Any advice would be greatly appreciated.