Anyone cook - or not cook but throw things together - out there? 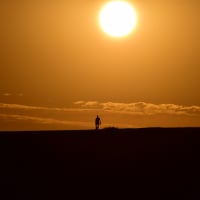 steveTu UK - South Coast Retirement Campus (East)Posts: 2,258
December 2019 in The potting shed
We always had a large trifle (done in a large punch bowl) for Christmas - lasted days when there were eight plus of us, but now we're down to four and only two like trifle - so I scrape the blue stuff off the top and still eat the trifle in Feb ...
So this year I thought of doing something different - I saw Nigella (don't like the woman personally - or at least I don't like her screen persona) make an Italian Pudding Cake and thought '..I could bastardise that...'.
So does this sound edible?
I am going for the same Lasagne type layers using pannetone or pomdoro - but one layer will be custard (Ambrosia of course) with mixed fruit (the orange/lemon peel one - soaked in a mix of orange juice and Grand Marnier (or some such) overnight) and the top the creamed marscapone with choc chips and pistachios. Topped with simple whipped cream (and I think the same pomegranate seeds). The marinade for the mixed fruit will be used to 'dampen down' the bread layers.
So :
Pomdoro dampened with Liquer and orange mix.
Custard and rehydrated mixed fruit.
Pomdoro again.
Mascarpone with choc chips and nuts.
Pomdoro.
Cream topped with pomegranate.
If you saw that in a cafe would you think '..what fool thought that up...' or would you give it a go?
I hate wasted food - and I don't fancy it in sandwiches till it runs out (although it may be fine toasted thinking about it).
UK - South Coast Retirement Campus (East)
0
«1234»