Is this honey fungus?

ruth.walton Posts: 2
October 2019 in Problem solving
Thinking of buying a property. Noticed a dead tree stump in garden which current owners cut down because it was “leaning”. Nearby is a healthy holly seedling but beside that a large conifer which is dead. They say it died in the past year. Other plants dont look to be thriving but it’s autumn so difficult to tell. Noticed some fungi which do not look much like honey fungus, ( 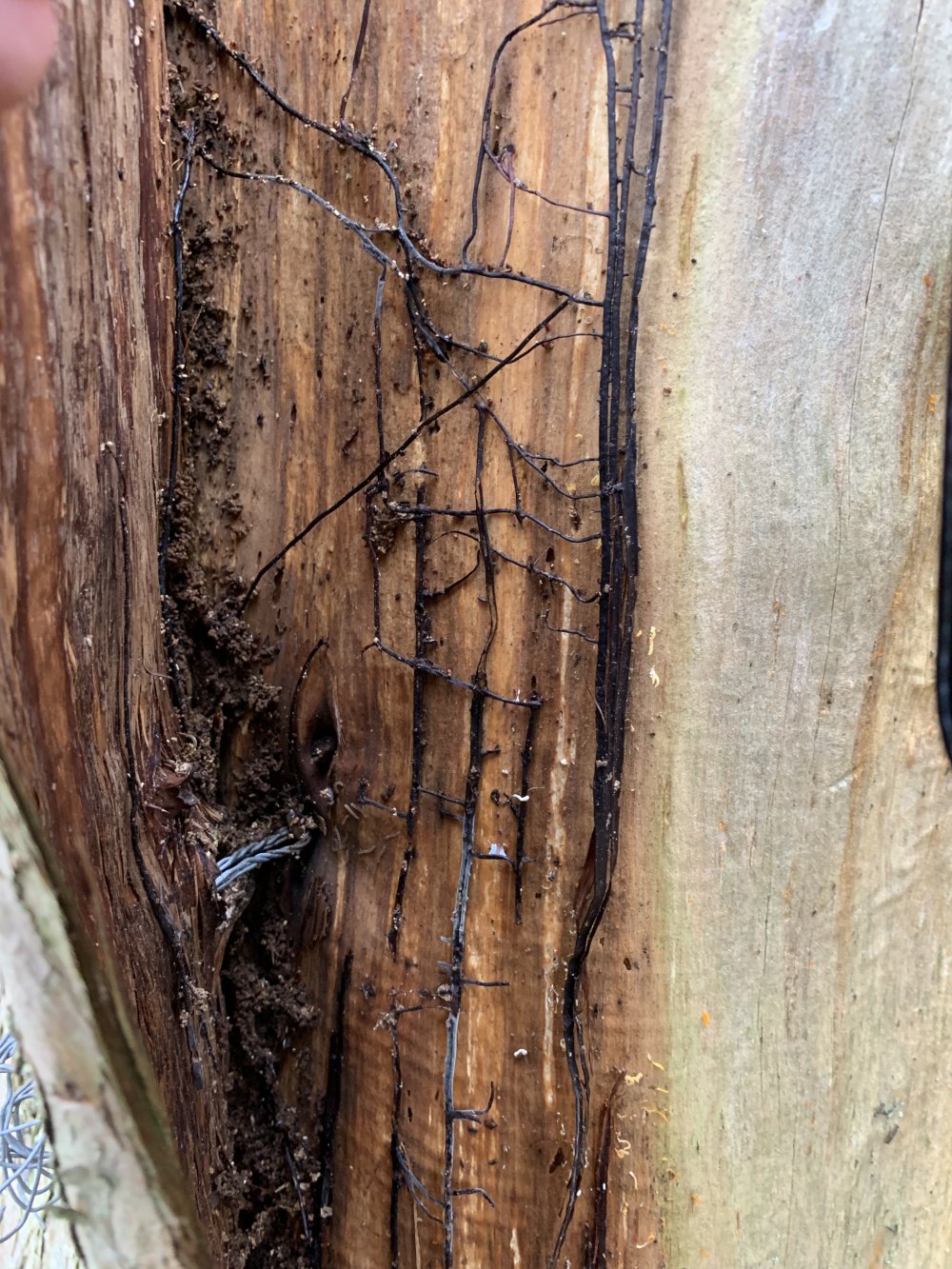 but they may have been affected by frost) however, peeling back bark on tree stump reveals black rhizomorphs. My question is, is this a definitive sign of honey fungus or could it be something else? Pic attached. Thanks!
0