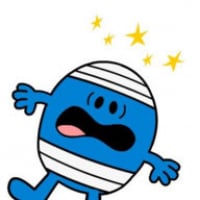 mikeymustard Posts: 495
October 2019 in Tools and techniques
I found these in our local garden machinery shop after reading GW's review (in which they were given a "best buy"). The owner, who I know to be a genuine guy couldn't praise them enough, so I decided to give them a go.
They were around £23 so about midrange price-wise.
They seem to be an exact copy of a Felco no.8! The shop also had a model which looked like a copy of the Felco 7 with the swivel handle.

A couple of months ago I bought my partner a pair of Felco model 2, so I thought it might be fun to compare the two

I paid twice as much for the Felco's but on the surface there really isn't much to choose between them: they both have cast and anodised aluminium bodies, the silicon grips seem to be of equivalent quality, all parts are replaceable and both have a lifetime warranty.

Felco don't say what grade of steel their blades are made from, but their reputation speaks for itself. Darlac state the steel they use as SK5 which is a well known Japanese steel ideally suited to bladed tools, so should last well.

Of the two, the Felcos were smoothest out of the box, which you would expect. The Darlacs had a very slight notchiness to the action, but so slight that if I didn't have the felcos to compare, I probably  wouldn't have noticed (also if I dismantled and cleaned them I bet I could get rid of that gritty feeling). On the other hand, the lock on the Darlac seemed easier to operate, though again, cleaning and adjustment would probably equalise them.
The blade on the Darlacs was noticeably sharper than the one on the felcos, but in use that sharpness didn't really equate to any better cutting, they both slice through branches like nobody's business, with no twisting whatsoever through the bigger stuff.

Only time will tell whether these secateurs really match the felcos for quality, but my first impressions would suggest that they offer a very good value option for anyone who wants a quality tool but is, for whatever reason, not quite ready to lay best part of 50 spuds on it.
Of course, they might fall apart in 5 minutes, but they do seem too well built to do that!

Now I'm really tempted to give the swivel-handled model a go, but for balance I'd feel obliged to buy the felco model 7 as well, so maybe I'll pass... for now