New dog owner - what to do with existing plants 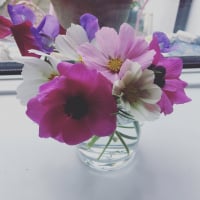 fizzwhizz Posts: 94
October 2019 in Plants
We are happy new owners of Harvey, a rescue dog. Can any dog owners out there provide reassurance / advice on what I should do about my garden plants - i have so far compiled a list of everything i have to cross-check toxicity. Some clearly are not ok e.g. foxgloves, ivy, hydrangea and I know lily family is a no to plant in the future. The internet as usual is contradictory in places. Will a dog really chew a hydrangea?! It seems most things I have are toxic if ingested in large quantities whereas a couple of others are immediately deadly - do I err on side of caution and remove everything noted as toxic to the tiny front / side garden which he can't access? Harvey is a grass eater so shall I grow a patch of grass in a flowerbed (as we have all hard landscaping and borders) for him to eat to avoid him eating other things or is this likely to encourage him to eat the borders?!