ElizaRose East AngliaPosts: 121
October 2019 in Problem solving
Ok, I’ve complained about my absentee neighbour and how she has let her shrubs and trees go overgrown. She finally appears to say that her tree surgeon is going to remove the large cypress and cut back shrubs on our side. I gently explained that by cutting the cypress totally down that she will lose a sound barrier (we live by railroad tracks and a carriage wash facility is also now being built behind us). Also that she had beautiful climbing roses towards the back. She seemed to agree about the roses.
I then see the planning permit and that she also intended to cut down a weeping birch. I’m glad that the other neighbours commented on how they valued the birch - the town took a tree protection order on it.
We were given an evening’s notice that the tree surgeon was coming. I briefly saw them and her in the morning, thinking she had taken on board at least what I said about the roses, I went to work. When I came back, my husband warned me that it might be a bit of a shock at the back.
Well that was an understatement- everything was totally levelled - one beautiful climbing rose was levelled to a 7in stem; the other one also but luckily a thin stem which I had brought onto my side was kept. Every else was gone, levelled to the ground- a buddleia, a couple of cotoneasters, and a lot of plants in the middle of her garden. The large acer seems to have had a major branch lopped off - perhaps that was necessary but they left all the ivy on it, and I’m pretty sure I see more dead tree in there. View from my upstairs (our garden on the right is a bit of a mess due to work we had done- decking and trellis and new shed): 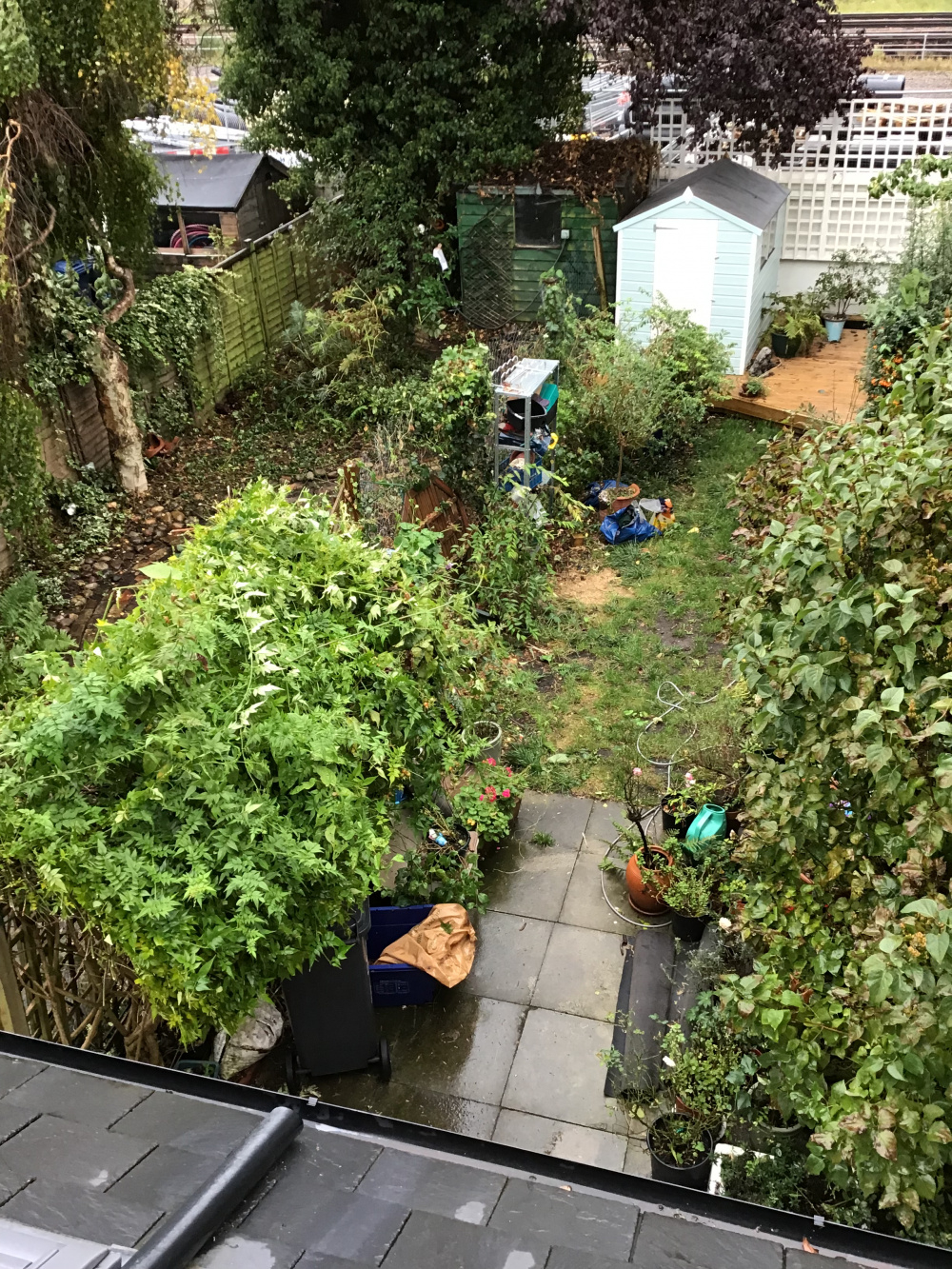