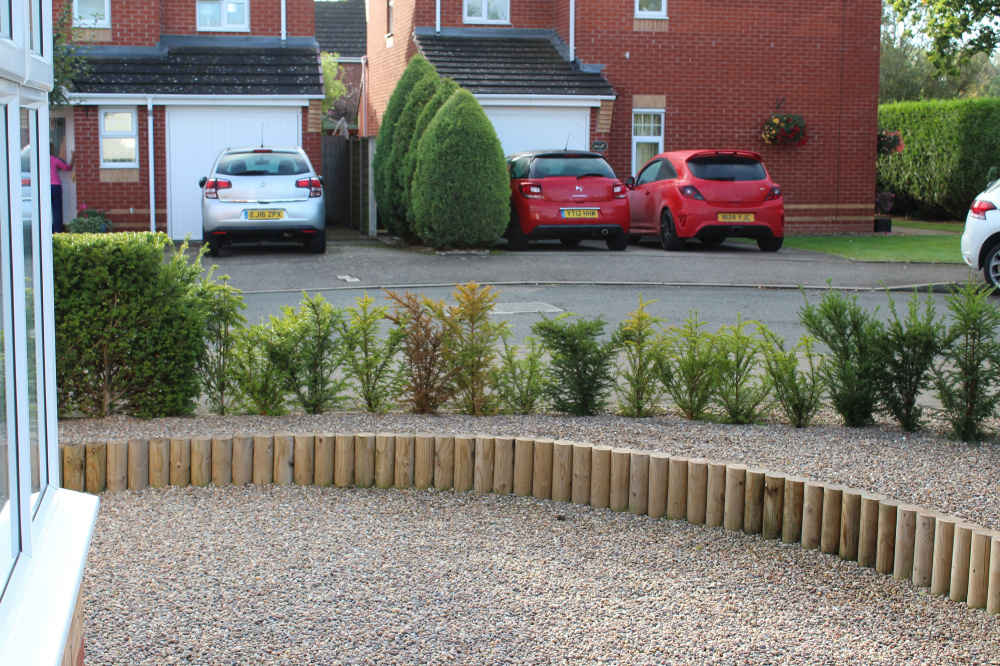 We remodelled our front south facing garden two years ago (autumn 2017), taking out a large birch tree that was sucking all the moisture out of the soil and preventing a yew hedge that was planted in 2009 and other plants from establishing. We replanted a section of the hedge where the birch was and covered the whole area with two inches of gravel over a geotextile membrane.

The following summer (2018) one isolated yew died quite suddenly which I put down to bad luck. Then a row of five plants died which I attributed to vine weevil as we had problems in the past. So I treated the soil with a nematode and also the replacement plants whilst still in the pots. I planted the replacement yews this spring (2019) and kept a close eye on them, watering during dry periods. However, at the start of this month (September) two of the yews that were planted in the autumn of 2017 started to die back and now look quite sickly and the replacements that I planted in the spring of this year are a much lighter green colour than when planted.

I've ruled out vine weevil as the likely culprit as none of the yew plants exhibit distinctive notches in the leaves, plus the adults would have to burrow through two inches of gravel and a membrane in order to lay their eggs. I also don't think its a case of too much or too little water. From research online, honey fungus is a possibility although yew plants are supposedly quite resistant. I've pulled back the gravel and lifted the membrane around the two most sickly plants and can't see signs of the distinctive white fungus around the base of the stems, but I can see apparently healthy roots although I'm no expert. Also when I scratch the stems in places the wood beneath is quite green and healthy looking.

So I am at a loss to explain why the replacement yews keep dying off. In addition, one of the yews in the established section of hedge planted in 2009 has also started to turn a bright green-yellow colour with brown bits.