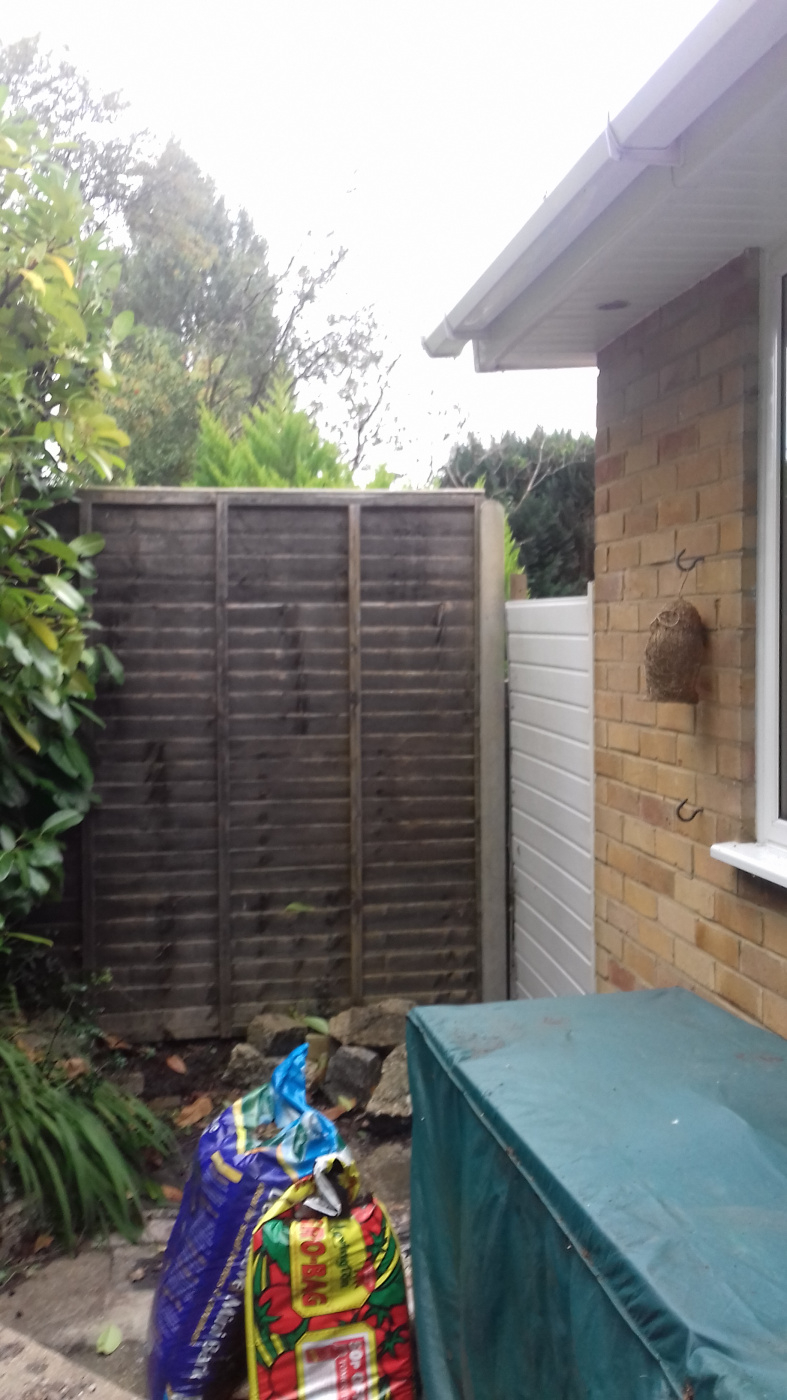 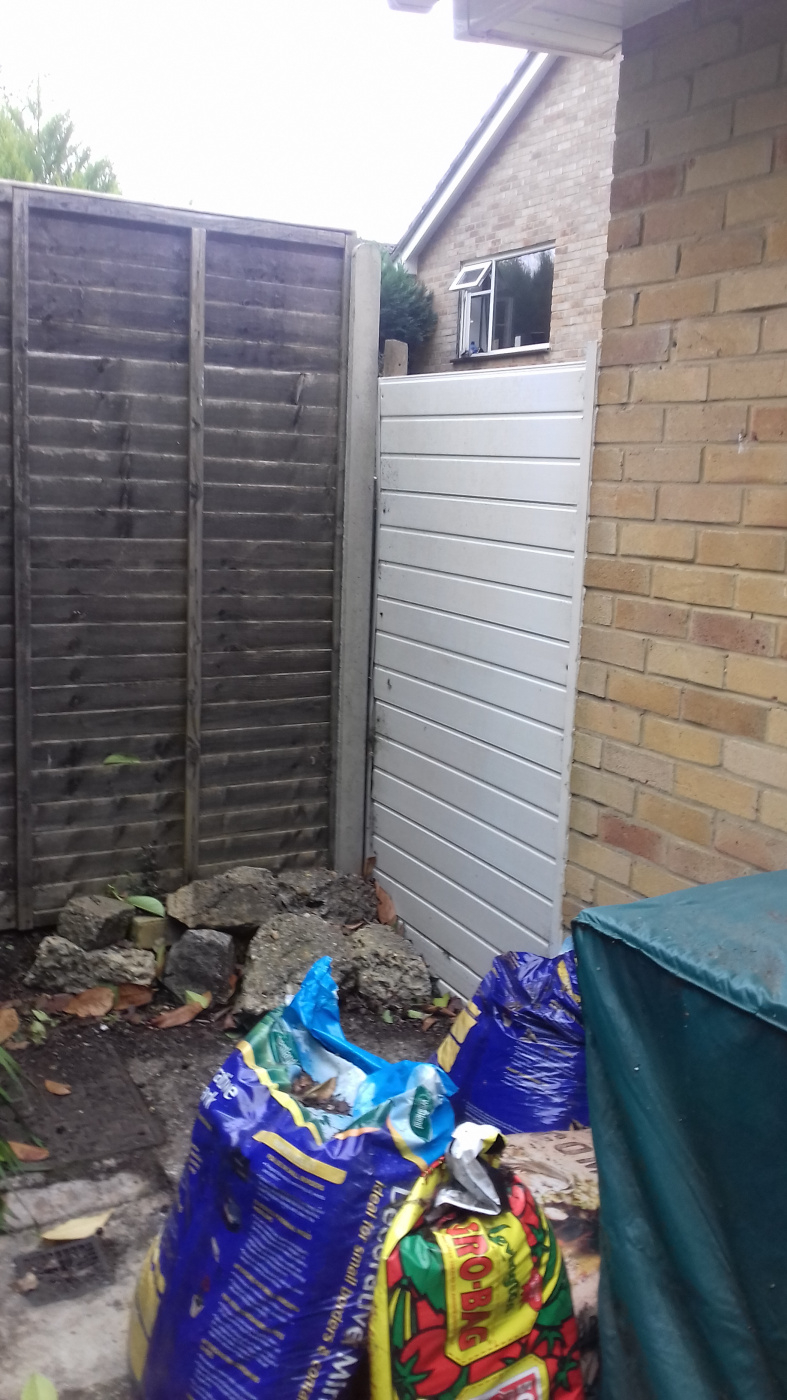 I've an east facing part shady corner where I'd like to put a large pot or two (there's a drain there so I can't dig out the concrete) to give a little privacy (sorry please ignore the bags of compost). I'd like something that grows to around 8ft. I can get either a huge pot or a couple of large ones. My garden is mainly cottage garden but I'm flexible in this corner. I'd even consider a small tree as it's mainly summer privacy I need.
The top will get morning sun and the whole area gets late afternoon/evening sun.

I'm a bit paranoid about bamboo as I've heard the horror stories and I'd hate it to spread. Sorry I'm pretty ignorant on it. Do they self seed? Or are you safe if it's in a pot?  Can you even grow them in pots? If I put it in pots will I end up with my neighbour cursing me for any bamboo popping up in their garden?

I saw some bamboo today called phyllostachys Nigra and  one called Aureosulfate.  Which looked like it would work and was ok with partial sun (although it's get more at the top than the bottom but that's where I need the leaves).

Any other suggestions welcome please.