I live in a condo, and recently it seems like some yellow jackets have made up shop right next door at the empty apt. next to mine. The hive appears to be inside the actual building, but I've only seen the wasps hovering outside. I have found one or 2 dead wasps inside my own home, but I just assumed they flew in with me when I enter/leave my house.

That being said, today I was cleaning my kitchen, which is directly adjascent to my neighbhors apt. (the wasps also like to hover outside my kitchen), and found the bodies of 3 dead wasps. Based on the discoloration, I could definitively tell one was old, and 2 were relatively new. What was weird though is next to these guys were ~10-20 little solid round things. They look like tiny beans. Now I do keep spiders in my house, just to kill any flies and other stuff that come flying into my house, so I don't know if these are insect/spider eggs, the dried up bodies of wasps, etc. 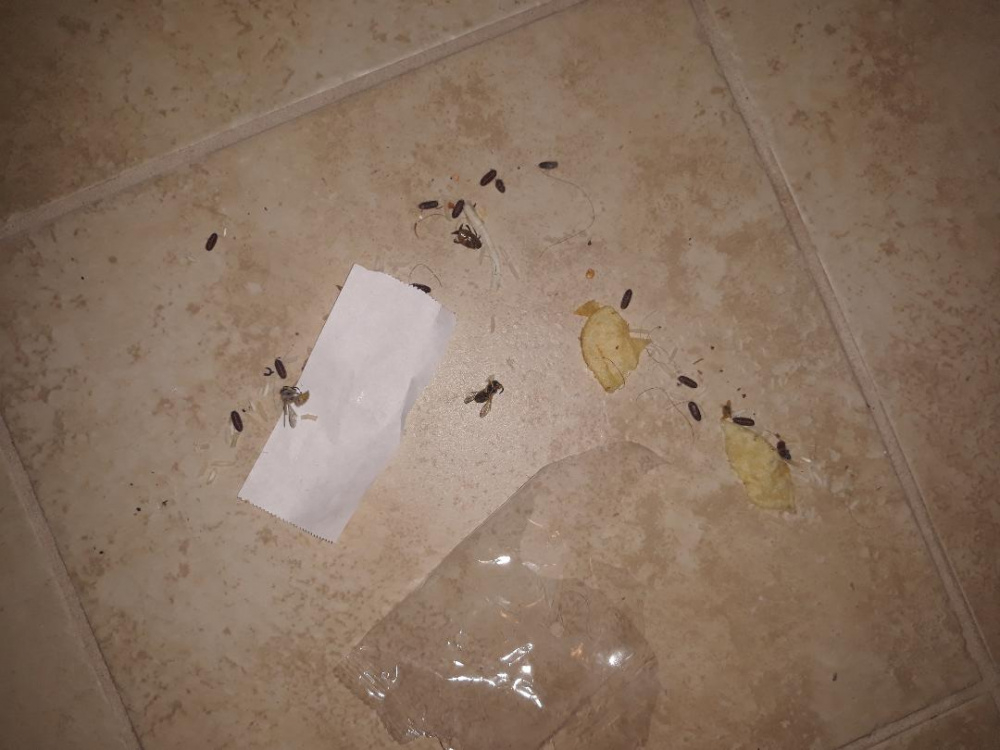