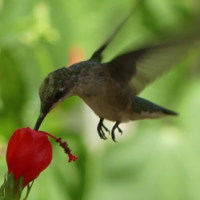 PeggyTX Posts: 556
July 2019 in Plants
When we bought this house 4 years ago, there was a leggy rose bush that was in almost total shade, with little chance of that ever changing, as a mature red oak is nearby shading that area of the garden.  It didn't bloom for 2 years so I had no idea what it was, but realized it must be a climber.  Then it set blooms 2 years later and I researched the net, asked on my other garden forums and the conclusion was that it was a red and white striped Fourth of July.   Deciding it was never going to do anything in the shady spot where it was planted, we dug it up 7-10 days ago, after a heavy pruning of all leggy limbs.  I'm here to tell you it has recovered already from the shock and is putting on new growth already! 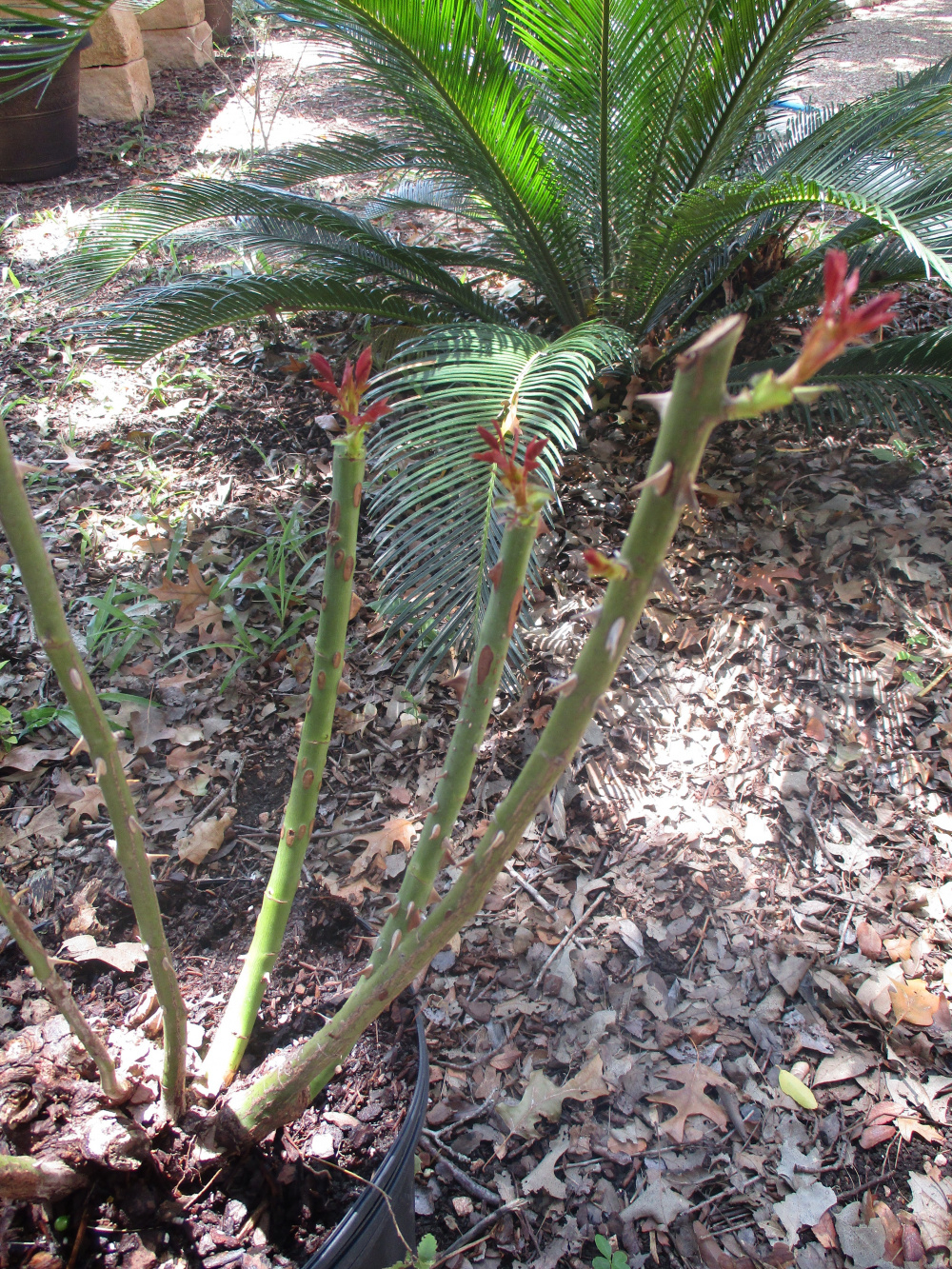 I'm plan to take it down to our cabin property and plant it along the chain-link fence around the yard there.  Will train the new limbs horizontally in hopes it will shoot off lots of new upright branches and ultimately more blooms. I've never had many roses over the years and wonder if I should pick a spot on the fence in full sun, knowing that TX heat from July-end of September is ALWAYS like the heat wave you are currently experiencing in the UK (38-40ºC).  Or do you think I should I pick a spot along the fence that is partially shaded by hickory nut trees there?  We only drive down there every 2-3 weeks, so water will be stretched that far out both in summers and winter as well.
My low-carb recipe site: https://buttoni.wordpress.com/
0