wild edges The north west of south east WalesPosts: 8,598
July 2019 in The potting shed
Well we've got a garden gallery but it always feels odd adding house plant photos to that so maybe we need a separate thread for our indoor plants?
Maybe I'll start it off with a tillandsia, which after weeks of slowly changing colour and growing a tall flower spike is now finally flowering. I think the hot, muggy weather recently has really helped it. Not a spectacular flower after all that wait though sadly. 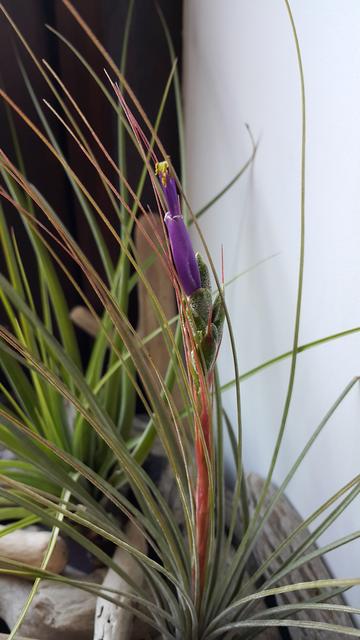