KitBMiller Posts: 33
July 2019 in Problem solving
Hi, I bought an Acer Palmatum Taylor just over a month ago. It is in a pot in compost advised; ericacious and John Innes. There's a hole in the bottom of the pot and crocks for drainage. I was was watering small amounts regularly. Its in a semi shade position. After a few weeks the leaves had a whitish film over them. They then started discolouring and shrivelling. In the heavy rain a couple of days they mostly fell off and I have a whitish film over the bark. It didn't look to me like powdery mildew as the underside of the leaves weren't particularly affected. I don't know what to do with it. Is there any hope for it coming back next year please?  Thanks 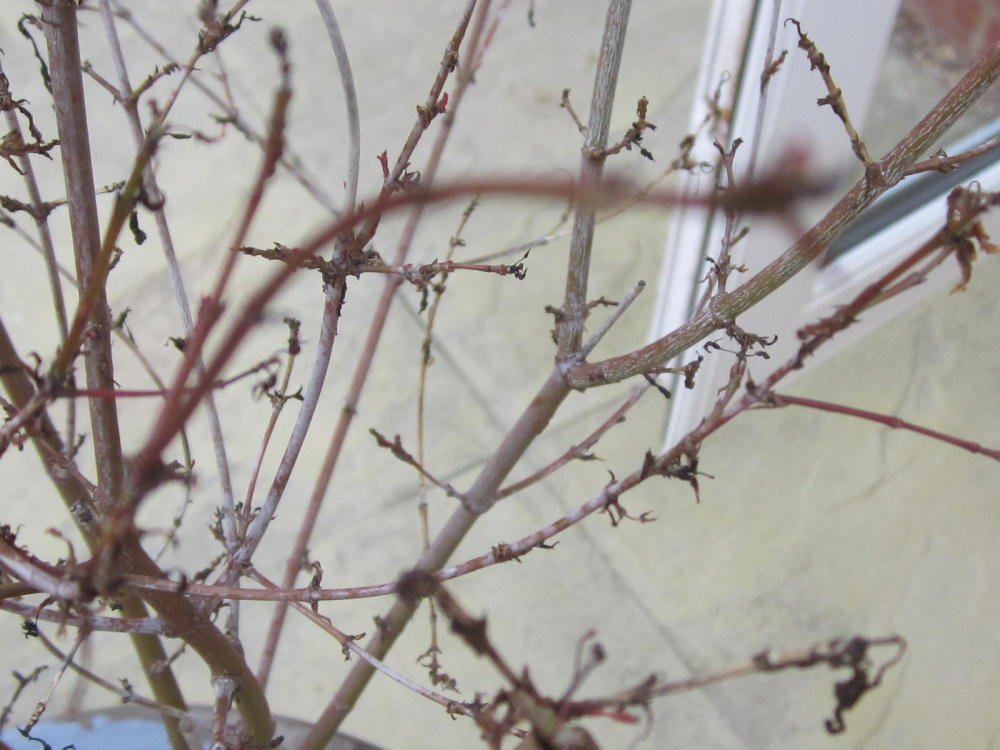 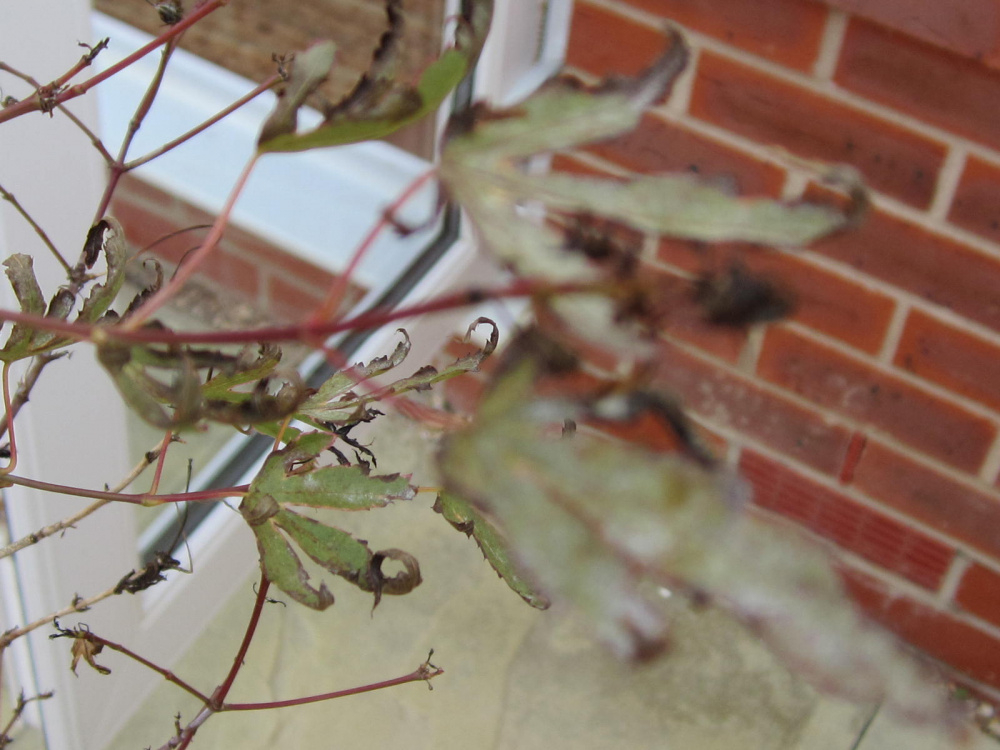