Finchesgirl Posts: 28
July 2019 in Problem solving
I planted this Salix too close to a fence and it has only grown one side. I've now moved it into more space last autumn and it has still got life, but needs attention. Shall I remove the dead branches underneath the greenish canopy, now or later? And the same for the long branches not in green leaf? And how do I stimulate growth on the other side? I keep watering it and have mulched it in spring. I guess it may take some time to get more even. Advice welcome. 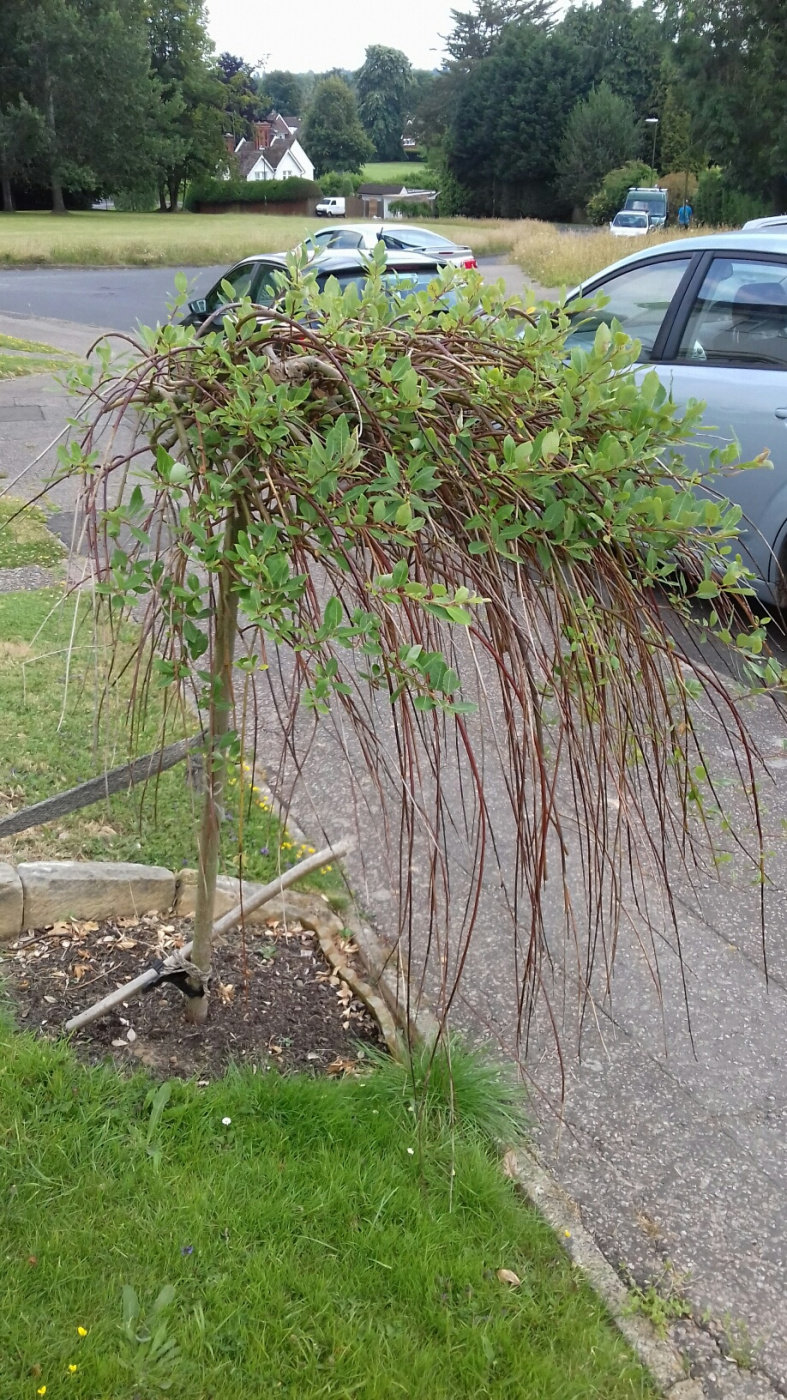 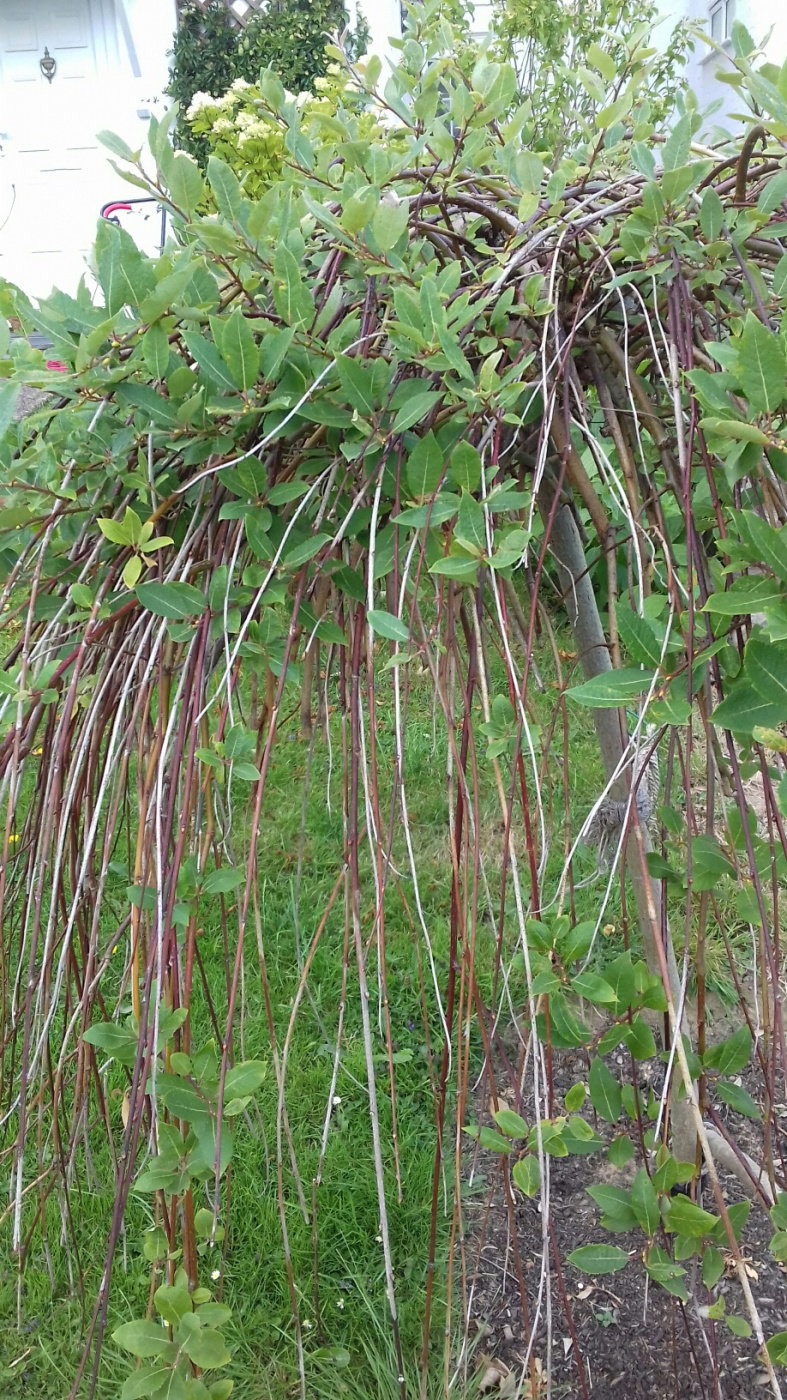 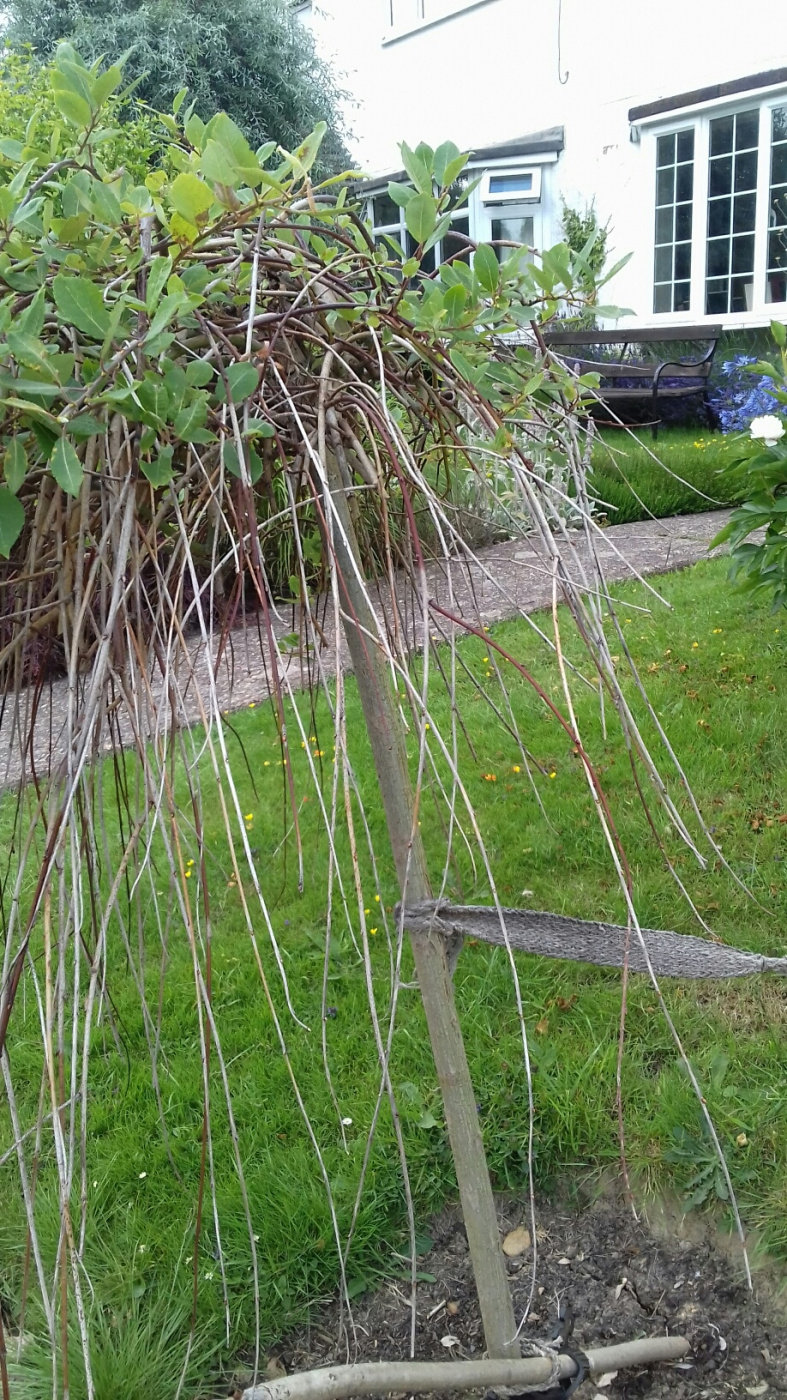 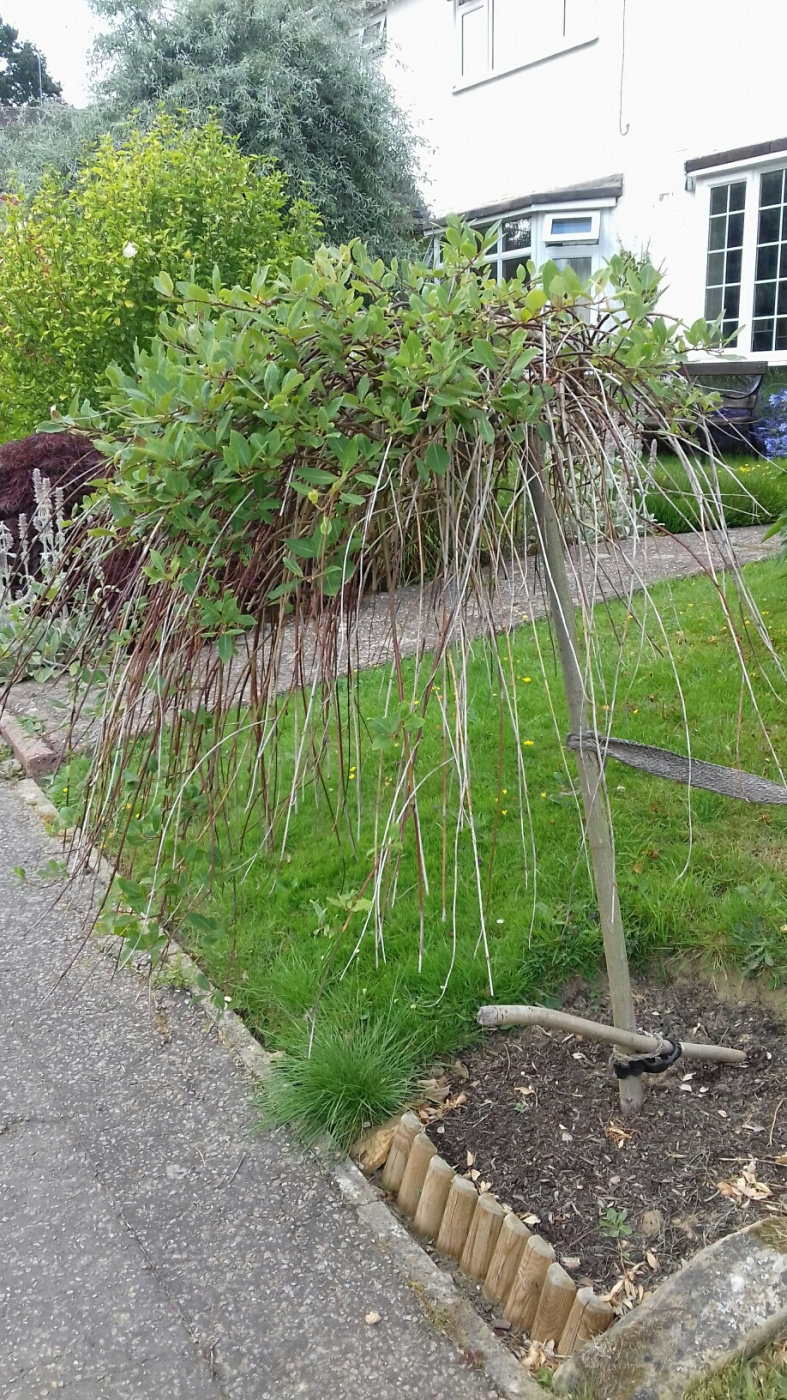