Liz88 Posts: 40
July 2019 edited July 2019 in Problem solving
This Kilmarnock Willow has been in my garden for over 40 years. It drives me nuts because of rust, usually in August, but I keep it because of its great shape in winter. To be honest, all I do is cut it up about 18" off the ground each year.
This year for the first time since I lived in this house, about 32 years, the tree flowered in Spring.
Last week, I suddenly noticed the leaves on the tree had gone brown and curled all over, except that most twigs have one green leaf at the very tip - not sure if they're indicators that the plant is still alive, or if they're the last to go brown.
Added: actually I can see from the close-up pics that there are plenty of buds, so the tree seems not to have died
Although we had that very odd hot spell in late winter/early Spring, and we've had lower than average rainfall this spring,  it's unlikely to be lack of water, we've still had plenty of rain (SW Scotland) and the rest of that area of the garden is thriving like never before. It's in an area which used to be the front lawn, but that was removed about six years ago and turned into a large raised bed, and tons of new topsoil and compost were added at that time. 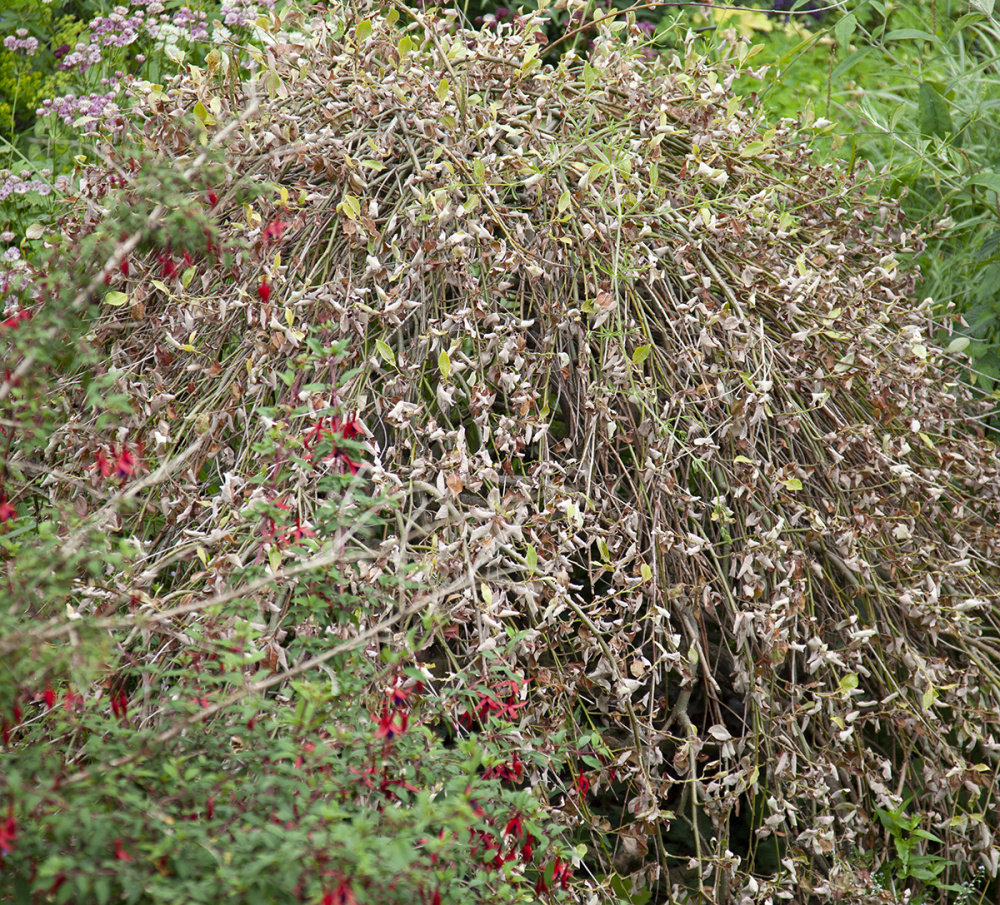 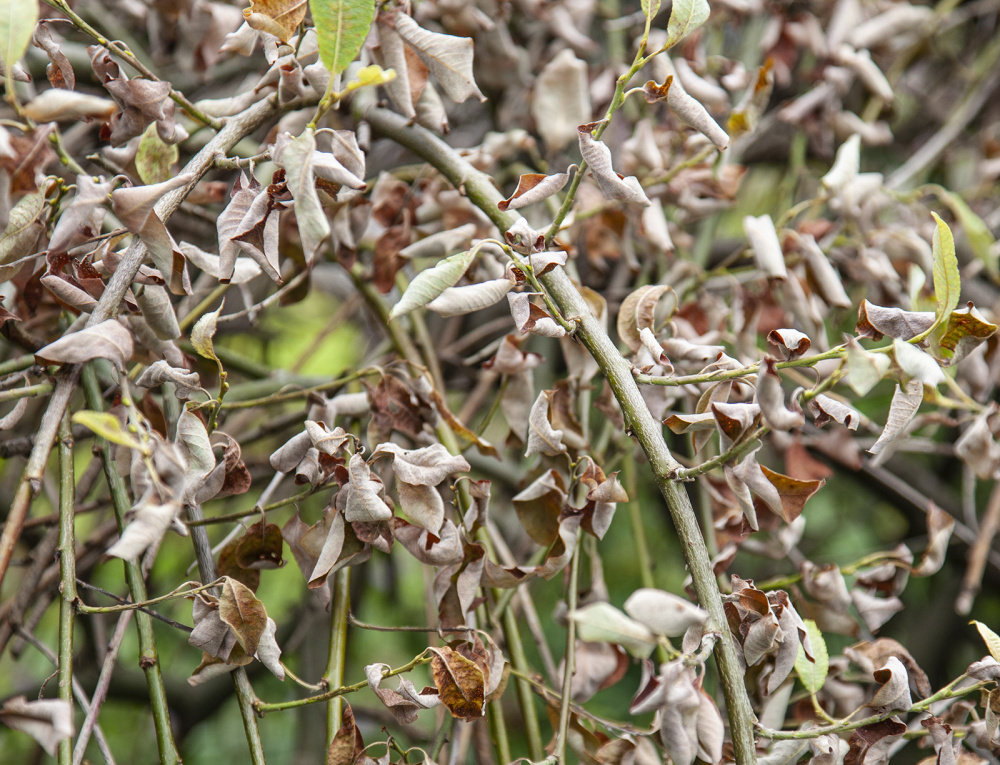 Anyone know what the problem is and what, if anything, I can do about it?
TIA
0